Who Will Be the Next Host of the Phoenix Force?

Warning! This article contains spoilers for today's AVENGERS #40, so read on at your own risk, True Believers!

For decades, Jean Grey and the Phoenix were synonymous with each other. But ever since PHOENIX RESURRECTION: THE RETURN OF JEAN GREY (2017), the Phoenix Force and Jean have gone their separate ways. More recently, the Phoenix returned to Earth in AVENGERS #36-37 during "The Age of Khonshu," and Marc Spector (AKA Moon Knight) was briefly chosen to wield the Phoenix’s power. Now, the Phoenix wants a more permanent partnership with a more suitable host.

This week, writer Jason Aaron and artist Javier Garron officially kicked off "Enter the Phoenix" in AVENGERS #40. Take that title literally, because it looks like several of Earth’s heroes, and even a few villains, have been drawn within the Phoenix itself. But only one will emerge as power incarnate...

Shortly after "The Age of Khonshu," the Phoenix built its new nest near Avengers Mountain. While the Phoenix hasn’t seen fit to communicate with them directly, Black Panther had the inventive idea of speaking to the Phoenix by linking himself to a deceased Celestial, whose body comprises Avengers Mountain itself. T’Challa only wants to know why the Phoenix came back to Earth. Yet the answer came from King Namor, the Sub-Mariner.

During AVENGERS VS. X-MEN, Namor was one of the Phoenix Five, along with Cyclops, the White Queen, Colossus, and Magik. Namor claims that he summoned the Phoenix back to Earth, and he intends to “marry his fiery queen.” Notice that none of the other Phoenix Five are eager to reunite with the Phoenix. Even Jean Grey is keeping her distance. Fortunately, Wolverine is representing the X-Men by attempting to stop Namor’s ambitions.

Wolverine and Namor were once teammates on the X-Men, but now the Sub-Mariner has the Defenders of the Deep to back him up in his conflict with the Avengers. All of this fighting must have captured the Phoenix’s attention, because it erupted from its volcanic nest and enveloped Avengers and Defenders alike. In its wake, several prominent combatants were taken from the battle as the Phoenix flew away.

Within the Phoenix, Captain America found himself in a life and death battle with Doctor Doom. However, both Cap and Doom were empowered by an aspect of the Phoenix. There were some echoes to the classic SECRET WARS (1984) #12, when Doom fought Cap for the fate of Battleworld and the lives of everyone on it. At the time, Doom had stolen the Beyonder’s god-like powers...and he still lost to Cap because he couldn’t handle those abilities. Doom’s subsequent stint as God in SECRET WARS (2015) suggests that he never learned one of the key lessons of his life: perhaps he’s simply not meant to be all-powerful. 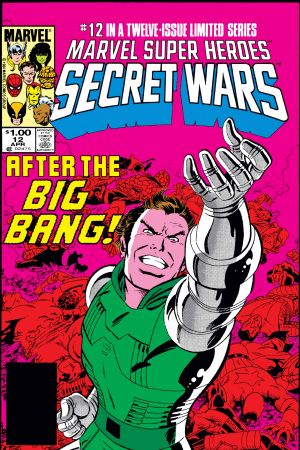 As for Cap, he remains with the others chosen by the Phoenix as potential hosts. Along with Cap, the usual suspects are there: Black Panther, Wolverine, and Namor. Yet the Phoenix has cast a much wider net this time. Among the other contenders are Shang-Chi, Black Knight, Man-Thing, Echo, Shanna the She-Devil & Zabu, Jane Foster, Nighthawk, Luke Cage, Moon Girl & Devil Dinosaur, and Howard the Duck?!

Who will emerge as the new Phoenix host?

We’ll learn more as "Enter the Phoenix" continues at your local comic shop with AVENGERS #41 on Wednesday, January 20!