Learn all about the writer who created Longshot and Typhoid Mary!

Ann Nocenti easily earned a spot in the comic history books by taking over DAREDEVIL after Frank Miller’s epic run and taking the book even further than her predecessor while also exploring many socially conscious themes. However, her career at Marvel started earlier in the decade after she graduated from college. Nocenti worked as both an editor and a writer at the House of Ideas, making her debut on 1982’s BIZARRE ADVENTURES #32.

From there, Nocenti started editing NEW MUTANTS and UNCANNY X-MEN while also writing books like SPIDER-WOMAN—she’s even dressed as Tigra on the cover of issue #50—and limited series like FIRESTAR and BEAUTY AND THE BEAST starring Dazzler and Beast.

In 1985, Nocenti teamed up with Art Adams to create the six issue LONGSHOT limited series which not only introduced the luck-altering main character, but also ratings-obsessed villain Mojo and his sword-wielding assistant Spiral. All three have become major players in the Marvel Universe since then. 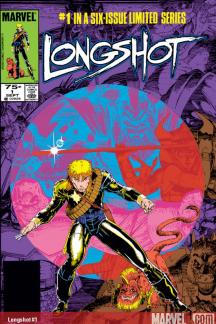 As mentioned above, Nocenti took the reins of DAREDEVIL after Frank Miller left with issue #233. Nocenti debuted with #236, and, starting with #238, became the regular scribe on a run that lasted over four years, ending on #282 with only a few fill-ins along the way. During that time, she introduced off-kilter villain Typhoid Mary and also dealt with issues like sexism, racism, and the potential problems presented by nuclear power and weapons. Starting with issue #250, John Romita, Jr. became the artist on the title; Nocenti’s dark, gritty scripts offered him the perfect opportunity to showcase his hard-edged style.

In the 90’s, Nocenti first moved on to work at other comic companies, but then settled more into the world of publishing, editing magazines like “High Times” and writing for a variety of other publications. Whether working in comics or elsewhere, Nocenti’s always been fearless about presenting different ideas and themes that she felt needed to reach the most eyes as possible, influencing a generation of readers in the process. 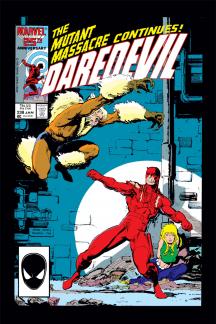 Nocenti alongside artist Romita, Jr. introduced the world to Typhoid Mary in the pages of DAREDEVIL #254. Mary made her presence felt immediately by taking on fellow criminals in an attempt to gain a foothold in New York City’s underworld. Though unstable, Typhoid proved a strong leader, with her first henchman even noting, “You treat me like you’re the man and I’m some girl.” The issue also delved into her origins, noting that she had two personalities going back to infancy. Mary remained quiet and timid while Typhoid proved brazen and rash, and exhibited telekinetic abilities. Kingpin found all of this out and offered her a million dollars to make Matt Murdock fall in love with her and then destroy him. For even more Nocenti-penned Typhoid Mary goodness outside of DAREDEVIL, check out MARVEL COMICS PRESENTS #109-116 and #150 and #151.