The ranks of female heroes stretch far and wide in the Marvel Universe, and while not all of them take the spotlight, they all posses the strength and heart that make them champions.

Here’s a rundown of 10 of our favorite lesser-know Marvel women who deserve greater recognition for their feats.

The Cat – CLAWS OF THE CAT #1
Widowed when her police officer husband died in a shooting, Greer Nelson took a job as assistant to a scientist and gained heightened reflexes and mental abilities through experimental treatments. Greer operated for a short time as a costumed hero called The Cat before being transformed into the hybrid heroine Tigra by a lost race of Cat People. 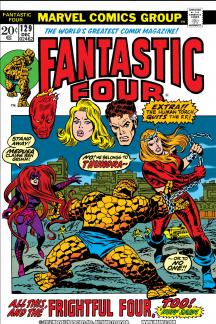 Read
What is Marvel Unlimited?
Thundra – FANTASTIC FOUR #129
Hailing from an alternate Earth future, the warrior woman named Thundra hit our time to find the world’s strongest male to fight, but ended up as first a super villain and then a hero. Thundra befriended The Thing early on, and later other of Earth’s heroes and a troop of wrestlers, with whom she learned about both treachery and friendship.

Sabra – INCREDIBLE HULK #250
Ruth Bat-Seraph used her mutant powers to augment not only her own natural abilities but also those of others to become one of Israel’s first super heroes. She fought The Hulk early in her costumed career and clashed with other good guys over such divisive policies as the Superhuman Registration Act, but remains a constant crusader for her people.

Silver Sable – AMAZING SPIDER-MAN #265
A businesswoman and mercenary leader, Silver’s known as a ruthless hunter of war criminals as well as an expert weapons-handler and combatant. Though she’s put her career before all else in the past, she’s been known to aid heroes if mutual goals present themselves, proving her cold heart might just be gold-plated.

Polaris – UNCANNY X-MEN #49
The mutant mistress of magnetism, Lorna Dane fashioned herself into a hero after meeting the X-Men and believing her father to be the evil Magneto—which later proved to be true. After many adventures and conquering challenges to her mind and powers, Polaris took on the role of leader over X-Factor, which she excels at.

Silverclaw – AVENGERS #8
Maria de Guadalupe Santiago never imagined joining the Avengers when she ran around as a child in her small South American nation, but Earth’s Mightiest Heroes saw potential in her power of animal mimicry and metallic skin. As Silverclaw, she learned to be a hero and proved herself against incredible opponents, despite her young age.

Clea – STRANGE TALES #126
A denizen of the Dark Dimension, Clea betrayed Dormammu and became Doctor Strange’s protégé and later partner. Together, they faced many mystical menaces before the young woman returned to her home dimension to become a resistance fighter. Her ties to Stephen Strange remain strong, though, as well as her magical powers as a sorceress and hardy warrior. 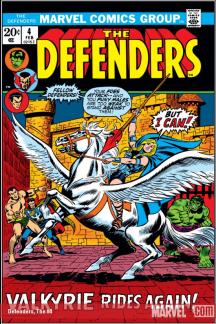 Read
What is Marvel Unlimited?
Valkyrie – DEFENDERS #4
Brunnhilde left her post as a Norse warrior goddess to become a super hero on Earth alongside the Defenders, using mortal women as hosts for her spirit. Her strength and stamina stand head and shoulders over most normal humans and her knowledge of ancient weapons, especially the sword, remain unparalleled among all of her fellow crusaders.

Moondragon – DAREDEVIL #105
Born on Earth as Heather Douglas, she received tutelage on the moon to Titan after losing her family in an attack by Thanos. As Moondragon she possesses extreme psionic and psychic powers with which she can read minds, move objects, create illusions, and even manipulate memories. Known as a cold individual, she nevertheless aids those who need her help and can banish most obstacles in her path.

Agatha Harkness – FANTASTIC FOUR #94
Not even death could slow down one of the greatest witches to ever walk the Earth. With powerful magical abilities, Agatha earned her job as governess for the Fantastic Four and her status as someone who no one cared to cross. After dying, she came back as an advisor to her former student The Scarlet Witch and a kind of protector to the android Vision and his family.