Young Guns Profiles Mike del Mundo: ‘I Was Kicked Out of Art School’

You’ve seen his work on ‘Thor,’ ‘Avengers,’ and more – see what inspired one of Marvel’s superstar artists!

For almost a decade, Mike del Mundo has dazzled Marvel fans with his amazing painted comics and shared his unique art style within the pages of THOR, AVENGERS, WEIRDWORLD, and more. To honor del Mundo’s stratospheric rise in the comic book industry, Marvel has named him one of its Young Guns artists. And as del Mundo has already shown us, his best work is yet to come.

Marvel.com recently spoke with del Mundo about his career, and he also shared his first experience with a Marvel comic. It turned out to be a surprising issue!

“The first Marvel comic I ever bought was TOXIC AVENGER #1,” recalled del Mundo. “After that it was SLEEPWALKER #1. But what really made me fall in love was my first X-book, reading X-FACTOR #64. I don't think anyone has drawn a better Iceman then Whilce Portacio in that issue.” 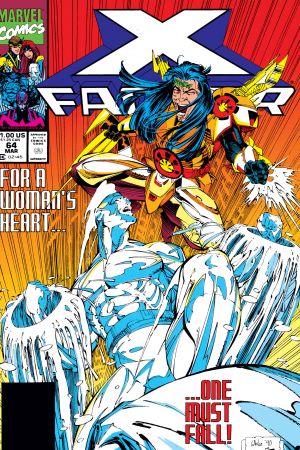 According to del Mundo, he taught himself how to become a comic artist by learning from the work of his favorite illustrators like Chris Bachalo, Joshua Middleton, James Jean, Juan Doe, Brian Stelfreeze, Alex Toth, Adam Hughes, and several others. However, it wasn’t an easy path.

“Fun fact: I was kicked out of art school during my high school years, but managed to redeem myself [by] taking an art fundamentals course in college,” noted del Mundo. “[I] ended up with a degree in graphic design.”

As if by fate, del Mundo was discovered by future Marvel editor-in-chief C. B. Cebulski during Toronto’s Fan Expo.

“It’s still a pretty surreal story to me [because] things just happened so fast,” admitted del Mundo. “I was walking by the Marvel booth and saw a lineup of people with portfolios. I passed by it thinking ‘Maybe I'll catch them tomorrow.’ But something struck me, and I was like, ‘What the heck? Let me see if they'll check it out.’ So I brought my portfolio... and I was the last in line.

“I [thought] they were gonna close it off, but C. B Cebulski was kind enough to give me two minutes of his time. He opened the book and, long story short, started asking me if I'd like to draw Wolverine. I was trying to keep my composure so I said something like ‘Yeah, I like Wolverine.’ In reality, I was [thinking] ‘Holy Crap, yes, yes, yes! Is this really happening?’”

Del Mundo also offered us a brief glimpse at how he brings a comic script to life.

“I usually start sketching thumbnails right away, right on top of the script,” said del Mundo. “I tend to get visuals when I read, so I don't want to miss or forget any cool visuals that come to mind. After working out the thumbs, I start breaking them down into panels and then it goes off to the editors for approval.”

Working alongside some of Marvel’s top writers has allowed del Mundo to expand his knowledge of the craft. And he voiced his appreciation for the experience.

“I think each writer I've worked with I've grown from, and I've taken something different from each book,” said del Mundo. “I loved my collaboration with Haden Blackmen on ELEKTRA as it was my first big run on a book and there was so much excitement and experimentation when it came to interiors.”

“With Sam Humphries on WEIRDWORLD, there were a lot of cool things. We were on the same page, and the chemistry was on point. So many cool references and creative moments came from that book.

“With Jason Aaron, I feel like I've become a better storyteller just working on WEIRDWORLD and THOR. The storylines are so fun and I feel like THOR has become my best art to date.”

When asked about the strangest thing he had ever drawn for Marvel, del Mundo was quick to revisit his WEIRDWORLD run.

“It has to be the crude map of WEIRDWORLD in issue #1, which was so much fun because I didn't have to worry about anatomy or making things perfect. It was actually the opposite of perfect. I felt like I could've gotten my kids to draw it and it would've been perfectly crude.”

As for his favorite moment at Marvel, del Mundo couldn’t pick just one. Instead, he shared a few of his memorable covers and pages.

“Hands down, the UNTOLD TALES OF PUNISHER MAX #5,” said del Mundo. “I think from then on, my covers really flourished. But I feel like that was the blueprint. There was something very deep that touched me with Skottie Young’s story and things came 360 when it came to conceptualizing the idea. I also see myself in this cover as a child running wild with Super Soakers. So it's a bit of ‘90s nostalgia that I can look back on.” 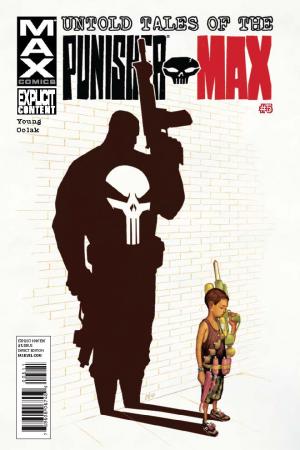 “This Spider-Man Hip Hop variant cover... it was a Homage to A Tribe Called Quest's ‘Midnight Marauders’ album, which is in my top five favorite albums,” noted del Mundo. “That album shaped my childhood and at the same time, Spider-Man and the X-Men did the same. So being able to draw the combination is historical to me.”

“X-MEN has always been my favorite book, hands down, so being able to do [ALL-NEW X-MEN #37] for [Brian Michael] Bendis and drawing Jean Grey and Emma fighting the Blob was definitely memorable,” added del Mundo.

While del Mundo has already worked on Marvel’s mutant heroes, he expressed a desire to revisit them in the future.

“I would love to work on an X-MEN book or X-FACTOR,” said del Mundo. “Those books were my childhood.”

“It means so much,” admitted del Mundo. “I remember seeing the past Young Guns and never really thinking I'd ever be there, let alone working for Marvel Comics. So I feel like this is just icing on the cake. I'm grateful.”