Today's update marks the 200th character release for Marvel’s Puzzle Quest! And what better character to celebrate this milestone with than the Mental Organism Designed For Killing of course!

M.O.D.O.K. (A.I.M. Overlord) joins the hit mobile game as the newest 4-Star character. Recruit him into your roster now. 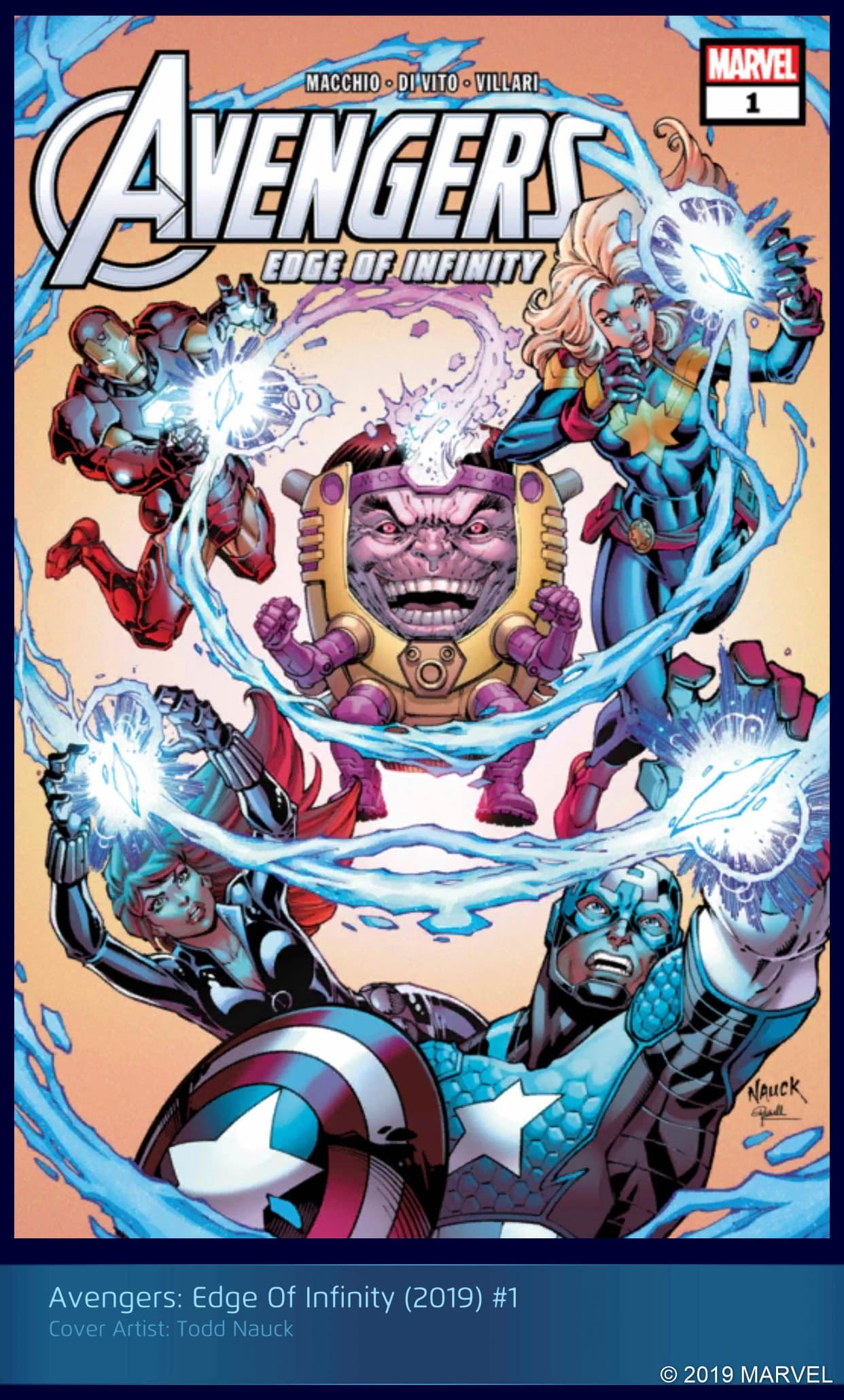 M.O.D.O.K. was once a diligent A.I.M. employee known only as George Tarleton. Now, he keels for no one. The 4-Star Rarity, with Villains affiliations, has a tool kit that includes Doomsday Plan, Afterburner, and A Hammer for Every Nail -> A Chisel for Every Stone -> A Needle for Every Stitch -> A Laser. 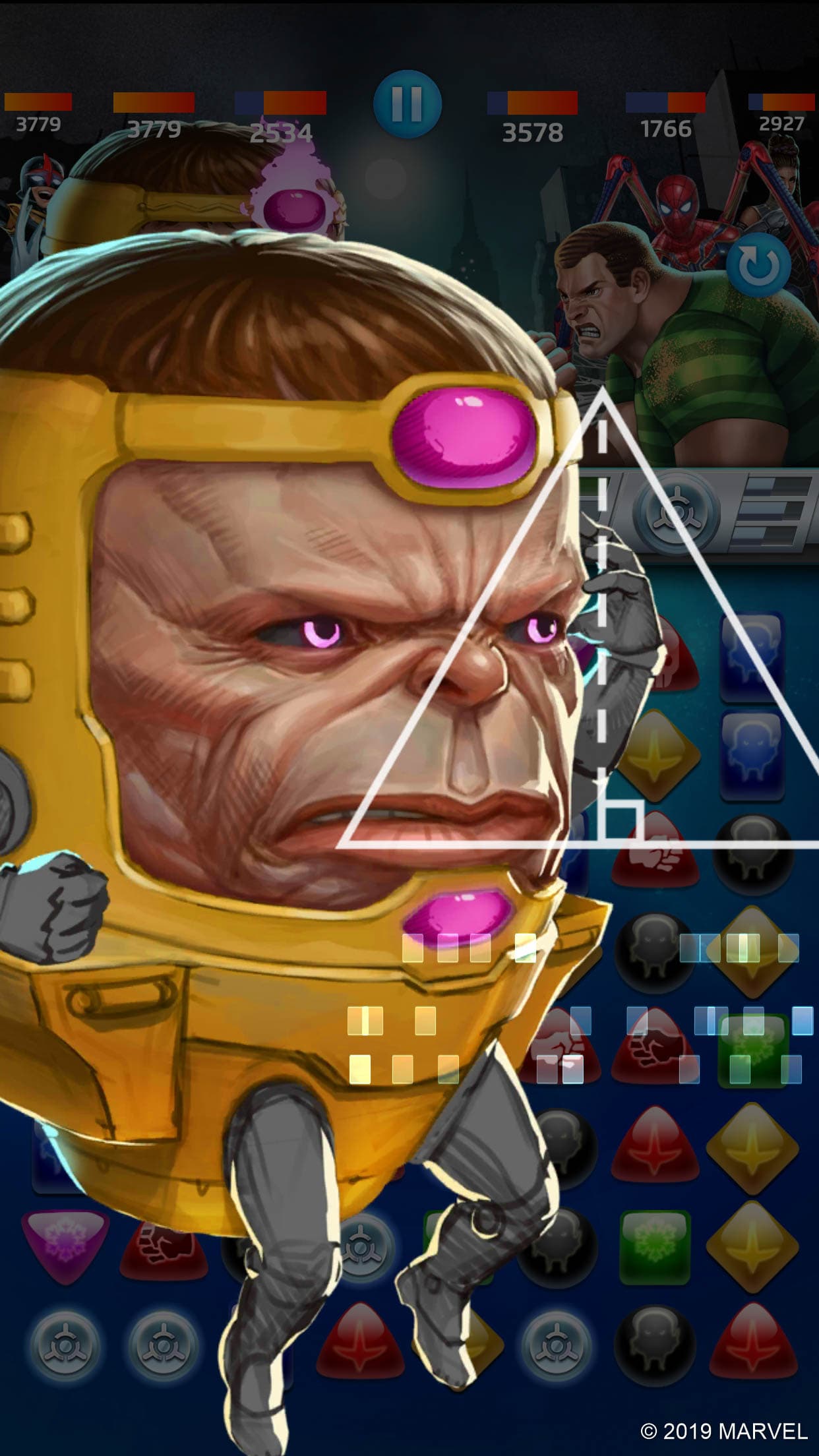 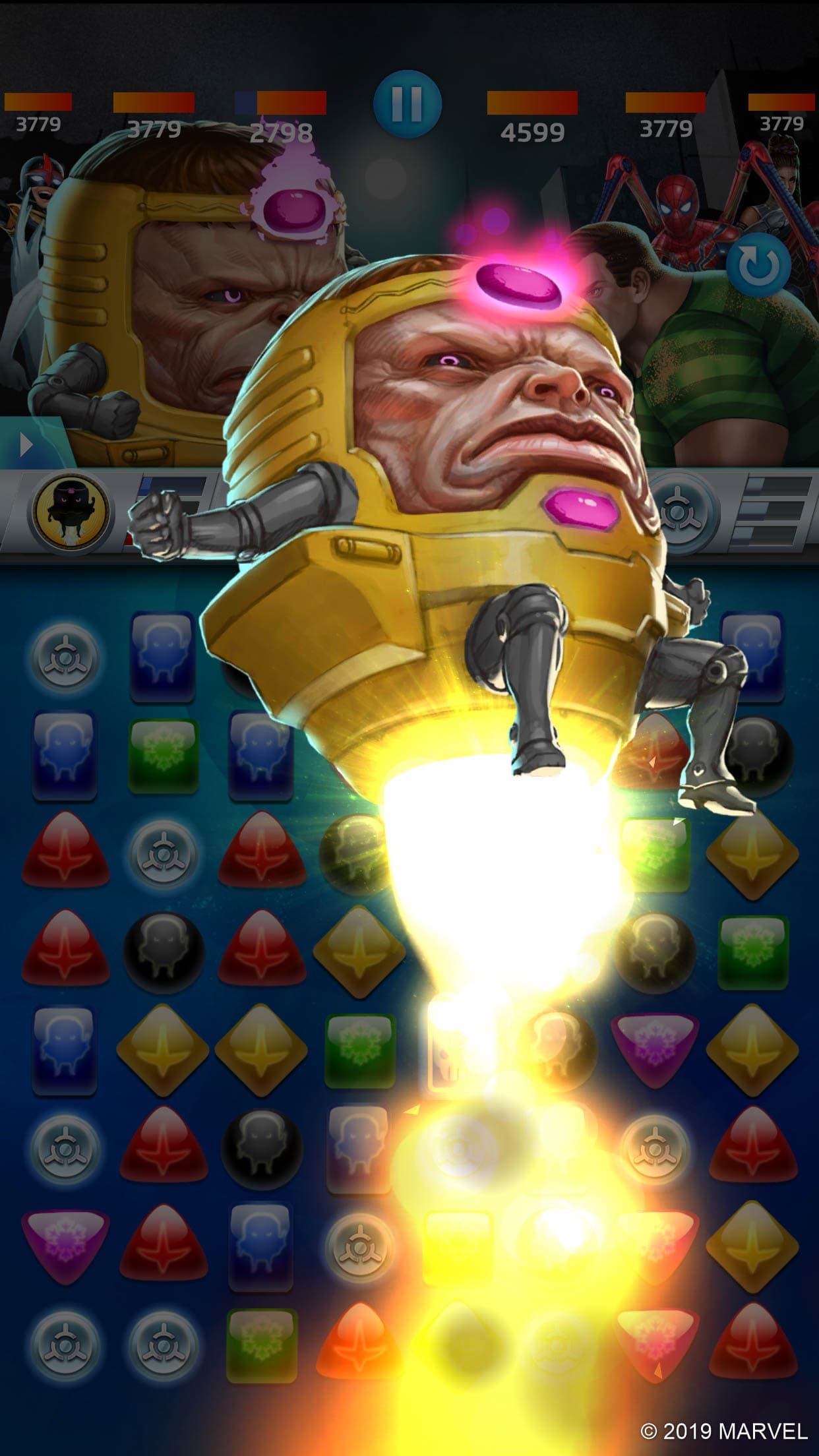 M.O.D.O.K. has the perfect tool for the job — A Hammer for Every Nail, a mid-cost Red power! His gatling gun lays down an unending hail of bullets, creating 2 strength 56 Attack tiles. This power becomes A Chisel for Every Stone (Max level strength 109 tiles), which launches 3 rockets that each deal 183 damage. A Chisel for Every Stone becomes A Needle for Every Stitch (Max level 357 damage), which lobs 2 grenades at the enemy, creating 2 2-turn Countdown tiles that each deal 513 damage. A Needle for Every Stitch becomes A Laser (Max level 999 damage). Brute force usually does the trick. With A Laser, M.O.D.O.K. fires his forehead laser, dealing 852 damage to the target. (Max level 1660 damage) 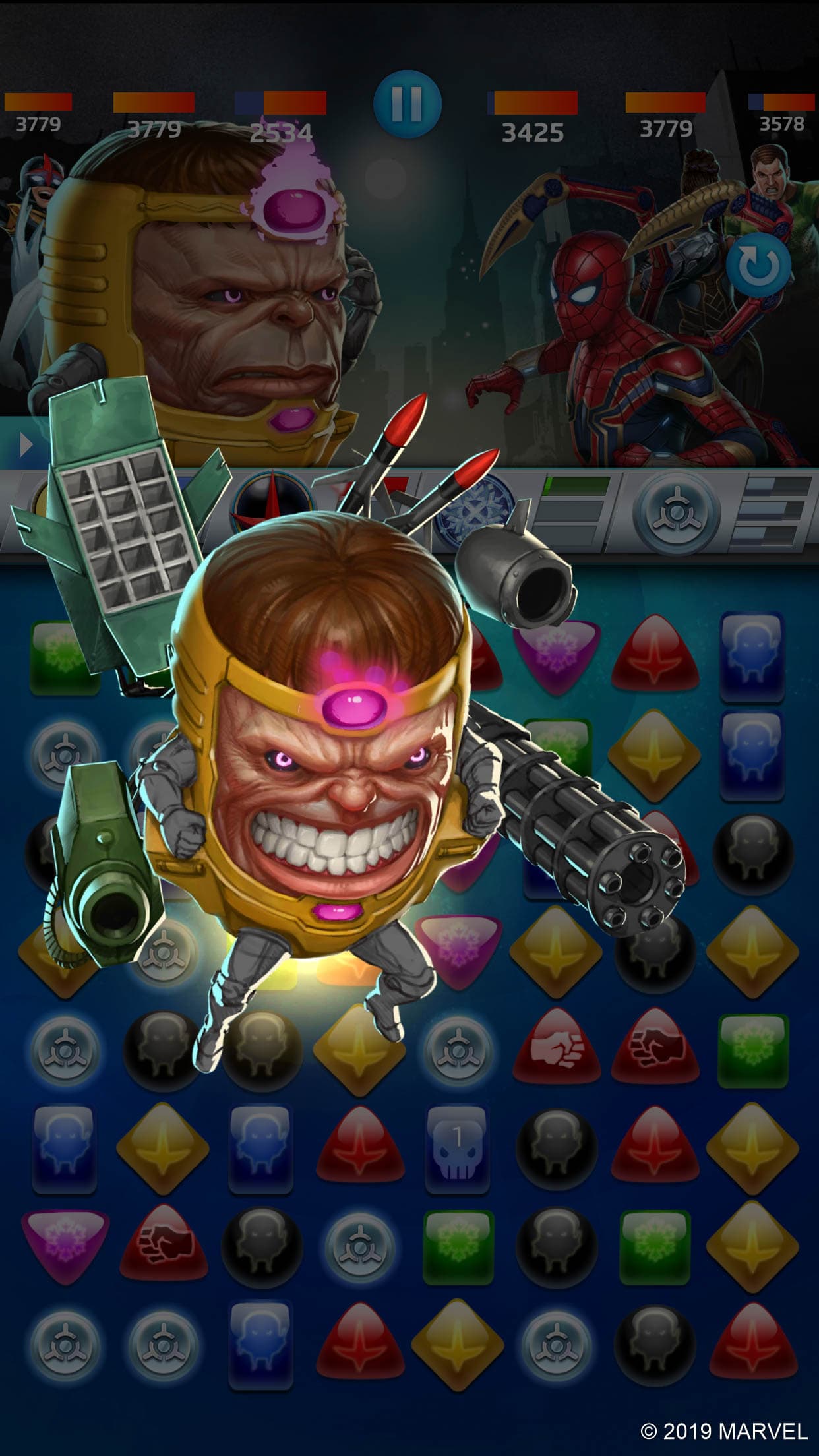 M.O.D.O.K. (A.I.M. Overlord) is available at increased odds for a special limited time. Recruit him with store offering Deadpool Vs. MPQ from now until November 26, and limited vault S.H.I.E.L.D. Training from now to September 28. Events Cosmic Chaos kicks off November 25 and runs through November 29, while the versus event Less Talk: M.O.D.O.K. is November 24 through November 27.

Unlock Shuri's Knowledge of the Avengers and Beyond

On this week’s Marvel Minute presented by Citizen, we get our first look at Marvel’s Spider-Man: Miles Morales for PlayStation 5! Plus, witness the beginning of the epic X-Men crossover X OF SWORDS!