Today's the day! Marvel Studios' "Avengers: Endgame" finally hits the big screen! And while we're all either anxiously waiting to get to the theater or dying to talk about it with friends, the historic culmination of an era begins today.

As you stumble out of the movies, you might want to get your hands on some toys to reenact your favorite moments from the film—and Diamond Select Toys has you covered with new "Avengers: Endgame" Minimates!

Head to your local Walgreens to check out four exclusive two-packs right now. The pairs include Iron Man and Thanos with the Infinity Gauntlet, Rocket and Captain America in their team suits (with a swap-in Thor head and Stormbreaker accessory), Hulk with War Machine, and Ronin with Black Widow! 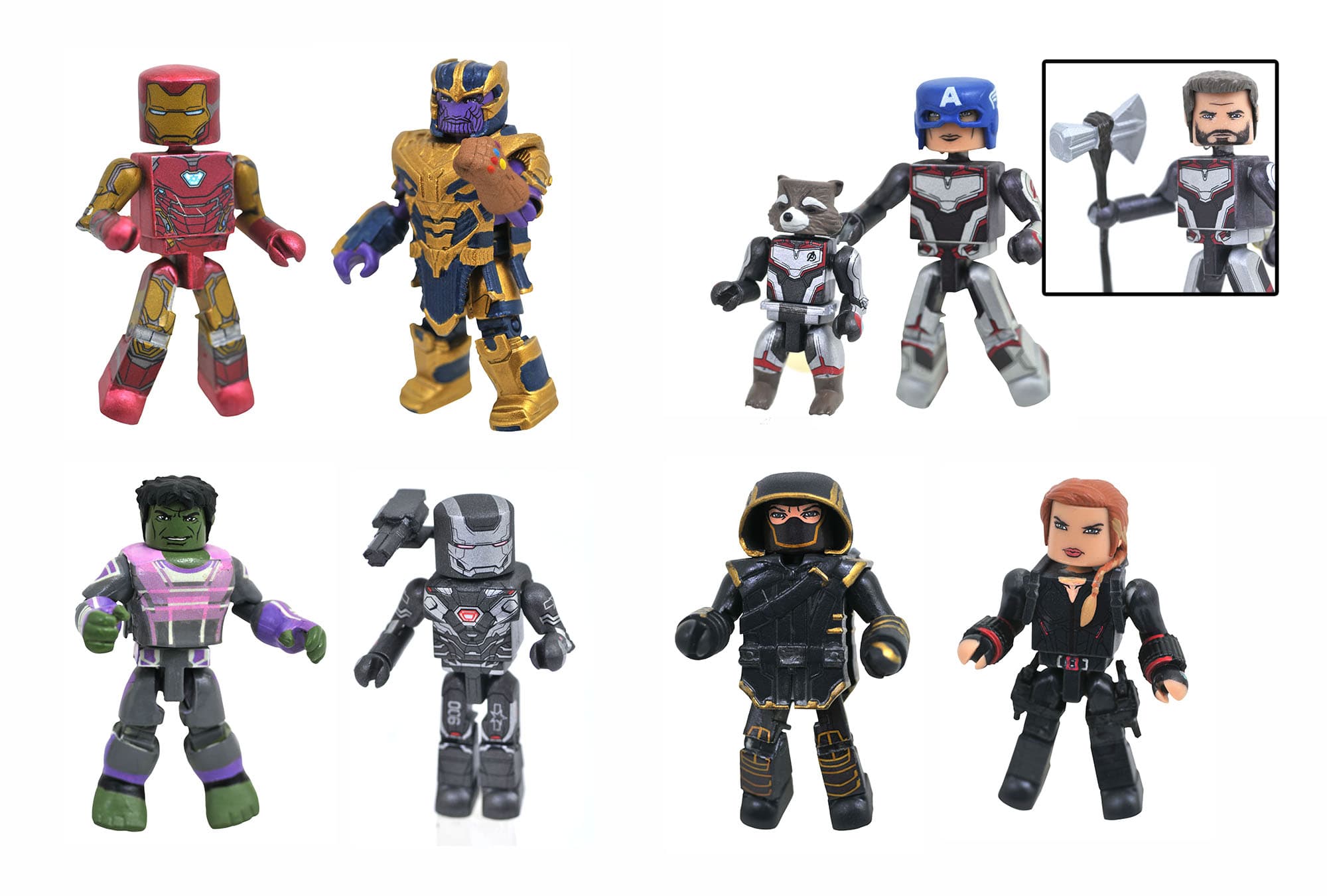 You can also jaunt over to your local comic shop for an exclusive four-pack box set! This one brings a slew of Avengers together thanks to a quartet of bodies and the same number of alternate heads! You've got Team Suit Tony Stark, Hulk, War Machine, and Black Widow along with noggins of Ant-Man, Clint Barton, Scott Lang, and Nebula!

But we recommend taking a road trip to both locales and picking up as many as you can!

See the culmination of the last decade of the Marvel Cinematic Universe. Marvel Studios' "Avengers: Endgame" opens in theaters on April 26. Get tickets on Fandango now!

The Marvel Studios film honored at the Screen Actors Guild Awards for Outstanding Action Performance by a Stunt Ensemble!