Take a look at some of the awesome S.H.Figuarts figures currently available!

Just in time for the holidays, Marvel Headquarters got their hands on four current releases from Bandai's S.H. Figuarts line, including terrific versions of some of the most popular characters from the Marvel Cinematic Universe!

Take a look at our photos of the posable, detailed figures below, along with details on what each includes.

Depicting Black Widow, as seen in the worldwide hit from Marvel Studios, "Avengers: Infinity War," this figure includes 3 different faces for Natasha: Serious, side glance, furious. She also has six interchangeable hands, large and small weapons, and explosion effects to put her right in the midst of the fight.

Another beloved hero from "Avengers: Infinity" is represented by the Black Panther figure. T'Challa has two different heads, including one with his eyes exposed behind his mask. He also comes with six interchangeable hands, including versions with his claws out, and and rock effects to add to his display. 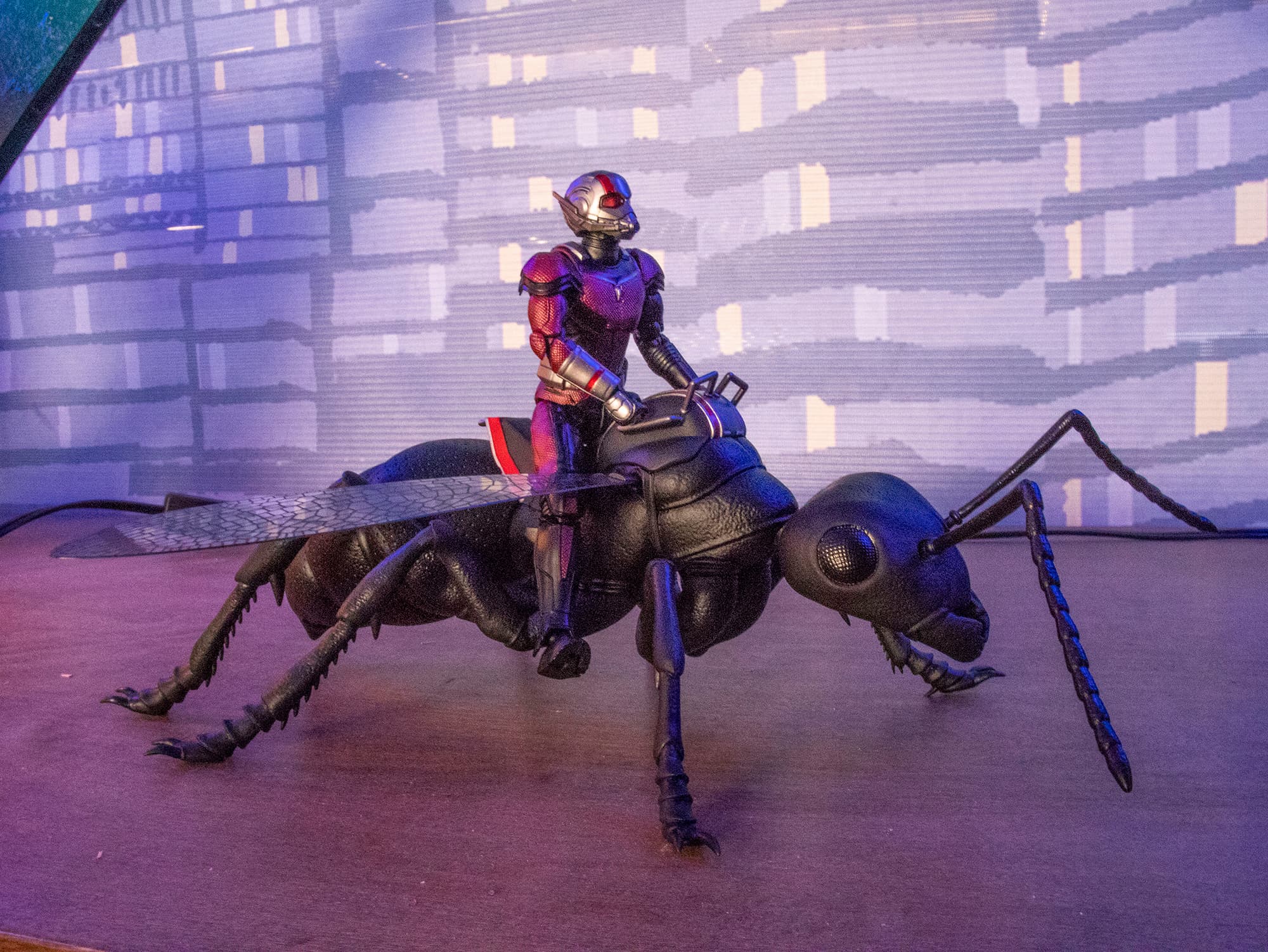 From the Marvel Studios hit "Ant-Man and the Wasp" comes this excellent depiction of Scott Lang and one of his faithful flying ants. The ant is scaled for Ant-Man, allowing Ant-Man to sit atop the bug to ride into battle. Ant-Man himself comes with two sets of hands.

First introduced in Marvel Studios' "The Avengers," the Mark VII was one of the only suits of armor Tony Stark has worn in more than one film, as he was seen donning it again at the beginning of Marvel Studios' "Iron Man 3."  The Mark VII figure boasts six interchangeable hands and blast effects for both the hands and feet to depict Iron Man when he takes flight. The accompanying Hall of Armor set can house the figure and lights up on the front, back, and top.