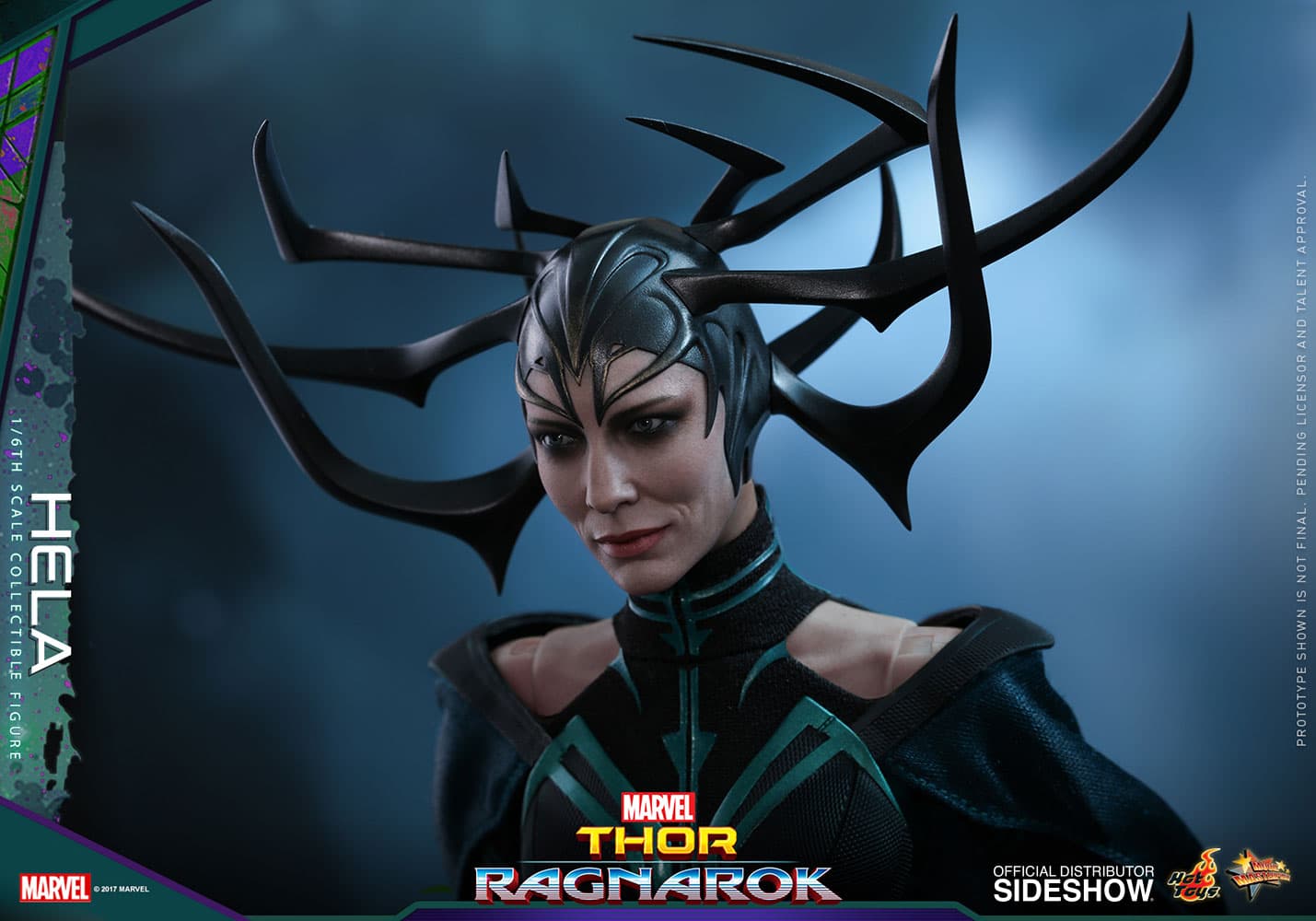 The Goddess of Death herself has arrived, via the newly-released Hela Sixth Scale Figure by Hot Toys from Sideshow Collectibles! 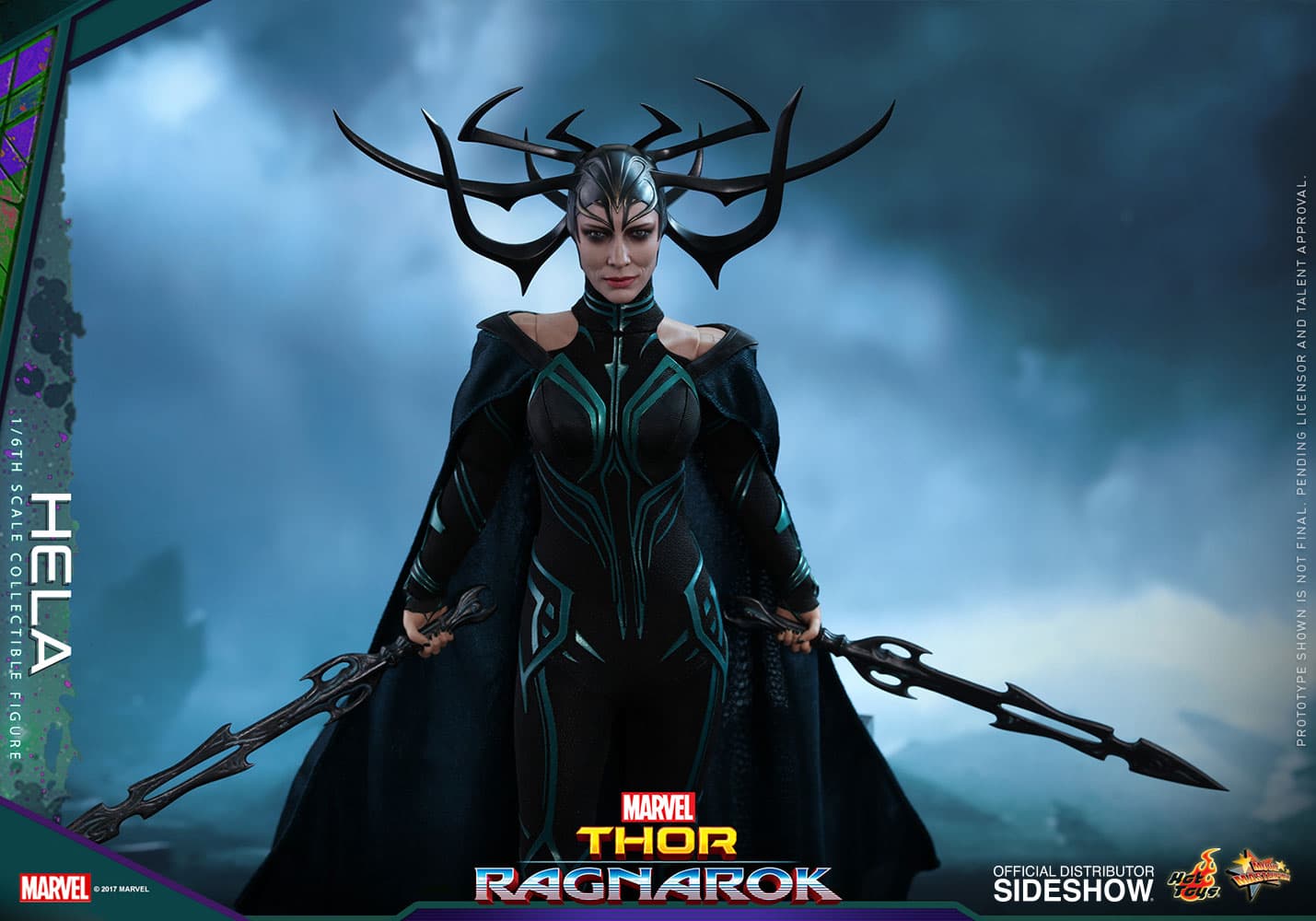 Marvel.com received one of the Hela figures from Sideshow Collectibles and the detailing is truly incredible, from the superb recreation of Blanchett’s features, to the intricacies of Hela’s costume, including a cape which is magnetically attachable. The figure comes with a set of shoulder armor that can be placed on it when the cape is removed.

The figure has over 28 points of articulation and includes six interchangeable hands and two swords, offering a ton of variations on poses and the ability to recreate key “Thor Ragnarok” moments. On top of the swords, the figure also includes a damaged Mjolnir held in a seventh hand that can be attached to Hela’s right arm, allowing you to recreate the stunning and memorable encounter in “Thor: Ragnarok,” when Hela grabbed Thor’s hammer mid-air and destroyed it, proving just how incredibly powerful she is. 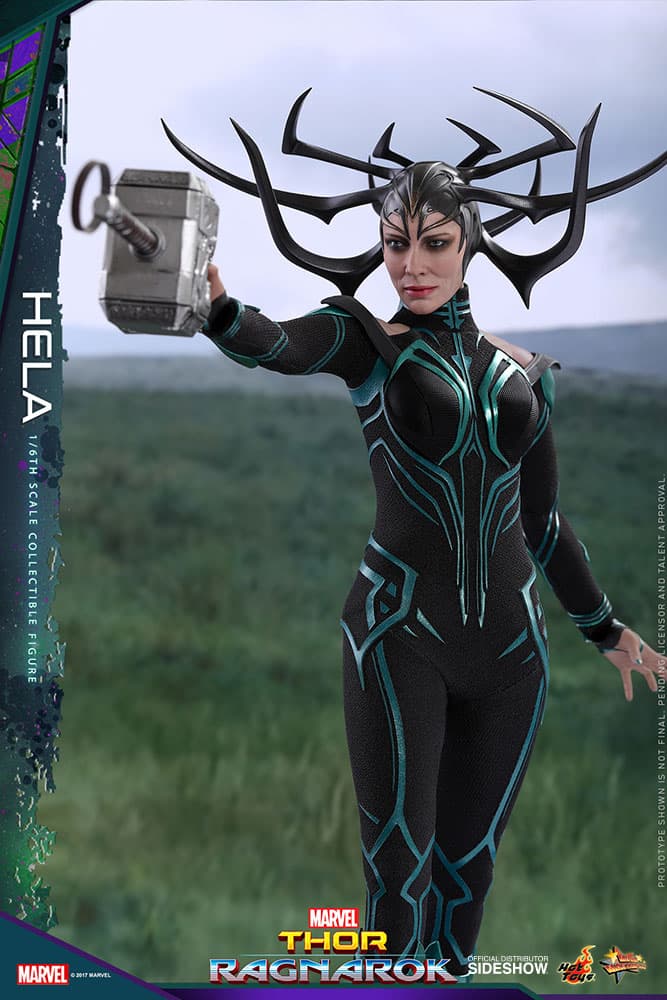 Additional accessories accompanying the figure include flame that can be placed on Hela’s hand, and the mighty axe she created for her Executioner, Skurge, in “Thor: Ragnarok.” Plus, the figure comes with a stand with a character nameplate and the "Thor: Ragnarok" logo. 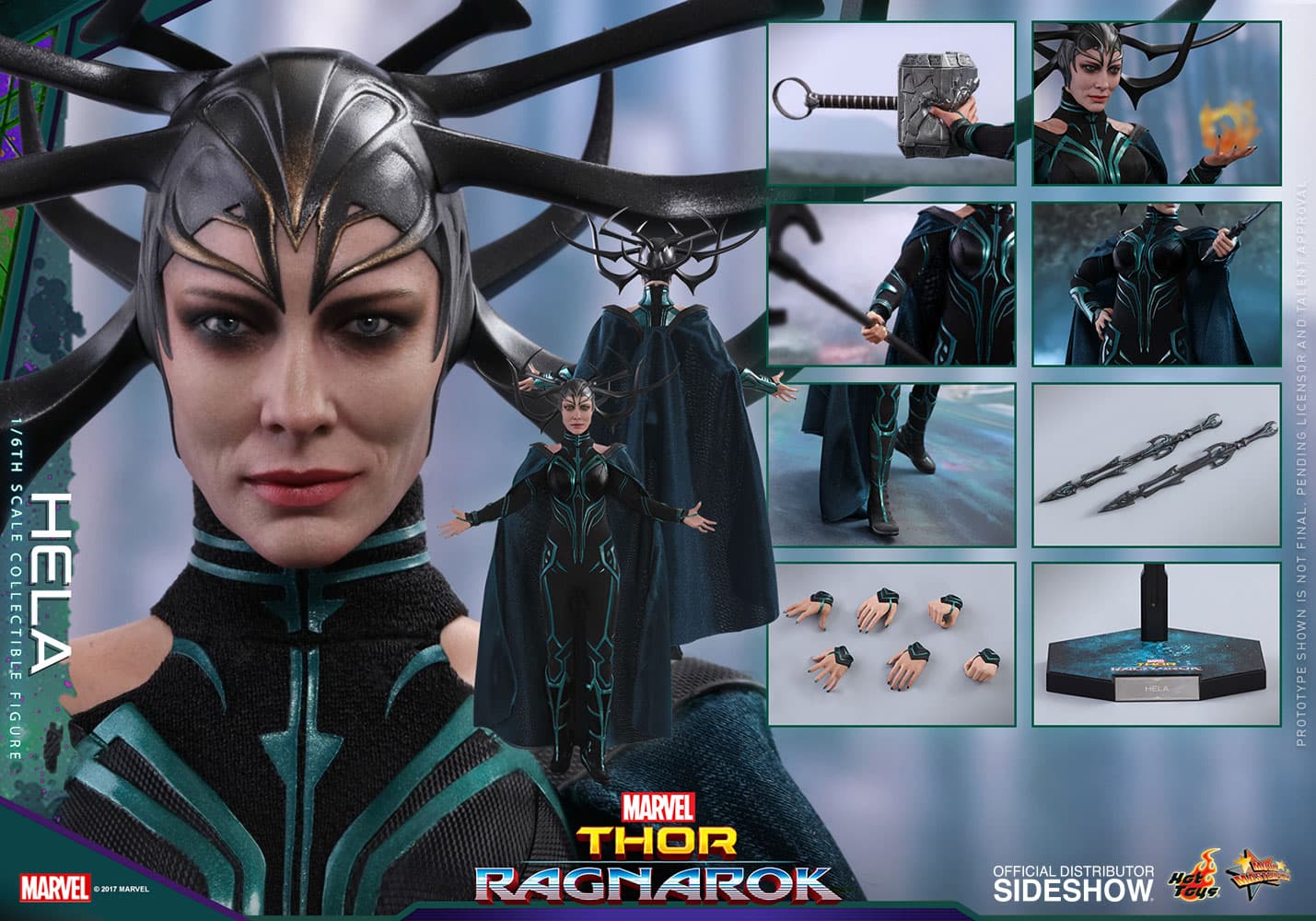 The Hela Sixth Scale Figure by Hot Toys is now available to order at SideshowToy.com and makes an excellent addition to any Marvel fan’s collection. Other Hot Toys “Thor: Ragnarok” figures available from Sideshow include Gladiator Hulk, Gladiator Thor, Roadworn Thor, and Loki.

Check out more photos of the Hela Hot Toys figure below!