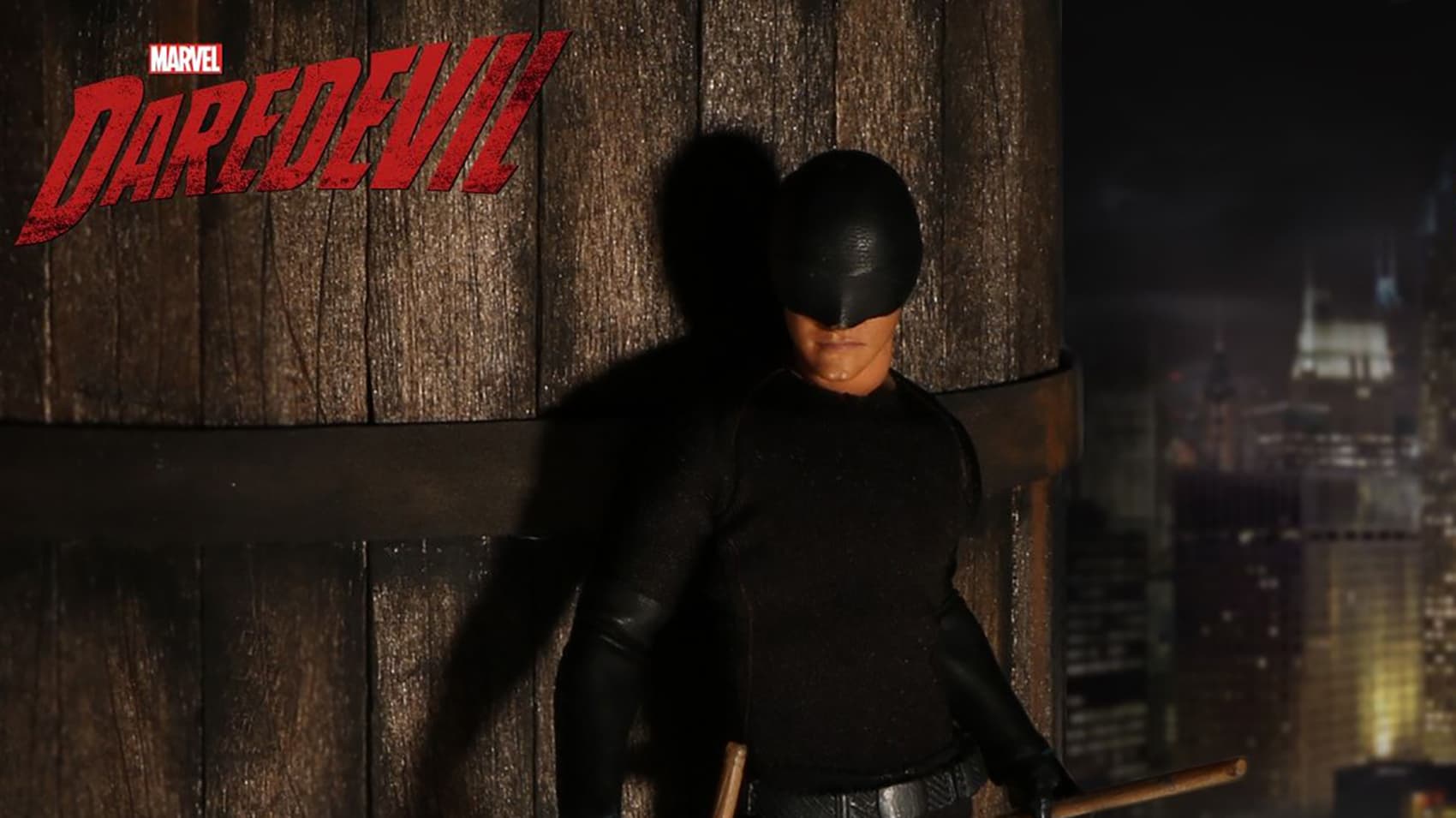 Fans have thrilled to Matt Murdock’s journey in “Marvel’s Daredevil” on Netflix over the course of three seasons, and now a new action figure from Mezco celebrates Matt’s earliest days taking on New York’s criminals in the series, depicting him in the suit he wore when he first took to the streets as his masked alter ego.

Mezco’s One:12 Collective Daredevil – Vigilante Edition figure captures Matt Murdock (as portrayed by Charlie Cox) at the beginning of his heroic journey, as seen in “Marvel’s Daredevil” Season 1, as he upholds justice in Hell’s Kitchen. Outfitted in a long sleeve shirt with utility pants and mid-calf combat boots, the Man Without Fear comes complete with his signature Billy Clubs that can be used separately or joined together. Both Billy Clubs fit neatly into the holster on his thigh. 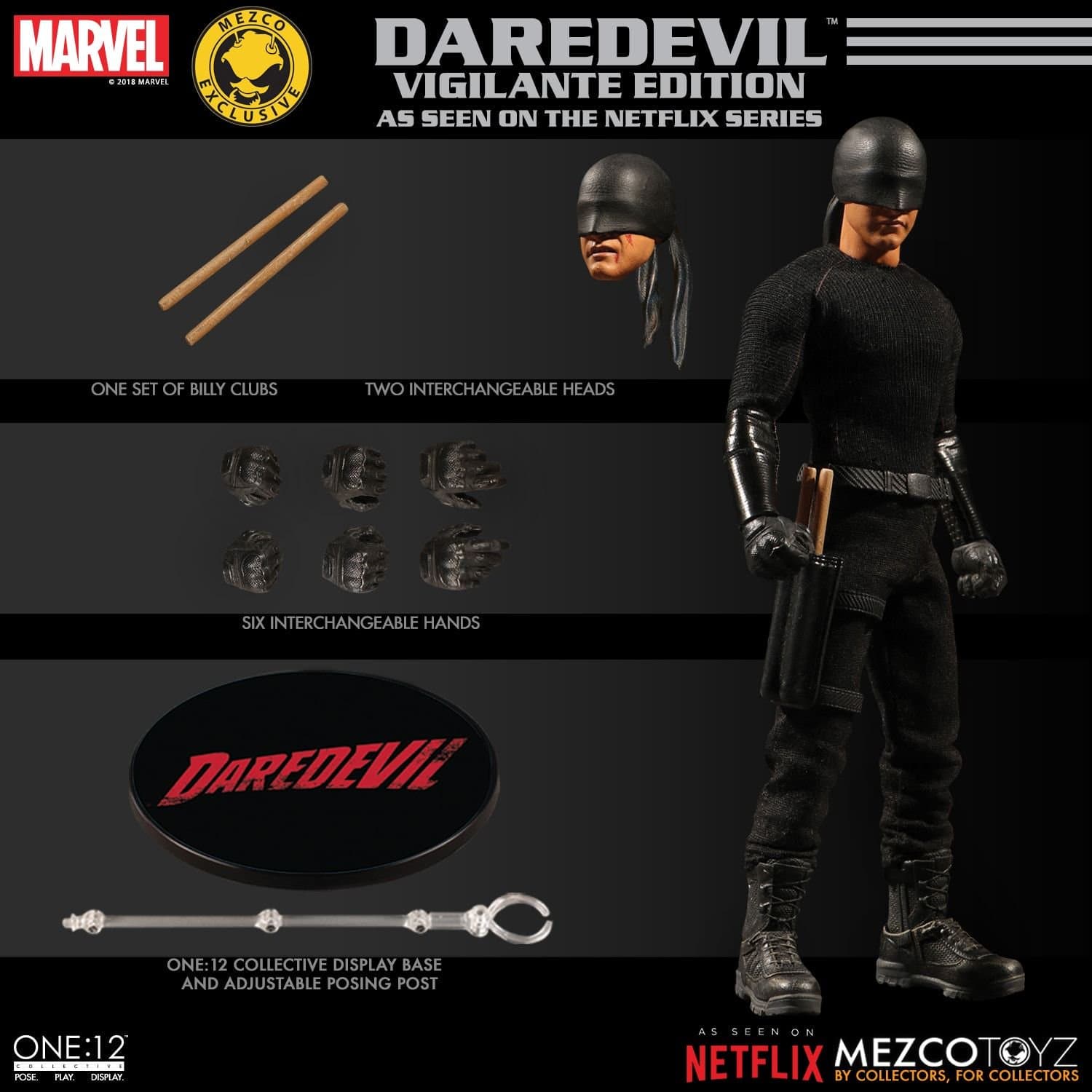 The figure boasts over 28 points of articulation and two different head portraits -- including one showing Matt in the battered and bloody state his fights often leave him in -- and stands approximately 17cm tall. There are also six interchangeable hands for different poses (and to hold those trusty Billy Clubs!), plus a One: 12 Collective display case with logo and an adjustable display post.

The One:12 Collective Daredevil – Vigilante Edition figure is a Mezco Exclusive, retailing for $80.00, and is expected to ship between May-July 2019. Pre-Orders were a quick sellout, but you can still join the waitlist at Mezco.com for your chance to get ahold of the Man Without Fear!

Check out more images of the figure below!

“Marvel’s Daredevil” Season 1, 2, and 3 are now streaming on Netflix.