Throughout the storied history of Marvel, there have been multiple incarnations of organizations with their sights set on besting Earth’s best and brightest. Here’s a rundown of some notable institutions of evil!

Originally a social club for the super elite, this group of power-hungry bluebloods and mock monarchs has the modest goal of ultimate domination through political and economic means. No biggie, right? They have numerous chapters worldwide and date back to pre-America days as a secret society. Throughout their long history of blackmail, deceit, conspiracy, and general jerkiness, the Club has had such notable members as Emma Frost, Magneto, Norman Osborn, Tony Stark, and even Storm. They’re a testament to the time-tested phrase that “absolute power corrupts absolutely.”

THE BROTHERHOOD OF EVIL MUTANTS

Supremacy by any means necessary—the credo of this radical pro-mutant alliance. Founded by the Master of Magnetism himself, Magneto’s Brotherhood served a powerful, terrorist organization that was uncompromising in credo, and ruthless in its means. The Brotherhood has had numerous line-ups with a revolving cast of villains. With notable members such as Toad, Quicksilver, Scarlet Witch, Mystique, Blob, and later Daken, this group of super mutants presents a constant thorn in the side of the X-Men—and humanity at large. 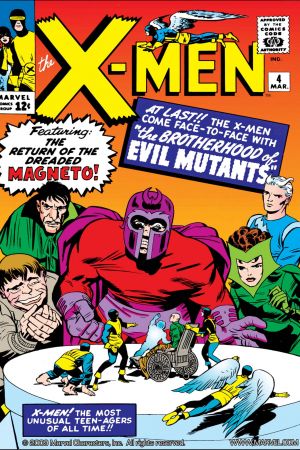 THE HORSEMEN OF APOCALYPSE

Any great warlord commands an elite force, and Apocalypse certainly proves no exception to the rule. His Horsemen comprise a small, yet elite unit of often times persuaded through force parties to his endless quest of preserving the survival of the fittest. The positions—War, Famine, Pestilence, and Death—remain the same, but the roster changes with Apocalypse’s sinister needs. Throughout the course of his on-again-off-again reign of terror, Apocalypse has used a pretty diverse cast of villains and heroes alike. Such notable inclusions are the Hulk, Gambit, Sunfire, Polaris, and the most tragic of all, Angel, who would become his Archangel of Death. 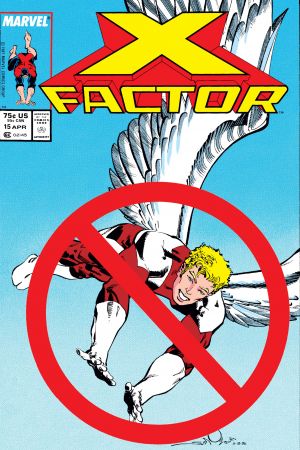 THE MASTERS OF EVIL

Typically, when you have “evil” in your name, you’re not trying to pull the wool over anyone’s eyes. The Masters of Evil, originally founded to cripple the Avengers, would later have epic romps with both the Thunderbolts and the Guardians of the Galaxy. A league with ranks at times as deep as the Avengers roster itself, the Masters Of Evil demand destruction at all costs, and because they’re super villains, the conquest of worlds. There have been eight notable versions of this dreadful sect, each incorporating revolving rosters. With devilish members such as Baron Zemo—a couple Baron Zemos to be fair—Dr. Octopus, Absorbing Man, Shocker, and the Wrecking Crew, the Masters Of Evil present a constant itch that Marvel’s heroes consistently must scratch. 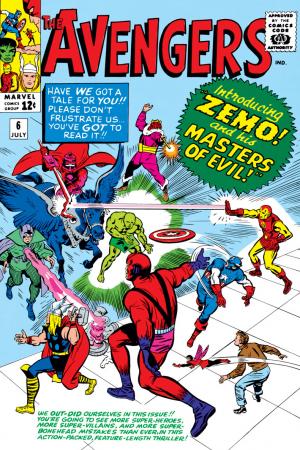 Created in the wake of Secret Invasion, Norman Osborn’s Dark Avengers positioned themselves as the perfect foil to Earth’s Mightiest Heroes. After assuming nearly complete control of all government institutions, Osborn pushed the Thunderbolts to underground missions while his Dark Avengers became the face of justice through vengeance. Led by Osborn as the Iron Patriot—an Iron Man suit emblazoned with Cap’s iconography—the Dark Avengers posed as heroes while carrying out their own agenda. With a roster of villains pretending to be good guys, the Dark Avengers assumed the identities of the Avengers themselves, but as warped—dare we say, dark—versions. The team included the likes of Bullseye in the guise of Hawkeye, Venom as Spider-Man, Moonstone playing Ms. Marvel, Daken as Wolverine, and other such imposters who would carve a path of turmoil through the Marvel Universe. 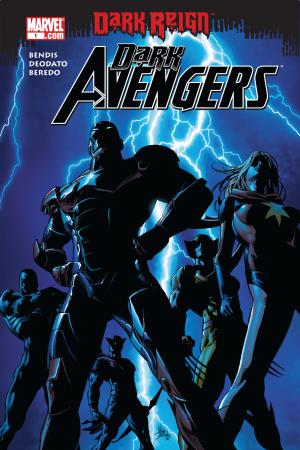 Earn Points, Get RewardsJoin NOW!
In this article: Hellfire Club, Horsemen of Apocalypse, Masters of Evil