Six mutants who have turned on their own teammates.

In EXTRAORDINARY X-MEN #15, Sapna joined a long list of mutants who have succumbed to an outside force and ended up attacking the team. Here’s a look back at the carnage inflicted by various X-Men not in their right mind.

In order to save her team as they fell to Earth in a damaged shuttle, Jean Grey agreed to allow the cosmic entity known as the Phoenix take her place on the team in exchange for their lives. But when the Hellfire Club tried to control her, she became Dark Phoenix, leading to battles with the X-Men, the destruction of a solar system and eventually her self-inflicted death.

When Doctor Doom kidnapped Arcade, Murderworld’s employee-of-the-month Miss Locke blackmailed the X-Men into rescuing him. As they confronted Doom, he sprung a trap, capturing the X-Men and turning Storm into a statue. Once the other mutants freed their leader, they found more than they expected: a powerful elemental being who attached both friend foe, until Colossus managed to talk her down. 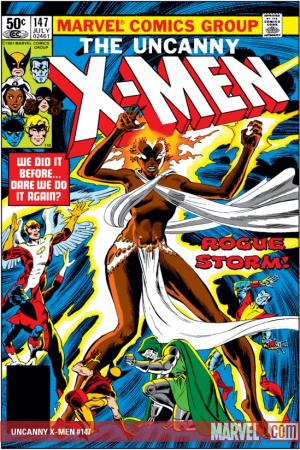 The incorporeal mutant known as Malice needs a host to interact with the rest of the world, and after attempting to take over several X-Men she landed in the body of Polaris—all part of a plan by Mr. Sinister. Malice led his Marauders against the X-Men, but once Cyclops killed Sinister, the bond weakens. When Zaladine stole Polaris’ powers, the process separated the two entities.

Enemy of the State

A plot by Hydra, the Hand and the Dawn of the White Light to kill, resurrect and ultimately control heroes led to the death and rebirth of Wolverine as an agent of the evil trinity. Wolverine fought his former friends, even going so far as to kill Northstar, before S.H.I.E.L.D. deprogrammed him and restored his mind—a mind set on revenge. 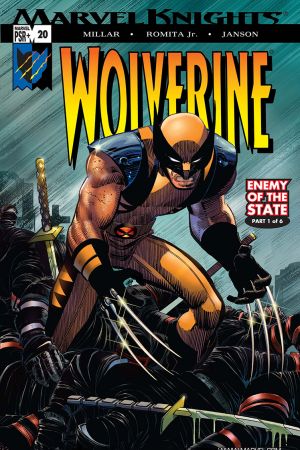 Speaking of Marauders, when the band of mutant hunters attacked Angel and damaged his wings, Apocalypse showed up to save the charter X-Man. He took Warren away, only to have him emerge later as one of Apocalypse’s Four Horsemen, Death! Under the influence of his new master, Archangel led the other Horsemen against his friends, becoming the first of many X-Men who fell under Apocalypse’s spell.

Like Jean Grey before them, five X-Men—Cyclops, Magik, Colossus, Namor, and Emma Frost—accepted the Phoenix Force into their souls and tried to use its power for good. Alas, the absolute might corrupted them absolutely, leading to confrontations with their teammates and the Avengers.