8 Biggest 'Things' in the Marvel Universe

These are a few of our favorite things.

His Aunt Petunia's ever-lovin' blue-eyed boy, Ben Grimm grew up tough on Yancy Street, but always had a heart of gold instilled by his older brother, Jacob. After cosmic rays transformed the gentle giant into the Fantastic Four's Thing, he chose to use his newfound strength for good. Despite his monstrous appearance, The Thing has earned his rep as a true hero.

Attempting to replicate the Super-Soldier Serum that begat Captain America, bio-chemist Ted Sallis saw his work sabotaged by AIM and an accident transform him into the macabre Man-Thing! Haunting the Florida Everglades and safeguarding the Nexus of Realities, Man-Thing can't help that all who know fear burn at his touch...

Debuting in TALES OF SUSPENSE #19, this vintage Stan Lee/Jack Kirby creation can be considered the forebearer of Things to come. When an enterprising botanist experiments on an island's floral life with an intelligence-boosting serum, a rogue weed gains sentience and harbors dreams of conquest! Only a more friendly plant saves the day. 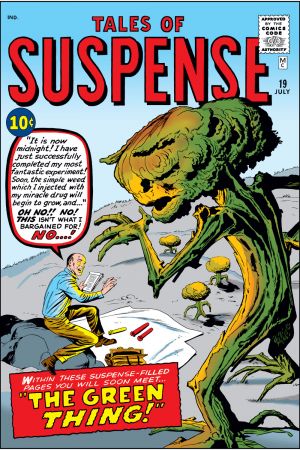 Originally a professional wrestler granted super strength by The Power Broker, Sharon Ventura would fall in love with Ben Grimm and join the Fantastic Four as Ms. Marvel. Cosmic radiation would mutate Sharon's form, giving her a monstrous appearance similar to The Thing himself. The unstable She-Thing has been both friend and foe to the FF.

The granddaughter of Wolverine on an alternate world, Nikki Doyle fights to combat the addictive virtual reality drugs that have ravaged her society. She has opposed false versions of Venom, Carnage, and the Sinister Six in her adventures.

Both Sandman and Hydro-Man have caused Spider-Man enough grief over the years, but when the dastardly duo teamed up, it got messy for the Wall-Crawler. Initially, the two villains simply double-teamed Spidey, but when an accident fused them into the Mud-Thing, our favorite Web-Slinger had to use more than just his spider strength! 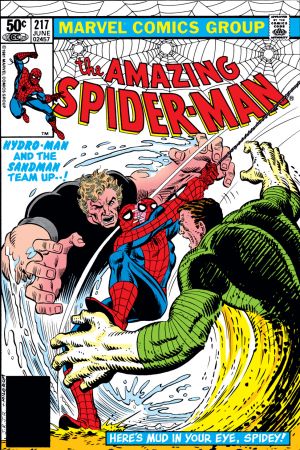 Daughter of Wolverine and Elektra in a future that may or may not come to pass, outcase teenager Rina Logan dons a mask and utilizes training from both her parents as Wild Thing. Doing battle with the likes of her half-brother Sabreclaw and forming alliances with J2 and more, Wild Thing has earned a rep as tough as her folks'.

‘Werewolf by Night’: Physically Creating the Dark, Mysterious Part of the MCU

"If there's going to be a monster to react to, let's have a monster on set."