A Guide to the Recent History of Emma Frost

As the Black King appears in 'Uncanny X-Men' #18, discover how she got here...

The Death of Scott Summers tore Emma Frost's emotions apart. Though she had gone on the path of the strait and narrow years before meeting him, her eventual relationship with Scott led to one of the strongest partnerships in all of mighty Marvel mutantdom.

And as Frost returns to make a big move in UNCANNY X-MEN #18, available at your local comic shop now, we've decided to examine how she got from the death of Slim to becoming the new Black King of the Hellfire Club...

the death of cyclops

When Cyclops perished from exposure to the Terrigen Cloud in DEATH OF X, the former White Queen fooled the rest of the X-Men into thinking he survived. That all ended when this projection of Cyclops fought Black Bolt and Frost made it seem as if their leader died fighting the opposition's. With that, she managed to turn him from a man into an idea worth fighting for for all mutantkind. Scott's brother Alex was one of the few people to know the truth.

That decision naturally segued into INHUMANS VS. X-MEN, a series in which the two groups fought for their very existences; the Terrigen Cloud that still traveled the globe managed to create the next generation of Inhumans, but also killed most of the mutants who came into contact with it.

war with the inhumans

Possibly believing her own false narrative, Frost began training herself to take Black Bolt on and exact vengeance for Scott. While she amassed the loyalties of several X-teams, Beast did research ultimately discovering that the final Terrigen cloud could infect the Earth's atmosphere, making the planet inhospitable to mutants globally.

During the final battle of that war, Emma took control of several warriors, including Magneto, and made the situation much worse. When Queen Medusa finally heard about the threat to all of mutantdom, she ordered the Terrigen Cloud destroyed. 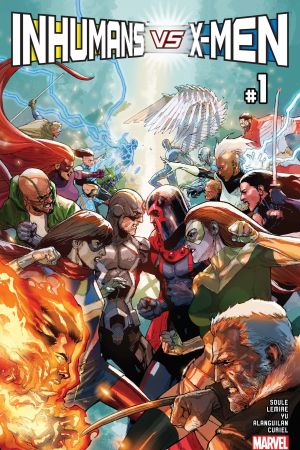 Frost was not content though and, after a time-traveling, younger Cyclops revealed that Black Bolt had nothing to do with Scott's death, she launched a new breed of Sentinel that focused their murderous might on Inhumans. Emma would have been taken by the combined might of both groups had Alex Summers not saved her in his brother's memory. At the end of the series, she donned a new black helmet that looked very much like Cyclops'...but not for long.

Frost resurfaced not long after during the fake Steve Rogers' SECRET EMPIRE. To keep them out of his war against the heroes, the faux Captain America offered the mutants their own sovereign state in Northern California called New Tian. It was ruled by King Xorn, but secretly Emma pulled his strings. Though Rogers knew this, he had no idea that she had taken a shard of the Cosmic Cube from Shang-Chi in SECRET EMPIRE #5.

In the penultimate issue of that event, Emma offered to hand over the fragment to Rogers in exchange for New Tian's furthered independence. When he did not agree to those terms, she signaled for Magneto to attack Hydra's fortress. After a plan succeeded to bring the real Captain America back and Hydra toppled, the U.S. government disbanded New Tian and Emma noted to Beast that no one would ever know that she was truly their queen (in the pages of SECRET EMPIRE OMEGA #1).

After run-ins with the time traveling Jean Grey in her own series and the returning classic version in PHOENIX RESURRECTION, Frost appeared in X-MEN: BLUE #23-28 working with Havok, Bastion and Miss Sinister to use Mothervine to quadruple the mutant population. Emma had misgivings about working with the mutant-hating android and the mad scientist, but Havok reminded her that they planned on betraying them once the mutant population skyrocketed. 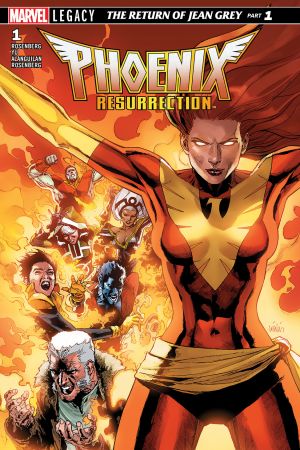 Even when Magneto refused to join their cause, Havok launched another new kind of Sentinel, this one focused on distributing Mothervine, even though the previous experiments had netted horrible aftereffects. Frost became even more concerned with Havok's state when Miss Sinister let slip that they would be able to control the new mutants created by the process. Eventually, she flipped, freed the X-Men and even helped bring Havok's natural personality back to the surface.

Knowing that Magneto planned to get revenge, Frost ran to Paris where the time-traveling, young X-Men caught up to her and told her they would stop Erik from getting her. Magneto used Mutant Growth Hormone to up his powers in his attempt to kill Emma, but in X-MEN: BLUE #31-32, Jean Grey called for Pickles, a teleporting demon, to Bamf! in and take Frost away to hide out in the young X-team's cabin.

Not one to rough it for long, Emma Frost turned to Bobby Drake for help, telling him that she suspected her father, Winston, had been using his newly revealed mind powers on her brother Christian. When they realized that Christian had actually developed the powers, killed Winston and manifested an even more cruel version of him, Bobby allowed Emma to bring Christian into Drake's mind. After fixing things there, Emma moved on in ICEMAN #1-2 to dedicate herself to training her brother in the ways of his powers and taking control of Frost Technologies.

After getting mixed up in Gamora's reality-warping antics in INFINITY WARS, Frost decided to refocus her efforts on destroying the Hellfire Club. To get this done, she appealed to Rogue and the X-Men for help, which the team gave, but only if Emma told them absolutely everything about her plan up front. In X-MEN: BLACK - EMMA FROST #1, Frost pulled a fast one on them, though, when she took Sebastian Shaw out and then claimed his title as the Black King in hopes of turning it around. 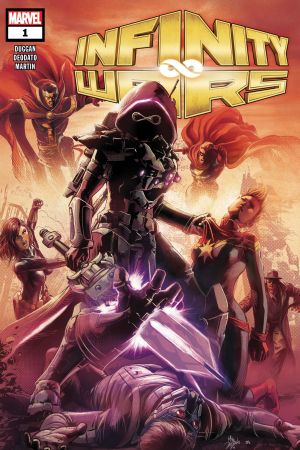 In this article: Emma Frost, X-Men