A History of the Sword Called Excalibur

Follow the background of the blade as you read 'X of Swords'!

A dashing nineteenth-century dude named Edward Bulwer-Lytton once issued the adage “The pen is mightier than the sword,” but we’re not sure the X-Men would agree! They’re fightin’ their way through the X OF SWORDS event right now and they need a few more swords and a few fewer pens!

Last week's EXCALIBUR #13 proved a pivotal point for the squad and the crossover...

So we’re of a mind to mash a few words about the beautiful blade Excalibur itself! Forward!

Doctor Doom once forced Kate Pryde and Jean Grey to fight for the sword!

When you stack all the Super Villains up who’ve tussled with the mighty mutants, the name “Doctor Doom” doesn’t always appear at the top, but one day long ago in 1992 the Latverian monarch could be found auditioning assassins in EXCALIBUR VS THE X-MEN #1 and a weasely wonder called Sidestep made a sinister suggestion—why not have the OG X-Men knock off Excalibur?

So, as Doom brooded and watched, the assassin set up a twisty time tunnel to deposit the Excalibur mates and the X-Men in exciting eras throughout history and force them to fight. As it happened, Kitty Pryde—who was going by the name Shadowcat then—and Marvel Girl Jean Grey suddenly appeared on a bombastic battlefield in ancient England, right as a dying King Arthur was postmarking the sword Excalibur back to the lovely Lady of the Lake!

Jean, calling herself—get this—“Marvel le Fay,” got ahold of the blade, but so did Kitty and the opposition was on! Both mutants worked their magic, so to speak, but in the end Shadowcat clawed her way to the top and wrested the weapon from Jean to return it to the lake…and the Lady within. 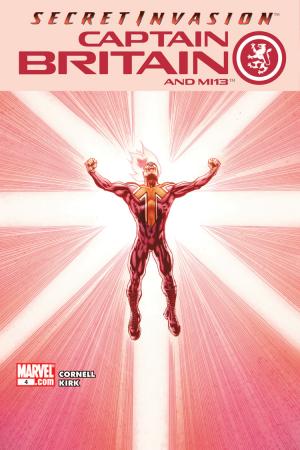 A medical doctor once coined her costumed codename from the blade!

Dr. Faiza Hussain, an actual medical practitioner, found herself patching up people in the midst of the so-called Skrull SECRET INVASION in CAPTAIN BRITAIN AND MI: 13 (2008) #4 as well as aiding the heroic Black Knight, a groovy guy who knows a thing or two about swords. Well, sir, the good doctor was knocked out cold during the dust-up and dreamt of Arthur and a certain not-so-bashful blade…

Upon awakening, Faiza began to exhibit strange abilities—as well as an overwhelming urge to pull Excalibur out of the stone that Captain Britain has just stuck it in! Sword and super-surgeon became a match made in Avalon, needless to say, and as Dr. Hussain dived deeper into her dreams she eventually accepted the codename “Excalibur” as she swashbuckled around England and the world with MI: 13.

Excalibur soon racked up an impressive itinerary of events, from killing Dracula and saving Wolverine’s life, to joining a whole team of medical-based Super Heroes…because who doesn’t need one of those, huh!? That line-up led Faiza to a lady named Linda Carter, who we all know as Night Nurse, and that of course leads us to line up the next entry, Effendi… 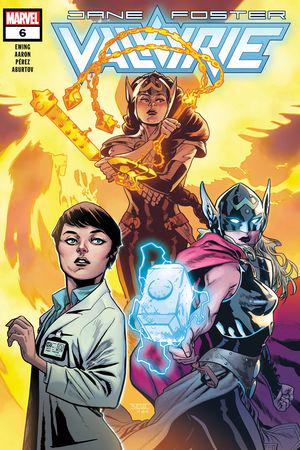 One wielder once loaned the blade away!

Marvel’s Medics hung out a shared shingle in JANE FOSTER: VALKYRIE (2019) #6, a bumper crop of cut-ups boasting the powerful presence of Night Nurse, Doctor Strange, Manikin, Cardiac, and yes, Excalibur. They gathered together to aid Dr. Jane Foster in the small matter of the death…of Death.

Along the way, Dr. Hussain and the other docs traveled to the Realm of Death to see what was what, and in doing so began to run afoul of many an audacious adversary—some the minions of Death itself! Anyway, Excalibur loaned her namesake to none other than Night Nurse to maul said minions, at which time Linda loaned it right back and Faiza used the sword to help the team complete its journey.

Now, do we recommend such loosey-goosy loans of world-famous weapons to any ol’ Tom, Dick, and Night Nurse? No, we do not! Except, we’re not exactly Excalibur, are we? Yeah, we’ll just leave such daring decisions up to the designated doctors. Better that way!