A Quick History of the Goblin Queen

Take a look back at the history of the X-Men’s ally-turned-enemy.

Before donning her demonic guise, Madelyne Pryor seemed a normal woman who just happened to look like Jean Grey.  Scott Summers met her while she worked for his grandparents, not knowing that Mr. Sinister had cloned the young lady from Jean's DNA. Although Mastermind used her as a pawn in one of his schemes, Maddy and Scott fought back, and soon married.

Scott and Madelyne left the X-Men behind to start a family, but that life proved difficult to abandon completely. Thanks to Loki's machinations, Madelyne gained mystic powers, becoming the healer Anodyne, but she soon discovered the God of Mischief’s gifts came with a high price tag. With the help of the X-Men and Alpha Flight, Maddie defeated Loki and returned to normal.

During the encounter with Loki, Madelyne revealed a secret: her pregnancy. She and Scott returned to the X-Men when Magneto joined the team, and Cyclops began paying less attention to her. Maddy gave birth to Nathan while Scott fought Fenris in Paris during the trial of Magneto; when Storm and Cyclops fought for leadership of the team, Madelyne used her own mutant powers to ensure he lost. 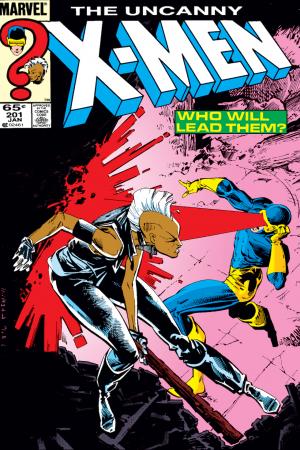 Fall of the Mutants

When Cyclops found out Jean still lived, he abandoned his wife and son to help form X-Factor. Sinister, in an attempt to eliminate the clone after the real Jean had returned, sent the Marauders after her, and their attack left Maddy in a coma. After she woke, she returned to the X-Men as they protected her from the Marauders and took her to Dallas—where the team, plus Madelyne, appeared to die.

But their deaths didn't last, as Roma resurrected them. They kept their rebirths a secret, opting to move to Australia and work underground. Madelyne provided support—and hooked up with Havok, Cyclops' brother. But while there, she saw Scott and Jean on the news, learning why her husband had left her. The demon S'ym began tempting her at that point, setting the stage for her metamorphosis into…

…The Goblin Queen! After making deals with the demons S'ym and N'Astirh, and getting her son back, Madelyne learned her true origins. She fought Mr. Sinister, and later turned the X-Men into demons so they would attack X-Factor and her hated foe, Jean Grey. Eventually the mutants defeated her when Jean re-absorbed Madelyne's memories and essence into herself, along with that of the Phoenix Force. 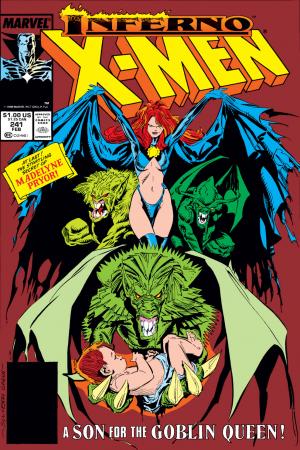 Madelyne would return years later when Nate Grey, an alternate reality version of her son Cable, discovered her on the astral plane. He restored Maddy’s body, and after a stint with the villainous Hellfire Club, she reconnected with Nate and helped him battle the Great Beasts and Strikesquad: Gauntlet—the latter of which left her severely weakened, and she disappeared again.

During Secret Wars, the Goblin Queen returned in a domain where the X-Men didn't stop her during Inferno. She warred with Illyana in her Darkchilde form, helping Colossus against his sister. After her rival died, Madelyne absorbed her magical powers. She'd side with Doom in the final battle, eventually stopped by Captain Marvel and her enemy/creator, Mr. Sinister.

In this article: Madelyne Pryor

Straight from San Diego Comic-Con, check out all the news about 'Dark Web,' a new saga launching in November.

SDCC 2022: Spider-Man and the X-Men Embrace the 'Dark Web' in Crossover Teaser Art

‘Dark Web’ teaser art by Ryan Stegman heralds this November’s crossover between Spider-Man and the X-Men.

Following her appearance in FREE COMIC BOOK DAY: SPIDER-MAN/VENOM #1, take a look back at Madelyne Pryor's tragic and villainous history.