A War for the Cosmos Begins in 'Empyre: Avengers'

Spoiler alert! Read through a rundown of all the action in today's enormous 'Empyre' prelude!

Warning! This article contains spoilers for today's EMPYRE #0 AVENGERS, so read on at your own risk, True Believers!

Coming to your local comic shop on July 22, EMPYRE #2, EMPYRE: AVENGERS #1, and EMPYRE: X-MEN #1 will continue to expand the dangerous and destructive reach of one of the most mighty cosmic conflagrations in recent Marvel memory! True Believers everywhere can pre-order those issues now before picking them up in just under a month's time, but to prepare for the action to come, we're looking at what went down in today's opening salvo...EMPYRE #0 AVENGERS!

War is coming and the Avengers have chosen a side in the issue by Al Ewing and Pepe Larraz! Inside the ish, the planet's greatest Super Hero team joins forces with the plant-like Cotati against the oncoming threat of the allied Kree and Skrull forces led by former Young Avenger Hulkling!

The proceedings kick off with a recap of the troubled history between the Kree and the Cotati who were made to fight at the behest of the Skrulls eons ago. The Cotati won, but that victory led Kree leader Morag into a rage that had them kill the Skrulls who showed up. The Kree then used that technology to spread their supposed supremacy across the cosmos...

That flashback came about thanks to a dream one Tony Stark had on Earth. He initially received it thanks to a vision given to him by Immortus back in AVENGERS (1963) #133. Shortly after waking up, Iron Man got a call from Captain Marvel about Avengers business on the Blue Area of the Moon; a psychic request had been sent out from the very place that the Kree and Cotati fought all those centuries before. As the Avengers approached, they realized that the oxygen-rich area actually boasted more of a green color thanks to all the plants growing there! 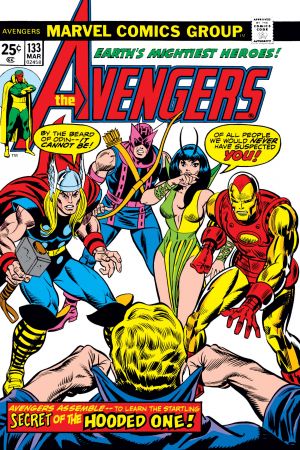 Shortly after landing, the team encountered a Kree Sentry—which first appeared in FANTASTIC FOUR (1961) #64—but with a Skrull mutation. The team received some help from the Swordsman...of sorts. Way back in GIANT-SIZE AVENGERS (1974) #4, Cotati took over the Swordsman's corpse to marry Mantis and conceive a child. At the end of that story, they both turned into energy and disappeared. The version in this issue claims to still retain that body as well as Jacques Duquesne's memories, which include his initial betrayal of the Avengers!

The Swordsman then introduced his former teammates to his son with Mantis: Sequoia, the Celestial Messiah. (He and Thor got to know one another in an earlier adventure, AVENGERS: CELESTIAL QUEST (2001).) Given their existing relationship, Thor agreed to bring down a few storms to help continue the Cotati's growth on the Moon.

Later, the Avengers finally came to learn that the Kree and Skrulls have been united in their hatred towards the Cotati. Quoi noted that the Kree hated them for losing to the Cotati all those years ago and the Skrulls hated that the Cotati's victory led to the Kree's intergalactic crusades. Sequoia even hinted at the identity of the alliance's leader, Hulkling, without specifically conveying his identity, which was revealed in INCOMING (2019) #1. He went on to explain that the Kree/Skrull Alliance was headed there to raze the Cotati from the Moon.

After hearing all this, Carol reminded Tony of another moment seen in INCOMING wherein they witnessed the deaths of a Kree and Skrull working together at the "hands" of a plant and heard the warning, "Beware the trees." Thanks to a rousing speech from Iron Man, though, the team all agreed to defend the Cotati and figure out the politics afterwards. 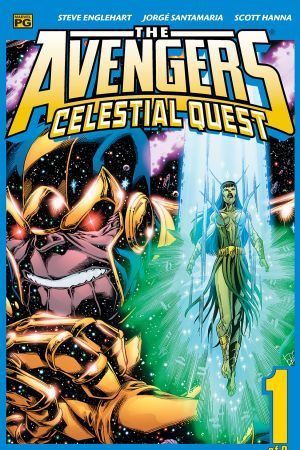 The issue ended on a surprise though, as it appeared the Fantastic Four were fighting on the side of the alliance! Whether it was truly them or Skrull copies, we'll just have to wait and see...as Empyre marches on!

The issue features a Kree leader by the name of Morag, who might sound familiar to diehard Marvelites, as he appeared once before in the aforementioned AVENGERS (1963) #133. As well, this isn't the first time that Earth's moon has seen such impressive greenery; a Cosmic Elder known as the Gardener used more than one Infinity Stone to create lush nurseries there as seen in comics like MARVEL TEAM-UP (1972) #55!

To join the Empyre action, read EMPYRE #0 AVENGERS now in full, then get your orders in at your local comic shop for EMPYRE #2, EMPYRE: AVENGERS #1, and EMPYRE: X-MEN #1 which all debut on July 22!

In this article: Avengers, Empyre