'Annihilation' Now and Then

Prepare for 'Annihilation - Scourge' with a look back at the original event!

The greatest and most powerful Marvel Cosmic heroes will come together in an attempt to stop a threat from the Negative Zone in ANNIHILATION - SCOURGE!

Generally speaking, the story revolved around a group of heroes (and even villains) that joined forces to destroy the Annihilation Wave—a group of ravenous, all-consuming monsters led by Annihilus of the Negative Zone.

As we move towards ANNIHILATION - SCOURGE, let's look back at what the leads were up to over a decade ago during the initial event!

To throw the universe into chaos, Annihilus centered one of his earliest attacks on Xandar, the home of the Nova Corps. This move wiped out nearly every Nova on planet, except Richard Rider who soon found himself the sole protector of the Xandarian Worldmind (who gave him a power upgrade as seen in the PROLOGUE).

In his limited series, Nova gathered heroes around him like Drax, Cammi, and Wendell "Quasar" Vaughn, while also trying to save as many refugees as possible. Along the way, he and Quasar attacked Annihilus, a move that left Rider scarred and Vaughn seemingly destroyed. 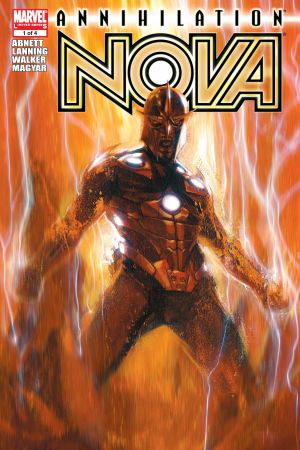 From there, Rider became a general in the war against Annihilus with Peter Quill serving as his trusted second. After suffering their fair share of losses, Nova decided to make a personal attack on Annihilus and, with some help from Phyla-Vell, managed to rip the monster's insides out. Nova would go on to play an important role in the follow-up event ANNIHILATION: CONQUEST and eventually rebuild the Corps in his own ongoing series.

The Sentinel of the Spaceways first sensed the infestation in the PROLOGUE issue and then began uniting his fellow former Heralds of Galactus in ANNIHILATION: SILVER SURFER. He soon realized that Annihilus' Seekers sought to track down anyone wielding the Power Cosmic to aid their leader's war. Not long after, the one-time Herald met with Galactus, who explained that the Wave freed two of his own kind: Tenebrous and Aegis. The being once known as Norrin Radd agreed to serve his old master once again to gain even more power and fight against the growing threats. 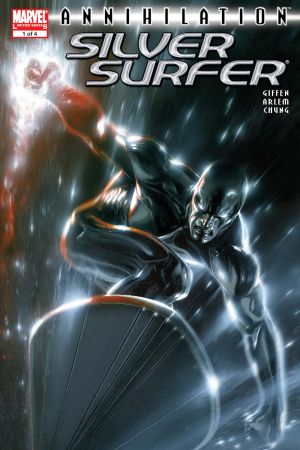 In the main series, the Surfer attempted to take on Aegis and Tenebrous, but they quickly overpowered him and then Galactus, capturing them both for Annihilus. Eventually freed by Drax, Silver Surfer used his power to free the Devourer. Enraged, Galactus unleashed a huge blast of energy to destroy all of Annihilus' forces and anything else in its way, so he also sent his Herald ahead to warn anyone in its path. Though he could not alert everyone, the Surfer succeeded while Nova killed Annihilus and went on to serve Galactus for a time thereafter.

During the original ANNIHILATION, Earth was kept out of the action, for the most part; the heroes and villains had their hands filled with the CIVIL WAR that broke out over the Superhuman Registration Act. However, you can't have a space adventure without including those cosmic cosmonauts, the Fantastic Four!

In ANNIHILATION: SUPER-SKRULL, Kl'rt understood the threat of the Wave and the Harvester of Sorrows, a ship that created fuel by destroying planets. He rebelled against his own commanding officer to stop the invasion and save the planet his son inhabits. To get to the Negative Zone, he asked for help from an unexpected source: Reed Richards! 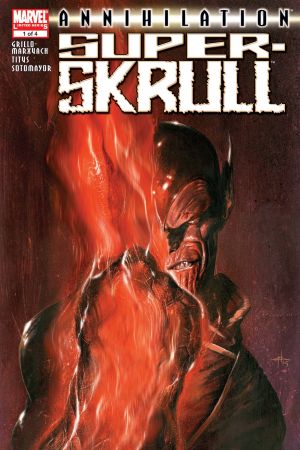 The Super-Skrull explained everything he knew about the Annihilation Wave and Reed agreed with his plan enough to send his longtime enemy into the Zone. There, Kl'rt recruited a team and managed to destroy an incredible weapons ship called the Harvester of Sorrows. Kl'rt later helped Ronan defeat the corrupted Kree leadership so he could take over leadership himself, none of which could have been done without the assist from Mister Fantastic!

The warrior Korbinite known as Beta Ray Bill did not actually participate in the initial ANNIHILATION adventures. He'd fought alongside Thor during Ragnarok in 2004's THOR #83-85 and saw his homeworld fall to Galactus (in STORMBREAKER: THE SAGA OF BETA RAY BILL) and even fought with Omega Flight on Earth. There, he was replaced by Skrulls during SECRET INVASION and eventually tried to take out Galactus in BETA RAY BILL: GOD HUNTER.

However, he did get involved in the larger space wars going on in THE THANOS IMPERATIVE, which found a rift in space opening our universe up to the Canververse, a place populated by demonically possessed heroes where death no longer existed. Bill joined up with other heavy hitters Silver Surfer, Quasar, Nova, Gladiator, and Ronan the Accuser to put an end to the threat. Nova and Star-Lord sacrificed themselves to close the rift and trap Thanos therein. 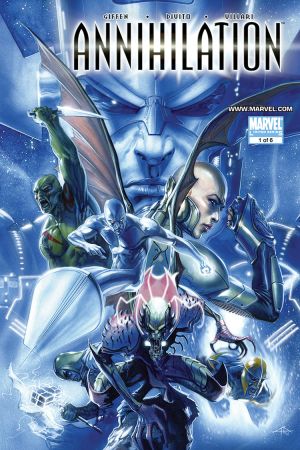 Before leaving Nova asked Bill, Ronan, the Surfer, Gladiator, and Quasar to keep working together when needed, thus forming the Annihilators. Joined by Ikon, the Spaceknight, this group saved the planet Galador and prevented a new Magus from being born in ANNIHILATORS and ANNIHILATORS: EARTHFALL.

Get the latest Dev Update from MARVEL SNAP! Find out what to expect with the newest feature, the Token Shop, as well as which Series 4 and Series 5 cards are rolling out next!