Break down the evolution of Carol Danvers' other Super Hero names!

Ms. Marvel. Binary. Warbird. Captain Marvel. What do all these names have in common? Former spy, U.S. Air Force pilot, and writer Carol Danvers, of course!

Carol is known as a great leader and a fearless proponent of justice in the Marvel Universe. And she has changed greatly since her debut over 50 years ago, from amnesic heroine to a cosmic fighter, so we're taking a look at how Carol Danvers became the hero she is today. 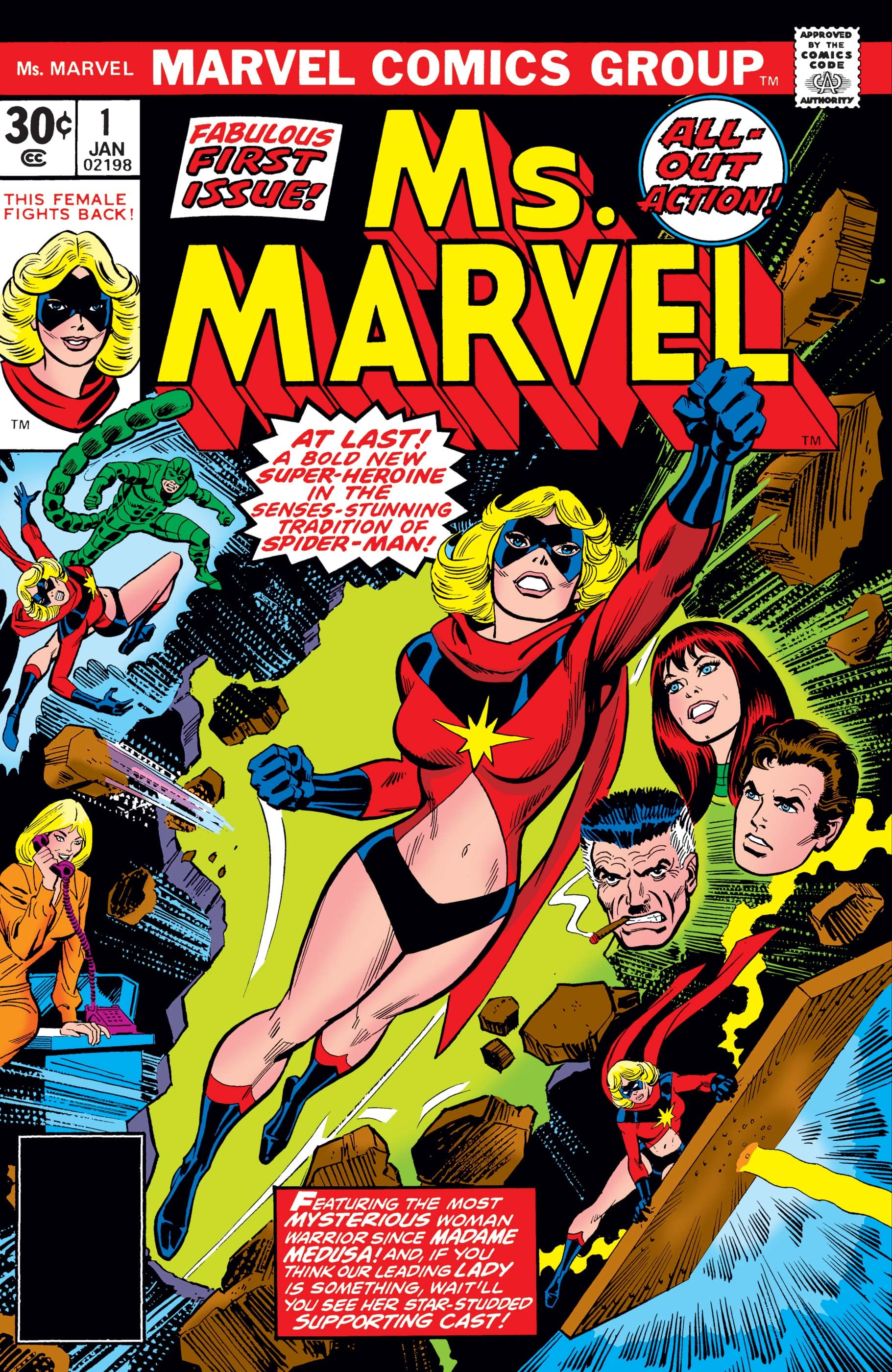 Carol was first introduced to the Marvel Universe in MARVEL SUPER-HEROES #13 as the Secretary Chief of NASA, whose co-worker was Dr. Walter Lawson (a little more on him later), but her first appearance as a heroine was nearly 10 years later in MS. MARVEL #1.

By that time, Carol had moved to New York and now worked as an editor of a magazine run by J. Jonah Jameson, for which her first assignment was about…Ms. Marvel! She received her powers after an explosion from a machine called a Psychic-Magnetron, melding her genetic structure with the Kree warrior, Captain Marvel. And who was Captain Marvel? Dr. Walter Lawson!

Carol decided to call herself Ms. Marvel after a fight with Scorpion, who doubted she was anything like the Kree. On the contrary, Carol had flight, resistance to most poisons, super strength, and a kind of clairvoyance. The most interesting aspect about Ms. Marvel was that she was a split personality; Carol didn’t know she existed, and vice versa, because she would blackout before transforming into the titular hero. There would be good times (teaming up with the Avengers) and bad times (being brainwashed and other unscrupulous deeds by Marcus Immortus) during Carol’s tenure as Ms. Marvel. Unfortunately for Carol, Rogue, who was working with the Brotherhood of Evil at the time, later absorbed part of her psyche and all of her powers... 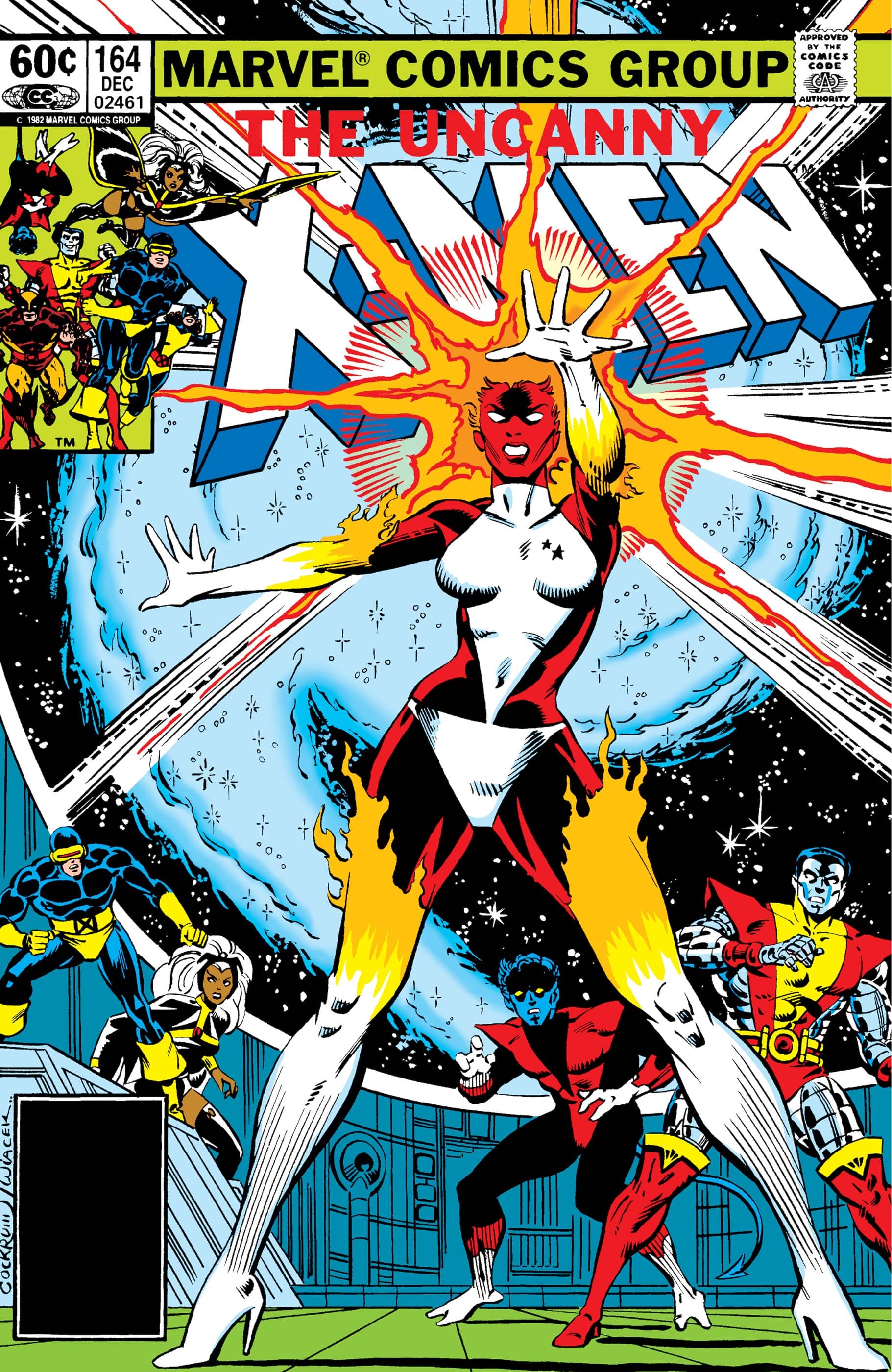 After the battle with Rogue, Spider-Woman (A.K.A. Jessica Drew) brought Carol to the X-Mansion, where Professor X restored most of her memories, but couldn’t restore her powers or the emotional bonds linked to her memories. Later, Carol and most of the X-Men were captured by an alien species called the Brood. Due to her hybrid genes, Carol was experimented on, revealing the latent potential of her powers.

In UNCANNY X-MEN #164, Carol could now generate the power of a star from a white hole, which gave her the ability of energy absorption. With the renewal of her powers and then some, she decided to leave Earth, stating that it was Carol Danvers’ home. She felt different from her past self, and as the hero now called Binary, would travel space—a dream she had since she was a child—and join the Starjammers. 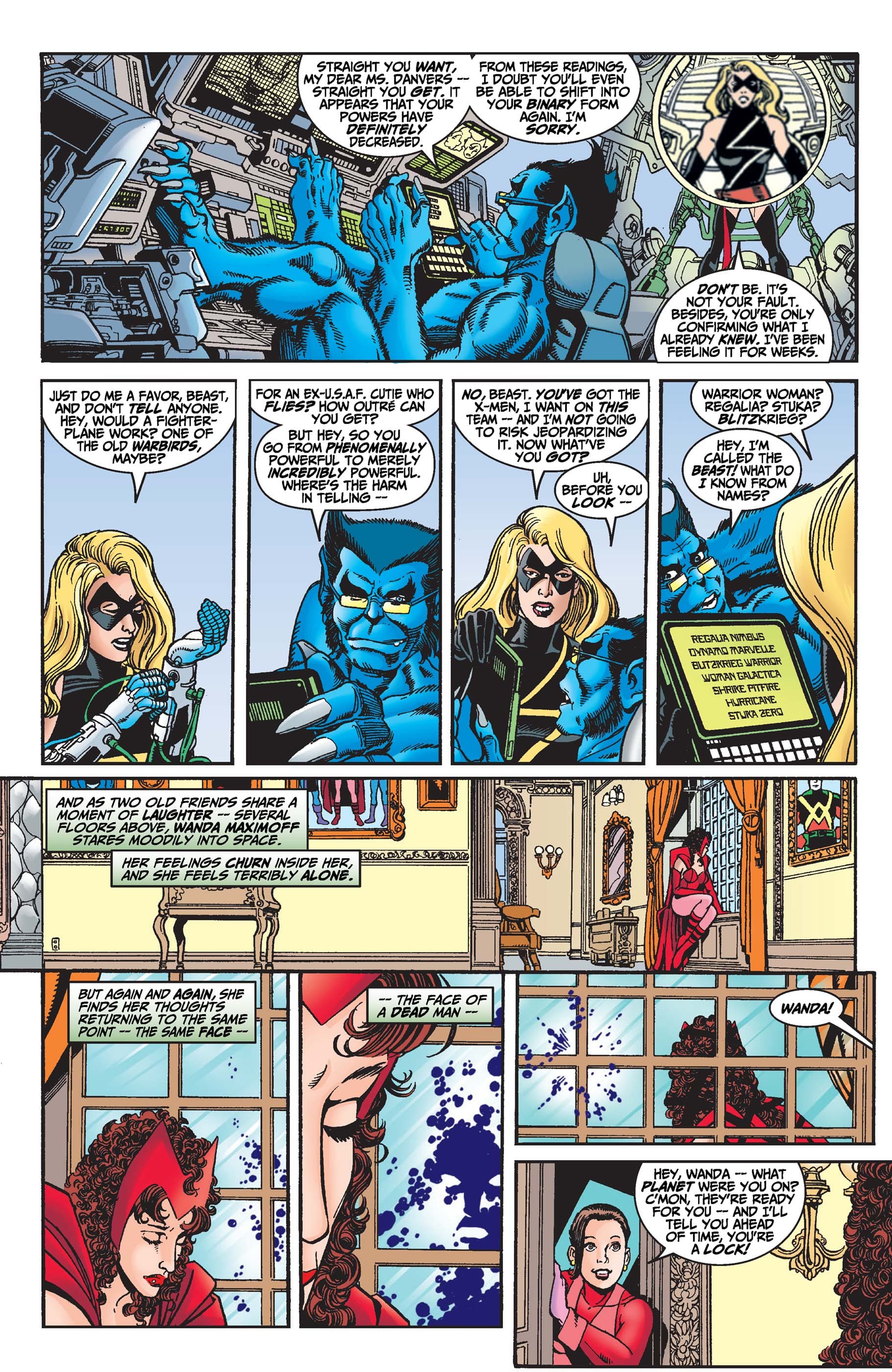 She burned out her powers after saving Earth’s sun from the Kree during Operation: Galactic Storm, and the burnout caused Carol to regain her Kree powers. Her Binary powers had greatly decreased, as noted by Beast in AVENGERS #4, but she told him not to tell the other Avengers, as she wanted to rejoin the team.

Carol then changed her name to Warbird—the name of a fighter plane and a nod to her past in the U.S. Air Force. She did receive a spot on the new Avengers team, but Carol would face one of the darkest times of her life. She attacked Iron Man and was court-martialed by the Avengers, then moved to Seattle to recover and restart her writing career.

Carol would eventually get her bearings and rejoined the Avengers. During HOUSE OF M, Carol, who had switched from hero work to a normal job, was placed in a world where she was recognized as Captain Marvel. This reignited a fire inside Carol, and she would take up the mantle of Ms. Marvel again, which would eventually lead to… 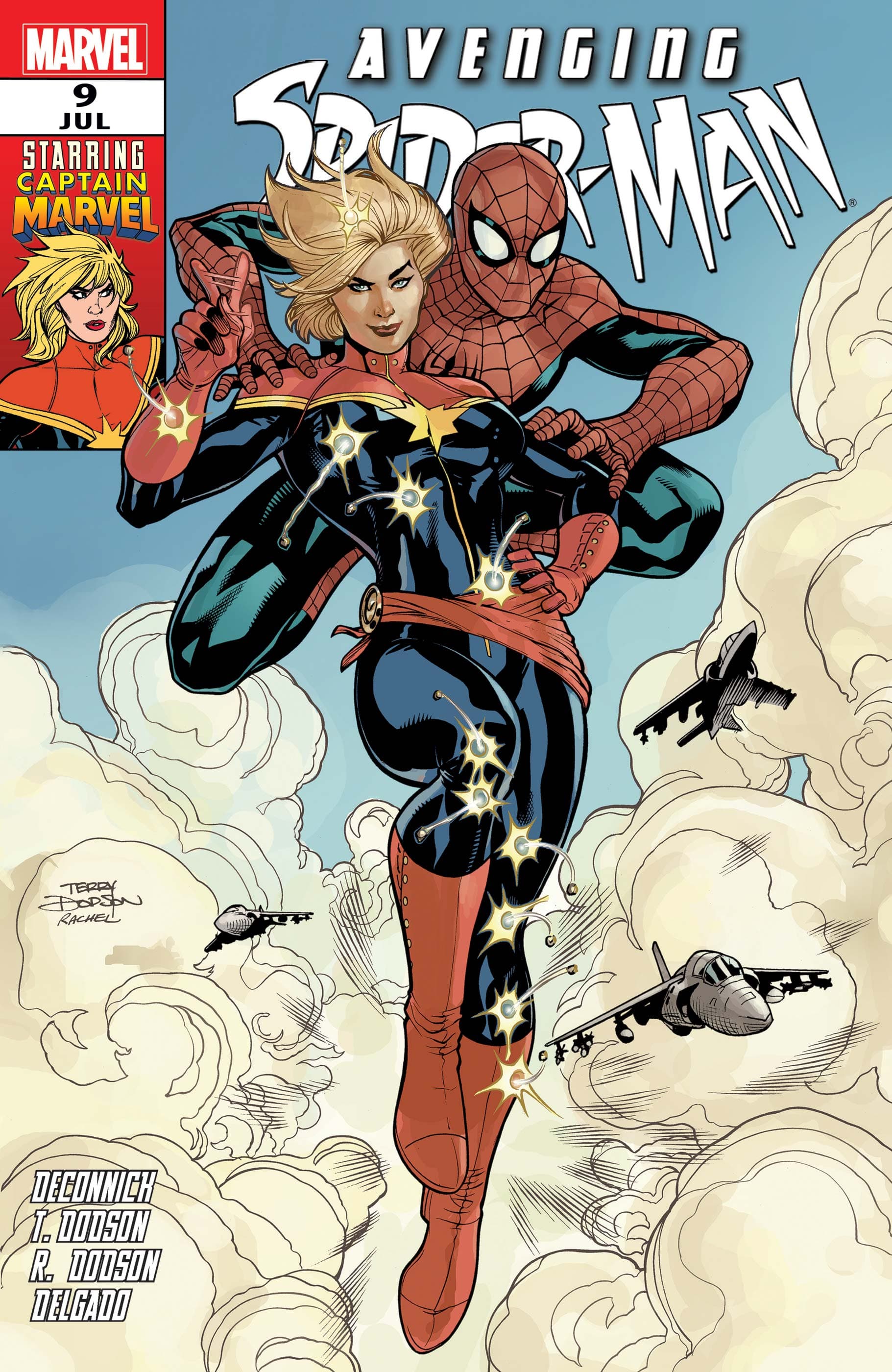 She became Captain Marvel after Mar-Vell, the first Captain Marvel, sacrificed his life to save his people. She would take the name as tribute to him and don a new costume. Later, Carol discovered she had a brain lesion and using her powers would make it worse. Ignoring her doctor’s orders, she used her powers but at the cost of losing her memories. Again. This didn’t hinder her from being a heroine, though, as she would join the Guardians of the Galaxy for new space adventures and S.H.I.E.L.D., when she returned to Earth to hunt down the Illuminati, who were causing the destruction of the Multiverse. No matter the threat, Carol would stand tall and inspire others (like Kamala Khan) to become heroes.

She survived 'Empyre' -- what will she do when she finds herself in another uncertain time?

The Sunday web comics by Zeb Wells and Gurihiru come to print later this year!

The End of ‘Empyre’: The Creators Bring the Comic Event to a Cosmic Close

Hear from Al Ewing, Dan Slott, and Valerio Schiti on how they told the story of Marvel’s latest event!

How ‘Empyre’ #6 Leaves the Marvel Universe in New Territory

A new era for the Marvel Universe begins here!