The universe's ultimate cosmic warrior is coming to the big screen when Marvel Studios' "Captain Marvel" hits theaters March 8, but what was Carol Danvers life like before her U.S. Air Force career?

In “Captain Marvel: Higher, Further, Faster,” readers will get to follow along during her first year at flight school where she’ll be tested in ways she never thought possible. Marvel.com spoke with author Liza Palmer about the future hero, and what fuels her to soar for great heights. 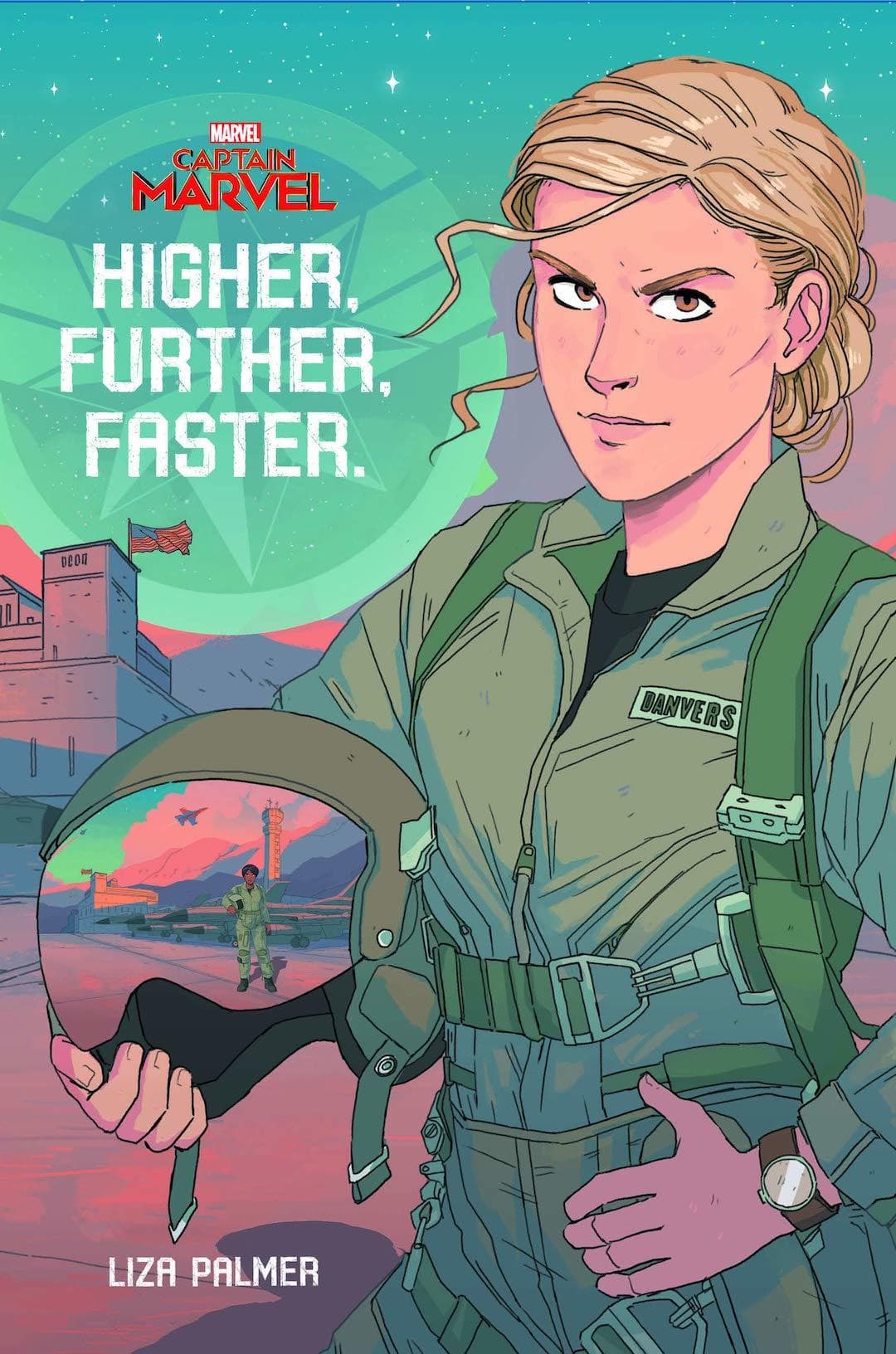 Marvel.com: This book serves as great insight into the character before the release of "Captain Marvel." What served as your inspiration knowing that the world will get to meet Carol Danvers on screen in just a few days?

Liza Palmer: I wanted people to see the humanity in her. The flawed, curious, still-learning eighteen year old Airman that was heroic long before she got powers.

Marvel.com: There are a lot of “inside baseball” references to flying - what was the research like for this book?

Liza Palmer: I’m from a family of flyers. Jack and Bonnie Thompson in the book are actually based on my grandparents, Jack and Bonnie. (We’re a Navy family though… don’t tell Carol) So, it’s a world – a calling – that’s near and dear to my heart. I knew I had to get it as right as I could out of respect for those who serve.

I watched way too many videos, fell down way too many internet rabbit holes, talked to way too many friends and friends of friends who have served and flown and even reached out to USAFA’s McDermott Library on one occasion and even with all that I know… I missed things. The real challenges were the smaller moments. I got stuck for hours on the interaction where Carol and her fellow Airmen pass Captain Jenks on the USAFA campus. I knew they wouldn’t just be able to breeze past with a flicked head and a “’sup.” It was such a seemingly small, daily interaction that it was near impossible to find what the etiquette was. It’s not like Airmen are writing blogs on “THINGS TO SAY WHEN YOU PASS A CAPTAIN IN THE HALL.” (Although if they could start - many, many writers would thank you greatly.) I eventually found it in the most passing of comments deep down a rabbit hole I couldn’t find again if my life depended on it.

Marvel.com: Carol Danvers was flying solo both in the skies and in her life until she came across a crew of friends that she could call family. Can you give us some insight into these particular friendships of hers?

Liza Palmer: First off, this question made me tear up. You’re so right, Carol was flying solo for so long. We all recognize ourselves in her yearning to be seen and loved by a real friend. And then to find Maria. How wonderful.

For so many of us, we’ve been told we’re “a lot” or that we need to “tone it down.” We’re led to believe this “a lotness” will be our social and professional downfall if we don’t tame it, tamp it or smooth out our edges. So, to be able to write and highlight two of the most untoned-down shiny pennies, it’s truly an honor.

Carol and Maria … man, I am STILL tearing up thinking about them? Whooeee. I just love them and was so grateful to get to write them.

Marvel.com: Circling back to that, Maria and Carol are best friends even though their goals are parallel. How did you write them to embolden rather than compete?

Liza Palmer: From the very beginning, everyone was agreed that this was not going to be an origin story where two women were pitted against each other. The directive was always that Carol and Maria never bought into the idea of scarcity or “cat fighting” or that they were each other’s competition. They are forever in awe of each other. Even in the darkest of times, Carol and Maria understood they were better – and stronger – together.

Marvel.com: At graduation, Danvers says to Bianchi, “I didn’t know that in order to be a good airman, I had to be a good human.” While that could apply to any profession, it seems obvious but not until you say it out loud. How important was it to convey that revelation?

Liza Palmer: Man, these questions are good. I loved the rivalry between Danvers and Bianchi. They were hyper-competitive, yet demanded a certain level of inward curiosity as to why they strived and what they were trying to prove by winning. And because of this openness between them, they were able to get curious about the hollowness of winning for winning’s sake. Their challenge was to recognize that a true hero – a good airman – is far more than just who won the race.

I wanted to drill down into what heroism is, especially when writing about a super hero before she gets her powers. If it’s not just about brute strength, what is it about? I started thinking about the elements of a hero: empathy, integrity, resilience, curiosity and courage. In this scene, I wanted Danvers and Bianchi to recognize that drive in one another, yet challenge the other to dig deeper and think beyond just coming in first.

Marvel.com: “Let yourself learn” is a running theme from beginning to end in the book. How did you make sure that Carol truly took those words to heart?

Liza Palmer: The hard part of letting yourself learn is first admitting that you don’t know everything and for someone who likes to be good at stuff as much as Carol does, that first step is a doozy. One of the keys to having Carol really take this to heart was tapping into the part of her courage that was still kind of hiding inside her curiosity and resilience.

Carol was already trying and failing, getting up, dusting herself off, trying again, failing again… and learning each time. She was way more comfortable with the whole trying, failing, getting up and trying again thing when it was about Basic Training and not about her character or integrity. Aren’t we all? It was just about using the one way she was already curious and resilient and letting her take baby steps to apply in other meaningful ways.

New in Marvel Unlimited: ‘Loki’ is Here and We Promise He’ll be Definitely Maybe Good

The god of mischief takes the throne! See what other fresh arrivals hit the digital comics mega-library this week.

Prep for 2020 with a look back at the biggest moments of the year that was!