Used’ta be back in the dark old days that the Lord of Vampires kept to himself in his creepy crypt and basically didn’t boogie with others—others, that is, in the super-dude department. But new info’s come to light in RUINS OF RAVENCROFT: DRACULA #1 that’ll blow the lid off the coffin (so to speak) on that score, bunky!

Hey, that means another deep Didja Know dive into some delectable details about that sanguinary stand-up man’s other dalliances with Marvel Universe superstars! So slip into a cape and fasten on your fangs, things are about to get freaky as we sharpen our stakes for the whole Ravencroft extravaganza!

Well, the entire world of Marvelites, that is… They all knew something special cometh their way when they saw the cavortin’ cover of GIANT-SIZE SPIDER-MAN (1974) #1 and their fingers twitched to open it up and savor the spectacle. And lo, spectacle they did receiveth! 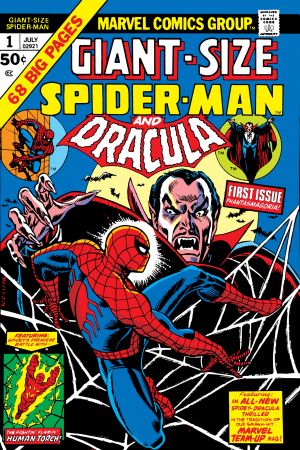 True Believers’ hearts pounded as they turned the page to the promised panache, and their on page 11 it appeared! Peter Parker, boy photog, face-to-face with Dracula, Lord of the Undead, as they both walked the moonlight-soaked boards of an ocean liner far out at sea. And then…it happened! Vampire and Super Hero collided—literally! They bumped into each other!

Word were exchanged; “Dolt!” “Fool!” “Grouch!” And then the two popular personalities passed and across the world a hushed silenced reigned until comics fans could summon up their senses once more. The energized encounter sparked much debate: What could possibly happen next? Dracula steps on the Invisible Woman’s foot? Spills a goblet of wine on Iron Man? Accidentally hooks his cloak on Captain America’s shield? Minds boggled while speculation swirled and readers held their breath all over again while they waited for the Vampire Lord’s next brush with the Marvel Universe…

Now, waitaminnit, you say—does anybody truly join the Defenders, comicdom’s infamous “non-team”? Sure, we’ll give that, effendi, but the Count did do some dynamic defendin’ alongside ‘em, and that’s good enough in love, war, and that one poker game the Super Heroes always play. And the best part about it? It’s all true, True Believers.

See, around the time of DEFENDERS (1972) #95, Doc Strange and his pals thought they’d just about wrapped it up with their brouhaha against the satanic Six-Fingered hand, but quick as you can say “Aunt May, Herald of Galactus” they wuz proved wrong, and how. The Lord of the Vampires barged in on the team’s triumph and laid it on the line: Drac was being dragged down by demons and circumstances demanded the Defenders, well, y’know, defend him. 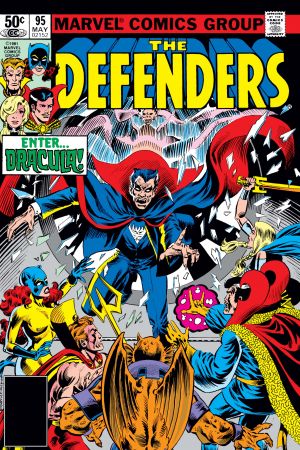 Doc, along with Nighthawk, Hellcat, Daimon Hellstrom, Valkyrie, and the then-new-guy Gargoyle hustled on over to the Count’s castle where they had a grand ol’ time fighting their foes and doing Drac a solid—that means a favor, Frank. Imagine the Son of Satan standing up for the bloodsucker, and you’ll get a glimpse of the goings-on until you seek out the real-deal for a longing look-see. Send us a postcard when you’re done, eh?

Okay, okay, not all eleventy-billion of the merry mutants, natch, but some of their heaviest hitters—and one of ‘em their hairiest! And it all occurred because Drac boo-hoo-hoo’d for a blushing bride! Read on, you rascals, you!

In UNCANNY X-MEN (1963) #159, Storm fell under what we sometimes call in the biz, ah, “tender mercies” of Dracula. Why? Hey, you know all the players and you gotta ask? Anyway, he put the big bite on Ororo and Kitty Pryde, Wolverine, Colossus, and Nightcrawler twigged to the tumult and moved to put some hurt on the Count. What happened next was sweet music and poetry to comic-lovers everywhere. 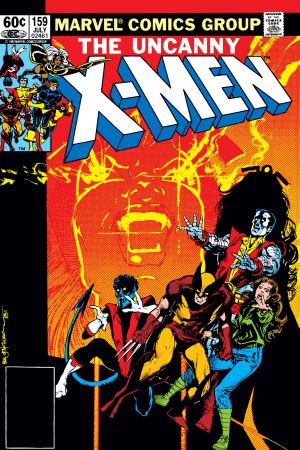 Yep, you guessed it: Dracula, Lord of the Undead versus those mighty mutants! And was yon floor mopped with said mutants’ backsides? Yea, verily, and sadly, too. Try as they may and did, they proved pushovers for the victorious vampire, leaving it to Storm herself to beat the Count at his own game and break the spell he’d woven around her. In fact, 'Ro even impressed the fangster enough to give him pause…which was a pretty amazing accomplishment, you must admit!

Peruse these eye-poppin' publications with Marvel Unlimited right now! Then visit your local comic shop to pick up RUINS OF RAVENCROFT: DRACULA #1 today!

In this article: Dracula

Open the Book of the Damned, if you dare...