Didja Know... The Boldest Battles of the Black Panther

Hey, you mighty Marvelites out there! We know that beyond all the drama and pathos in the lives of our nutty natives in the Marvel Universe, you love all the slugfests and smack-downs we can scare up, too—and we know you especially love it when heroes battle heroes!

Y’know which costumed cut-up early on had their significant share of slaps and sallies with other Super Heroes? None other than the majestically magnificent Black Panther, currently starring in AVENGERS, his own book, terrifically titled—what else?—BLACK PANTHER, and the epic event of the sweatin' summer, EMPYRE!

Let’s take a swing at the earliest friend-fights with the King of Wakanda!

You know T’Challa as a comrade and staunch ally of the FF—heck, he’s even been a member! But Didja Know when they all first met fisticuffs flew before it all got sorted out and peace reigned once more? It’s true!

See, the Panther lured the team to Wakanda in FANTASTIC FOUR (1961) #52 and once they stepped foot in the nation’s macabre mechanical forest, T’Challa sprung his trap and attacked. That’s right; hero battled hero until the Black Panther called off the confrontation and explained to his future friends that he was only testing them.

Later, in FANTASTIC FOUR (1961) #53, explanations were given and apologies accepted…and good thing, because before they knew it they were all facing down Klaw, the master of sound, and that battle bolstered the impetus to become buddies with the Black Panther. And the rest is history, Happy!

Didja Know… Black Panther once X’d out the X-Men?

In fairly short order, T’Challa’s legend grew to the point that he joined up with the Avengers and that’s when things really blew up for him—literally! Before he knew it, the denizens of the Marvel Universe were practically lining up to test their mettle against the monarch…including a certain troupe of mighty mutants you might’ve heard tell of...

Back in UNCANNY X-MEN (1963) #45, the teen-age titans were the reluctant guests of the mook we call Magneto and the future didn’t look so hot for ‘em. The Angel went to call on the Avengers, and Earth’s Mightiest Heroes—including the Black Panther—rushed into the breach with battle on their brains. Trouble was the ensuing brouhaha was so big and bold, it had to be continued in AVENGERS (1963) #53, natch! 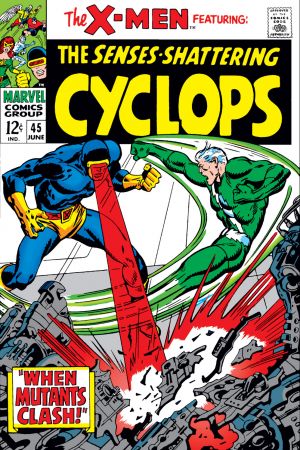 So, Magneto, as any good baddie would, got control of the X-Men and pitted them against the Avengers, until none other than our pal the Panther figured it all out and cleared the air…while the heroes set about clearing the decks of Magneto’s mischief. Check that one out, effendi; you’ll be glad ya did!

Didja Know… Black Panther took on the whole blamed Defenders on one occasion?

Whew! We gotta tell ya, bunkies—it wasn’t easy picking a Panther pummeling for our final entry this time around. We almost chatted about his go-round with the Man Without Fear in DAREDEVIL ANNUAL (1967) #4, but when a little thing called the Avengers-Defenders War looms so large you can’t even see Peoria past it, well, chums, ya just gotta run with it.

Long story somewhat short, the Avengers and the Defenders were caught in a clash to recover a wacky whatsis named the Evil Eye, and members on both sides clamored to crush each other to get at it. In DEFENDERS (1972) #9 it was T’Challa’s turn and he drew the straw for…Doctor Strange! 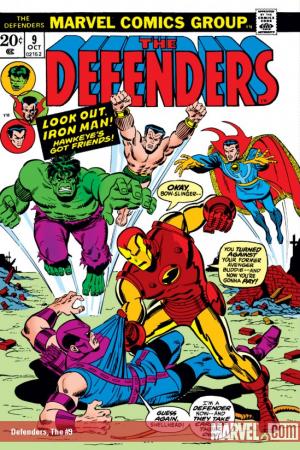 The tussle took place in, of all places, Indiana—on a farm!—and though the Panther fought alongside fellow Avenger Mantis at that moment, the Sorcerer Supreme gained the upper hand that day and, after some initial evil eyes over the Evil Eye, stunned the two Super Heroes into submission. Not a fair fight you say? What? You wanted our hero to have slapped Stephen silly? Boy oh boy, are you Believers bloodthirsty! Take two Marvel mags and call us in the morning!

Additionally, the packaging features characters from the film and includes a limited edition “vibranium” spoon.

This June, T'Challa will return in a new 'Black Panther' series by writer Eve L. Ewing and artist Chris Allen.