Listen up, Marvelites—if there’s one thing we’re most proud of here in the happy halls of the House of Ideas, it’s all the audacious adversity we’ve gifted our powerful pantheon with. “Gifted,” you gasp? Sure! Why, without all the problems and potboilers, our colorful cast wouldn’t be so decidedly distinguishable from all the Brand Echh characters out there, right?

Take Clint Barton, the Avengers’ amazing archer, who's setting his sights in an all-new series we’ve lovingly labelled HAWKEYE: FREEFALL—if anyone’s suffered all the slings and arrows of outrageous misfortune life can shoot at them, it’s Our Man Clint!

So, Hawkeye’s the posterboy this week for proving our point, but before we take aim we’re gonna let you in on a little secret: Clint’s been saddled with so many manic Mondays throughout his crazy career, we were hard-pressed to narrow it down to this favorite few! Whew!

Didja Know… Hawkeye once made himself go permanently deaf?

After taking his first bow as a buffed-up but bashful bad guy bowman in the now-classic TALES OF SUSPENSE (1959) #57 and winning his spurs as an Avenger, Clint struck out solo to make a name for himself beyond the team-thing…and walked into one heckuva hellacious hoedown at the hands of a a creep called Crossfire. 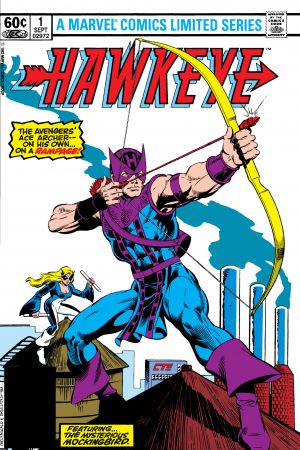 It happened in 1983’s HAWKEYE series. Clint and Mockingbird found themselves forced to fight each other due to Crossfire’s Undertaker Machine. See, the gizmo’s soundwaves accentuated their aggression—the duo had been Splitsville for a while—and to counteract its crunch, Hawkeye put the head of his own hypersonic arrow in his mouth to drown out the bad vibrations.

The result? Instant deafness, of course, though it helped him and Mockingbird to escape the trap. Clint heroically took to wearing a hearing aid, but for many moons to follow the hardship hounded him. Thankfully, that madcap mutant Franklin Richards solved the problem when he recreated Hawkeye as he remembered him before the deafness in 1997’s HEROES REBORN: THE RETURN.

From the moment Clint Barton and Steve Rogers ended up together in the Avengers roster affectionately known as “Cap’s Kooky Quartet,” sparks snapped and spun…and we don’t mean from l’amour! Hawkeye took aim at Cap’s job as leader of the pack, and never let him forget it. In the end, their relationship remained professional, but never really pal-sy.

Then, Steve died at the hands of the Red Skull and the world wondered how it would wander through the years without a Captain America. Tony Stark had some ideas, one of which included offering the famous shield and uniform to, yep, you know it—Clint Barton. 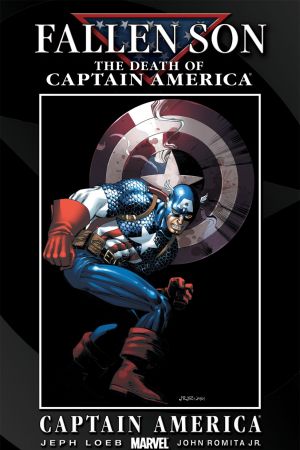 It came at an odd time for Hawkeye, having returned from the dead himself—long story-not long before the events of FALLEN SON: THE DEATH OF CAPTAIN AMERICA (2007) #3, but he passed on the position, only pausing momentarily to ponder it. Personally, we can only imagine what went through his head at the time, the chance to finally fill the boots of his old rival and realizing only one man had what it took: Steve Rogers.

Sure, we hear ya, True Believers—what’s up with this guy and losing his primary senses? Well, it’s all part of the hero-go-round, we guess, and between you and us, they can have it!

For Clint’s part, he didn’t do it to himself. He got quite the knock on his noggin in WIDOW MAKER (2010) #4, so bad of a blow that it began to bring him to blindness. The story seeped into HAWKEYE: BLINDSPOT (2011) wherein his bodacious brother Barney made a comeback as Trickshot and slugged it out with his sibling while bad guy Baron Zemo cackled on the sidelines. 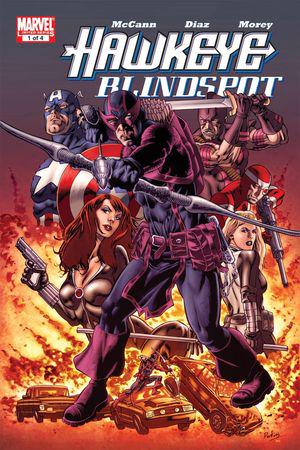 Fortunately, for all the animosity between the two Bartons, Barney did later offer up his own bone marrow to save Hawkeye’s sight—who says this isn’t the Age of Brotherly Love here at ol’ Marvel?

An all-new team and era kicks off in Jim Zub and Sean Izaakse's 'Thunderbolts' #1, on sale this August.