Heya, True Believers! Guess what? We’re in a mind for mischief!

Why? ‘Cause the all-new LOKI #1’s headin’ our way on July 17, bringing with it a bold new era in brassy badness!

Hmm, suddenly we feel a Didja Know comin’ on—something about Loki’s early days as a trippy trickster… Okay! Let’s do this thing, Charlie!

Legend tells of that fateful day when in JOURNEY INTO MYSTERY (1952) #85 the Asgardian god of evil first flexed his foolish folly on his brother Thor and proved to be a pugnacious pain in the Thunder God’s tuchus—right? Well, not quite.

The first true appearance of ol’ Marvel’s version of Loki stands as VENUS #6 in 1949, about thirteen or so years before that classic Silver Age triumph of tall tale telling! Back then, one of Atlas’ pantheon of heroes included the goddess of lover herself, Venus, and boy did she have some rollickin’ adventures—including several evil encounters with, you guessed it, Loki! 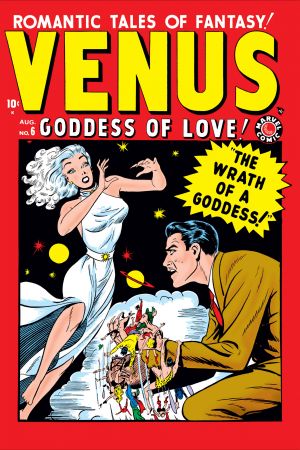 First, Loki came to Earth by escaping his exile in Hades to exercise an obsession with the lovely Venus. Then, after that didn’t go so well, he tried to take over Olympus in VENUS #7, dealt deviltry with a demon in VENUS #9, made a play for the goddess again in VENUS #10, and then alongside his big bro Thor made googly-eyes at a little nation he wanted to take over. Suffice to say he never won any of these goofy gambits and cooled his jets for several years.

Not long after his reappearance on Earth in modern times, Loki’s aggressive anger toward his Thunder God sibling grew so gigantic he turned his evil eye on none other than the Incredible Hulk to wreak havoc.

You know where we’re going with this, right, bunky? Yep, in the instant-classic AVENGERS (1963) #1, the God of Mischief set Earth’s Greatest Heroes against the Jade Giant in a match Loki’ thought for sure he’d come out on top from. But, as things usually go for those who spit in the eyes of the gods, he soon found himself staring down a very venomous Thor, Iron Man, Hulk, Ant-Man, and the Wasp.

So, he did what anyone would do in such a situation: He made himself radioactive. Think about that, Marvelites! Loki was so desperate at that mighty moment he magicked himself into a highly radiative state, most likely dropping himself into danger, too! Well, a few helpful hordes of ants later and a well-placed trapdoor, and Loki found himself in a lead-lined chamber with no one to threaten but his own silly self. After that, lo’, the Avengers were born!

Okay, sure, he had a little helping hand from a guy named Dormammu, but Loki being Loki, he was always large and in charge!

It all started in AVENGERS (1963) #115 and soon grew to encompass not only three more issues, but also four issues of DEFENDERS (1972). Seems Loki desired the devious device designated the Evil Eye and thought a malevolent match-up with Dormammu was the means to the end. The Avengers soon had something to say about that, as did those dynamic Defenders, and the God of Mischief never did quite vie vigorously for vengeance on the heroes for what he saw as past injustices. 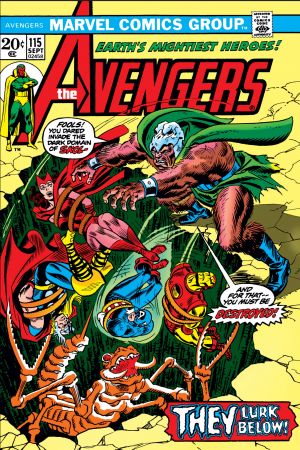 In other words, same ol’ loser Loki! But, we’ve a feeling the mischief’s gonna be back in full-force in this new series…see if we’re not wrong, eh?

Peruse these eye-poppin' publications with Marvel Unlimited right now! Then visit your local comic shop to read LOKI #1 on July 17!