Enter the 'Cult of Carnage' with John Jameson, the Man-Wolf

Supplement this week's 'Web of Venom: Cult of Carnage' #1 with an examination of the two beastly characters!

You could easily argue that John Jameson has lived a more exciting life than most non-full time heroes in the Marvel Universe. After surviving a childhood with none other than J. Jonah Jameson, he earned the rank of colonial while becoming the youngest person ever accepted into NASA.

From there, he worked hard to become an astronaut, briefly gained superhuman strength, turned into Man-Wolf thanks to a mysterious space stone, hung out with giant monsters, further transformed into Stargod, piloted Captain America for the Avengers, and worked as the head of security at the Ravencroft Institute for the Criminally Insane.

It was there that Jameson encountered the murderer known as Cletus Kasady and his erstwhile companion, Carnage. And this week, in WEB OF VENOM: CULT OF CARNAGE #1, the two get tangled up in a brand-new way once again...

Anyway, after their first meeting, the symbiote connected with John and used to to eventually make its way to then-Spider-Man Ben Reilly in AMAZING SPIDER-MAN #410. Then, after getting fired from his previous job, Jameson worked for the Department of Social Services in Queens for a while before getting engaged to She-Hulk and experiencing all kinds of drama with his Man-Wolf and Stargod abilities. He even returned to active military duty to serve in Afghanistan where his Man-Wolf persona returned, but without him remembering any of his actions while in that guise.

In 2015, Jameson found himself once again involved with the sinister symbiote in the pages of CARNAGE by Gerry Conway and Mike Perkins. In that series, Colonel Jameson helped track down his one-time traveling companion alongside a team that included FBI Agent Dixon, Eddie Brock during his stint with symbiote Toxin, and the only survivor of Cletus' first rampage-turned-soldier and security expert, Manny Calderon. 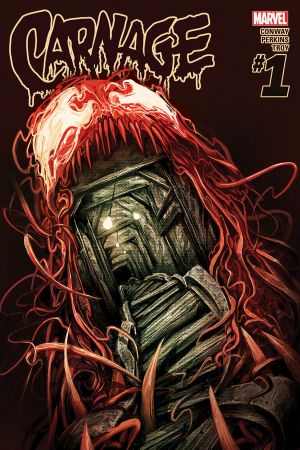 Their plan for trapping Carnage involved using Calderon as bait and luring the killer to the Grey Ridge Mine where Manny worked as head of security. There, they would get Kasady inside a designated area and blast him with vibration guns! Everything went as planned...until the ground gave out underneath Cletus and he fell into the Earth.

The next day, Jameson and a squad of soldiers made their way down into the mines to find their mark. Trapped in an unstable environment with a psychopath, Jameson transformed into Man-Wolf to fight Carnage until the villain ripped the stone out of his chest! Meanwhile, the owner of the mine revealed that he'd made a deal with a cult devoted to the devious Darkhold book. Deep in the mine, Carnage met the members who intended for him to spill blood in the buried temple to bring back the demon Chthon.

After a brief run-in with Carnage, Jameson regained the stone and made his escape with Manny and the other survivors. Back in the control center, he gave Brock enough time to escape while also bombarding the area with sonics in an attempt to bury the Carnage cult below. 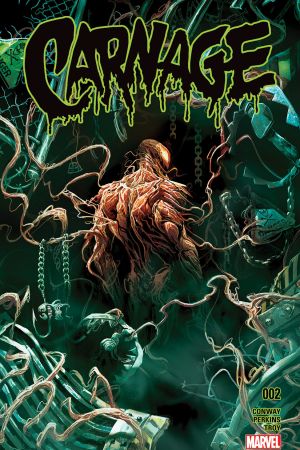 The plan didn't quite work out and Kasady made off with the Darkhold. Jameson and company gave chase, now aided by Victoria Montesi and her group, the Children of Midnight. They followed the killer to Jakarta, out on the ocean and to a seemingly uninhabited island devoted to Chthon. There, Jameson changed into Man-Wolf and ran off into the jungle.

His team managed to find and return him to his human form, but they got to the temple after Carnage already started the profane ritual to bring Chthon to Earth. In his Man-Wolf form, he distracted Carnage long enough for Montesi to get her hands on the Darkhold and give another ally the power to banish the demon back to its own dimension and capture Cletus. Jameson then transported the murderer back to captivity. 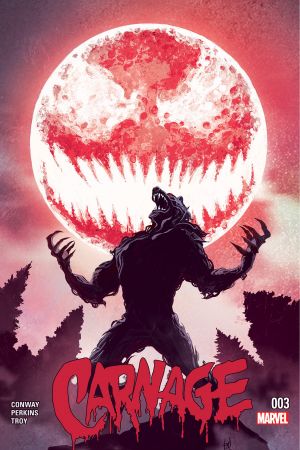 Now, as seen in this week's WEB OF VENOM: CULT OF CARNAGE #1 by Frank Tieri and Danilo S. Beyruth, John Jameson is back on Carnage's trail. The psychopath returned to the scene of one of his greatest crimes, Doverton, Colorado—see CARNAGE, U.S.A. for the details on that one—with some help from Misty Knight. And it certainly looks like he'll need it given the spine-tingling nature of this tale!

Read these stories on Marvel Unlimited, then visit your local comic shop to read WEB OF VENOM: CULT OF CARNAGE #1 now!

Carnage heads to the underworld in a new arc by Ram V. and Rogê Antônio, kicking off in August’s 'Carnage' #6.