Examining the Lineage of the Ant-Man Moniker

Hank Pym, the original Ant-Man, has a lengthy history of behaving badly, yet he’s still venerated as a founding member of the Avengers and formative Marvel hero. Similarly, while his successor, Scott Lang, has done time behind bars, he’s almost universally beloved by compatriots. So why then, does the third man to hold the title of Ant-Man remain so thoroughly...irredeemable?

Eric O’Grady debuted in 2006’s IRREDEEMABLE ANT-MAN #1, from writer Robert Kirkman and artist Phil Hester. A S.H.I.E.L.D. grunt with a sliding moral scale, he pilfered a piece of Ant-Man technology on loan to his employers from Hank Pym and embarked on a less-than-heroic career. Indeed a running theme over the year-long series would be O’Grady’s inner conflict between doing the right thing and serving his own self-interest.

“Everyone always talks about Spider-Man being an everyman kind of hero, but Peter Parker is actually a really extraordinary person—Eric O'Grady is not,” explains Hester. “Eric O'Grady is the part of us that goes out in sweat pants, the part that claims tax deductions even though we don't have the receipts to back them up. He's not an anti-hero at all, he doesn't rise to that level. He's just a guy.

“I think the interesting part of his character development is that events won't let him stay ‘just a guy.’ He begins the series by doing some really lousy things, but crises keep putting him in situations where he can't get away with shirking anymore. He was slowly being molded into, if not a hero, at least a less crappy guy.”

Kirkman and series editor Aubrey Sitterson envisioned Eric as a “lovable lowlife” and brought industry veteran Hester onboard to solidify a unique look to help him stand out from his forebears. “To me, he had to look weirder than the other Ant-Men, more skittering and insect-like, like an actual pest,” the artist opines. “That’s why we saddled him with the buggy goggle eyes and the pendulums antennae. We wanted to make him a bug.” 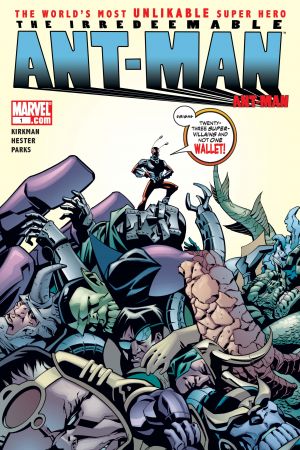 Hester compares the creative team’s approach on IRREDEEMABLE ANT-MAN to “punk rock coming along and blowing up rock in the '70s. Those bands [were] totally subverting rock and roll tropes, but they all obviously still loved what was great about the genre.” While not a towering sales success, the series found a level of success, particularly in critical circles where Eric O’Grady emerged as a fan favorite.

Over the course of 12 issues, Eric encountered the wildness of WORLD WAR HULK and crossed paths with the Mighty Avengers. On a more personal level, he navigated romance and responsibility in the form of carrying on a heroic legacy and even stepping up as a parent. It’s not a surprise that despite a short-lived run as a star, O’Grady proved to have staying power.

“I really like the WORLD WAR HULK tie-in,” says Hester of his favorite memories from the assignment, highlighting issue #10. “For one thing, I got to draw the Hulk, which is always a win, but we were also asked to work Old Spice into the background of the book as much as possible—we decided to work Old Spice in on every page of the book. We went too far. 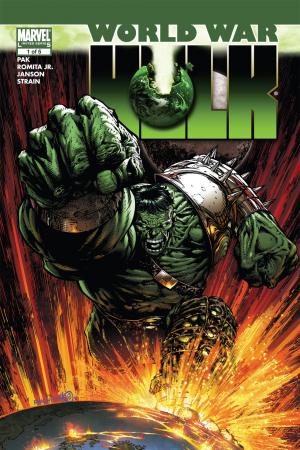 “Also, it's the gig that made me get reading glasses. Robert sort of knew a book like this would not last, so he wanted to get twice the story into the book. His plan was to structure the book on a 16 panel grid. That didn't mean we always used 16 panels, but it was structured to that the ‘normal’ page would be four tiers of four panels each. So, even the less crowded pages in [IRREDEEMABLE ANT-MAN] are still usually eight or nine panels. That means lots of small drawings. Bending over the board drawing tiny little figures finally helped me to realize I wasn't seeing things up close quite as well as I used to, hence readers!”

In the decade-plus since IRREDEEMABLE ANT-MAN took a bow, its lead has gone on to stints as a featured player in titles like AVENGERS: THE INITIATIVE (2007) and THUNDERBOLTS (2006), plus a long-awaited team-up with Hank Pym for ANT-MAN & THE WASP (2010). Even death proved no obstacle for O’Grady, as a seeming demise during his SECRET AVENGERS (2010) stint proved a ruse and paved the way for an identity shift. Reinvented as the even more malevolent Black Ant, Eric has most recently formed a winning combination alongside fellow fence-straddler Taskmaster, appearing in SECRET EMPIRE and AMAZING SPIDER-MAN (2018).

“It's always wild to see characters you've co-created have a life of their own after you've moved on,” reflects Hester. “It's proof that you created something that made enough of an impact that other creators wanted to join in on the fun. The whole thing makes it feel more real, you know? I'm a fan first, so to see one of my characters hang around in the Marvel Universe for over a decade now helps me feel like I left a mark. I made a ‘loser’ for another generation to love!"

Learn more about Ant-Man and Stinger, AKA the size-shifting, father-daughter duo!

Big, and small, things are happening in theaters February 17, 2023.