Hulk and the Defenders invaded Atlantis in DEFENDERS #11 to restore their comrade Namor to the throne, and in DEFENDERS #12 warded off an attack by strange stone creatures. When the jade giant returned to the side of his non-team partners in THE ORDER #1, he joined them in a reign of terror against cities across the globe.

The other Defenders discovered the core personalities of Hulk, Doctor Strange, Namor, and The Silver Surfer to be missing in THE ORDER #2, and when they failed to defeat their comrades, the Avengers swept in to engage the now-evil group. As Earth’s Mightiest Heroes fought valiantly against the Hulk and his partners in THE ORDER #3, the Defenders rallied to gather Namorita, Clea, and She-Hulk to aid them against their male counterparts.

Stabbed with a mystic blade in THE ORDER #4, Silver Surfer unwittingly created his own female counterpart, Ardina. Later, Hulk helped send the Defenders into exile to the planet Yann in THE ORDER #5, where the heroes learned of a way to break Yandroth’s curse on their comrades. As Earth’s heroes continued their struggle, the Defenders restored the Hulk’s true self as well as his friends’ personalities in THE ORDER #6 and broke Yandroth’s hold on them. 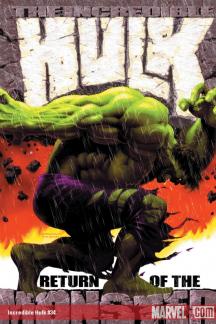