Revisit the event that paved the way for the Dawn of X!

For the sake of Irving Forbush, o frantic ones, did you know you can read all of AVENGERS VS. X-MEN for FREE on Marvel Unlimited right now? Hop to it, Happy!

For decades, the X-Men and the Avengers have been the preeminent Super Hero teams of the Marvel Universe. When push came to shove, the mutants and Earth’s mightiest heroes usually joined forces for the greater good. Naturally, there were exceptions, like the excellent X-MEN VS. AVENGERS (1987) miniseries. But by and large, there was peace between the two groups.

In 2012, that changed in the 12-part event, AVENGERS VS. X-MEN. For the first time, the X-Men and the Avengers truly went to war.

Unlike previous occasions, the Avengers had a virtual army of Super Heroes, including Spider-Man, Wolverine, the Thing, Luke Cage, Beast, and Iron Fist, as well as mainstays like Captain America, Thor, Iron Man, and Vision. But the X-Men were backed by the mutant nation of Utopia, with Magneto, Namor, Emma Frost, Magik, and more following Cyclops into battle.

For perspective, this was a dark time for mutants. After HOUSE OF M (2005), Scarlet Witch had seemingly wiped out the mutant race. Approximately 200 mutants retained their abilities, while the rest were depowered, and Utopia was formed more out of desperation than aspiration. That’s why it’s easy to understand why Cyclops felt backed into a corner at the beginning of this story. Mutants needed hope and salvation...and they received it, at a very high cost.

AVENGERS VS. X-MEN featured the artistic talents of industry legends John Romita, Jr. and Adam Kubert, as well as rising star (of the moment) Olivier Coipel. The powerhouse lineup of Brian Michael Bendis, Jason Aaron, Ed Brubaker, Jonathan Hickman, and Matt Fraction collaborated on the story. Each writer also took turns scripting the individual issues of the series. Surprisingly, Hickman’s participation may offer a direct link to the Dawn of X currently unfolding within the X-Men titles. In retrospect, this story set the stage for the mutants’ decade of hardship and paved the way for Krakoa.

In AVENGERS VS. X-MEN #0, Scarlet Witch returned to action for the first time since AVENGERS: THE CHILDREN’S CRUSADE (2010). Wanda Maximoff’s powers and sanity were restored, but she received a very cold welcome home from the Vision when she visited the Avengers. Meanwhile on Utopia, the young mutant messiah, Hope Summers, channeled the Phoenix Force and sensed its impending return.

The X-Men could have surely used the Avengers’ help during THE DARK PHOENIX SAGA. But given the way things played out in AVENGERS VS. X-MEN #1, it’s probably for the best that didn’t happen. While Cyclops viewed the Phoenix’s arrival as a chance to save his species, Captain America and Iron Man treated it like an extinction-level event. The Avengers showed up on Utopia’s doorstep and essentially demanded that Hope be turned over to their custody. In response, the X-Men mobilized for war.

In the second issue, the battle between the two teams quickly became an epic tussle. Wolverine was also branded a traitor by the mutants for standing with the Avengers. He also made it his mission to kill Hope before she could follow in Jean Grey’s footsteps. Following Hope’s escape, the X-Men surrendered in issue #3. But that was simply a ruse so that they could end the fight and slip away while the Avengers had their guard down. From there, it was a race around the globe to find Hope first.

For all of Wolverine’s bluster, he couldn’t go through with killing Hope. Instead, they made an alliance in issue #4 and traveled to the moon ahead of the Phoenix’s arrival. But the X-Men and the Avengers soon followed, and another battle ensued. The Avengers had the upper hand in issue #5, but Tony Stark’s genius took things in an unexpected direction. Stark successfully deflected the Phoenix, so it took five hosts instead of one: Cyclops, Emma Frost, Magik, Colossus, and Namor. Thus, the Phoenix Five were born. 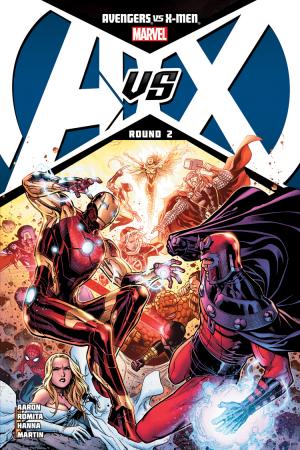 What happened when the mutant heroes gained ultimate power? This is the biggest divergence from their actions in the Dawn of X. While Krakoa is only for mutants, Cyclops and company tried to bring Utopia to the entire world in AVENGERS VS. X-MEN #6. In just ten days, Magik and Colossus made inroads by bringing crops to barren lands, while Namor solved a global water distribution problem, and Emma Frost tackled free energy for all. Cyclops even declared a “Pax Utopia” and outlawed war. They were so successful that Beast resigned from the Avengers in disgust because they were still planning to take down the Phoenix Five.

But the Phoenix Five also left Hope feeling disconnected from her fellow mutants. When the Avengers staged a raid on Utopia, she elected to go with them. That reignited the conflict with the Avengers, who were suddenly the underdogs in this battle. Only the Scarlet Witch’s intervention kept them in the fight.

Issues #7 and #8 set up the enmity between Namor and Black Panther that unfolded in Hickman’s NEW AVENGERS (2013). That happened because the Phoenix-possessed Namor attacked the Avengers’ sanctuary in Wakanda and devastated the nation. These issues also marked a rare public relations win for the X-Men. Cyclops acknowledged that their efforts to change the world had made them “beloved,” while the Avengers were now mistrusted. 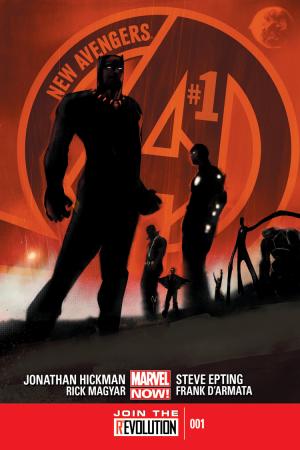 However, the Phoenix Five’s actions began to increasingly alarm the X-Men. The assault on Wakanda led to the end of Storm’s marriage to Black Panther in issue #9. But she still sided with the Avengers after Wakanda was in ruins. Namor, Magik, and Colossus also lost their connection with the Phoenix Force. But the increased powers of the Phoenix made Cyclops and Emma Frost even more erratic.

Those problems came to a head in issue #10, when Emma literally made mutants bow to her in reverence and worship. Even Magneto was taken aback by Emma’s actions. This is what seems to be missing in the X-Men’s current journey; no one is seriously questioning Krakoa’s mutant supremacy agenda. Their usual voices of dissent are in alignment...for now.

Rogue sought out the Avengers’ aid in issue #11, which may have foreshadowed her large role in UNCANNY AVENGERS (2012) as a member of the Unity Squad. But she wasn’t alone, as several X-Men defected to the Avengers, only to discover that Professor Charles Xavier was already aiding Captain America’s team. This issue was also notable for bringing Hulk back into the Avengers’ fold, while Magneto stood by Xavier and the combined X-Men and Avengers for the final battle. But tragedy struck when Cyclops struck down Xavier and killed his mentor. Cyclops went on to steal Emma’s powers and evolved into the Dark Phoenix. 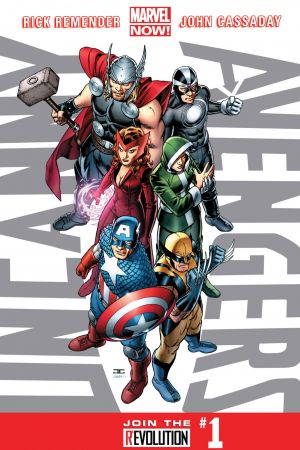 Scarlet Witch and Hope were the MVPs of issue #12, as they led the heroes to victory and used the Phoenix Force to undo Wanda’s mistake and restore the potential for mutants to remerge. It’s taken several years for mutants to regain everything they lost in HOUSE OF M. The Dawn of X has also restored many mutants to their former glory. Cyclops was also imprisoned by the end of this story, but his experiences radicalized him. That may have also played a role in shaping Cyclops into the man he is today.

Xavier eventually returned to life in ASTONISHING X-MEN (2017), within the body of Fantomex. But he'd also been greatly changed by his experience in AVENGERS VS. X-MEN. The man who dreamed of a peaceful co-existence between mutants and humanity gave way to the enigmatic leader who brought friends, teammates, and even deadly adversaries together under Krakoa’s banner. And this time, humanity is specifically excluded from this island nation. The X-Men aren’t trying to make the world a utopia anymore. It’s a very mutant-first agenda, which has been disconcerting at times.

But the X-Men learned a hard lesson in AVENGERS VS. X-MEN. When they offered the world a chance to be something greater, it was ultimately undone by suspicion and their own hubris for attempting to bend the Phoenix to their will.

The future of Krakoa has yet to be told, but with a mutant superpower rising once again, conflict has been ever-present on their doorstep. And it won't stop knocking any time soon.

Read all of AVENGERS VS. X-MEN on Marvel Unlimited for FREE right now!

In this article: Avengers, X-Men