Spoiler alert! Get an insightful look at the impacts of today's new issue...

WARNING! THIS ARTICLE CONTAINS SPOILERS FOR TODAY'S HOUSE OF X #3, SO READ ON AT YOUR OWN RISK, TRUE BELIEVERS!

“We were always at war.” That was the revelation Cyclops came to at the end of the most recent UNCANNY X-MEN run. And Jonathan Hickman has pushed that theme forward in both HOUSE OF X and POWERS OF X.

This week, Hickman and artist Pepe Larraz's HOUSE OF X #3 sheds some light on how the war between humanity and mutants has shaped two former X-Men.

When the doomed Karima Shapandar was introduced to Neal Shaara (AKA Thunderbird) in X-MEN UNLIMITED (1993) #27, few could have predicted that Karima would go on to have a greater impact on the team than Neal. In her debut story, Karima was a police officer in India who formed a romantic bond with Neal as they searched for his missing brother, Sanjit. Unfortunately, both Sanjit and Karima were transformed by Bastion into Prime Sentinels. Essentially, they were human sleeper agents who weren’t aware of their true nature—until activated. 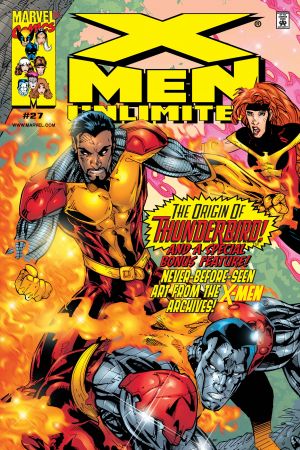 Karima resisted her programming long enough to let Neal get away. And eventually, Karima was rescued by Rogue’s X-Men team and invited to join them. That stint, however, ended badly for Karima, as she was possessed by the Marauder known as Malice. When Karima eventually reunited with the team, her Sentinel programing overtook her freewill in X-MEN: LEGACY (2008) #242-243. Those issues revealed that Karima is powered by a Nimrod Series CPU Core. Bastion himself was a fusion between Nimrod and Master Mold who was reborn in a more human body. Karima’s connection to Nimrod may explain why she’s present on the Mother Mold space station at the potential time of Nimrod’s creation...

The tragedy here is that Karima’s humanity was largely restored in X-MEN (2013) #3. She had her life back, and she was clearly a mutant ally and a friend of the team. But the apparent return of Karima’s Omega Sentinel technology appears to have severed her emotional ties with the X-Men; she barely reacted at all when Nightcrawler encountered her in today's ish. 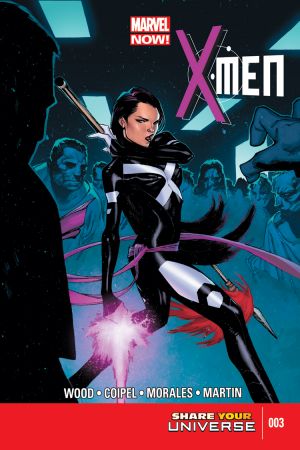 Another key part of the issue focuses on Sabretooth. For years, Victor Creed was among the X-Men’s deadliest villains. But in the aftermath of AXIS, Creed was Inverted into a new man. He was remorseful about his past actions and tried to atone for his sins. Creed even joined Magneto’s radicalized team of X-Men and briefly served with the Avengers Unity Squad. When Jean Grey returned in PHOENIX RESURRECTION (2017), Creed was among the assembled X-Men sent to find her—demonstrating that he'd been accepted, to a certain extent, by his former enemies.

Within the pages of WEAPON X (2017), Creed’s harder edges began to reemerge... His Inversion was ultimately undone, and the Sabretooth of old re-emerged. HOUSE OF X #3 shows us a Sabretooth devoid of mercy, compassion, or remorse. He’s an unrepentant monster. The only difference is that the X-Men are apparently more willing to use him as their monster. 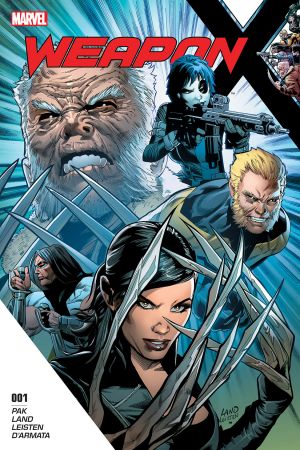 The line between the Brotherhood and the X-Men has virtually disappeared, as Mystique’s inclusion also shows. Sabretooth was put on trial for crimes and murders he committed while on a mission for Professor Xavier. But if the White Queen’s prediction comes to pass, all mutants living on Krakoa may soon get diplomatic immunity from the United States government. That includes Sabretooth.

Another intriguing detail is that Krakoa, or at least an outpost of Krakoa, is stationed on the moon. That’s an ingenious way to hide the new mutant nation from its enemies. It’s also worth noting that the Inhumans spent many years living on the moon. For a time, Inhumans seemed likely to supersede mutants as an offshoot of humanity. Now, mutants are ascendant once again and apparently taking over some territory that once belonged to their genetic rivals.

Hickman and Larraz also ended the issue with an old fashioned X-Men cliffhanger. We fully expect the team to survive, but getting home from the space station could prove to be very difficult in HOUSE OF X #4.

Read HOUSE OF X #3 in full at your local comic shop now! And visit Marvel.com/X for more about the new era of mutantkind!

In this article: X-Men, House of X