The History of the Inhumans

Dig into the history of the Inhumans.

Bred by an alien race to be a warrior caste and possessing alien DNA, the Inhumans exist as humans possessed of incredible and otherworldly powers when exposed to the substance known as Terrigen. Living secretly, for the most part, among their fellow man, the Inhumans forge their own destiny as a separate society.

Even when they’re not actively getting involved in major situations, the Inhumans seem to find themselves smack-dab in the middle of conflict! In this case, we’re talking about a major problem with the mutant community that actually started in THE DEATH OF X by Jeff Lemire, Charles Soule and Aaron Kuder.

Set in the eight month gap between the end of SECRET WARS and the ALL NEW, ALL DIFFERENT launch, Cyclops and his band of militant mutants discovered the Terrigen Mist that had been floating around the world proved fatal to mutants, including Jamie Madrox who died on Genosha when the cloud passed over. 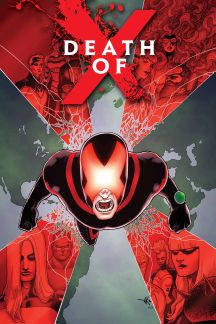 Enraged at the prospect of more mutant deaths, Cyclops and Emma Frost alerted the world to the danger posed by the mists and then set out to destroy both of them. It worked with one of them, but a major confrontation took place that lead to the death of Cyclops at the mouth of Black Bolt. 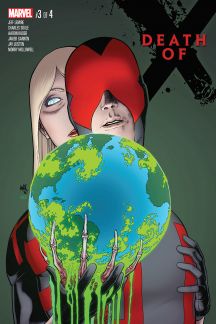 Well, sort of. As we learned, Cyclops actually died from exposure to the mist on Genosha and Frost used his image and her powers to make it seem like he still fought the good fight, even though he actually died very early in the series. Unfortunately, driven a bit mad by her lover’s death, Frost decided that Black Bolt actually killed Scott and demanded revenge.

All of this fed right into INHUMANS VS. X-MEN, which saw the mutants and Inhumans at peace while Hank McCoy worked on a solution to the problem with Iso by his side. As it happened, though, Beast soon realized that the cloud would burst, sending the contents all over the planet which would make it uninhabitable by most mutants. 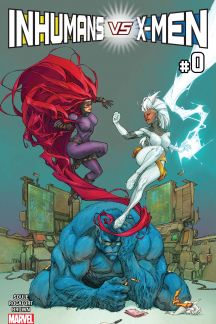 While McCoy had been working on a scientific solution, Emma had been working on a more tactical one with the likes of Magneto, his team of X-Men, Storm, Dazzler, alternate reality Jean Grey and Fantomex to take out primary Inhuman targets like Black Bolt, Karnak, Lockjaw and the rest. However, they didn’t know much about the NuHumans who not only beat Old Man Logan but also destroyed Forge’s invention for saving the day. 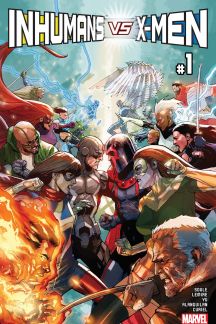 Meanwhile, the captive Inhumans in Limbo worked together to free themselves and then move on to the school. Meanwhile, Inhuman Mosaic infiltrated the X-Men’s earthly stronghold and took over Magneto’s body. Once inside, he also got a look at all of the X-Men’s plans up to that point, including where they kept Black Bolt captive before being cast out. 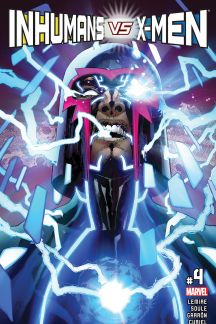 With attacks on all sides, a major standoff took place in Limbo as Havok stood next to the chamber holding Black Bolt right in front of Medusa. Cylcops’ brother initially threatened to kill the former Inhuman king, but soon stepped aside, acknowledging that this really boiled down to a plan between Emma and Scott.

Between that and Karnak’s own escape alongside Lockjaw, the Inhumans found themselves back in the fight. However, when finally appraised of the situation regarding the cloud’s impending destruction and the adverse effects on mutants, Medusa used the Terrigen Eater to kill the cloud.

However, still driven mad by the loss of Cyclops, Emma Frost brought out a batch of Inhuman-hunting Sentinels with Magneto still backing her play, but only because of Frost’s mind manipulations. Once he realized all this, he switched sides and essentially fought alongside Medusa and Black Bolt to take Frost down.

Ultimately, they succeeded in destroying the cloud, but the relations between mutant and Inhuman may never be repaired!

The Inhumans saw themselves facing a new world order after the events of IVX. INHUMANS PRIME set the stage for the franchise moving forward, launching into books like ROYALS, BLACK BOLT and SECRET WARRIORS. The first would find most of the Royal Family taking off into space to discover their heritage while the second found their leader somewhat unfairly imprisoned and the final featured a group fighting against Hydra-Cap’s Secret Empire!