A look back at one of the most seminal X-Men comics ever created.

This summer, Jonathan Hickman is sending the X-Men into a new epoch with HOUSE OF X and POWERS OF X. As we build towards the next big X-Event, some of Marvel’s top creators are taking a fond look back at other important moments from the franchise. Current UNCANNY X-MEN scribe Matthew Rosenberg has chosen 1991’s X-MEN #1 by Chris Claremont and artist Jim Lee. You may have heard of it, because it’s the all-time best-selling issue of American comics. It sold somewhere around 8.2 million copies, if you want to be more precise. 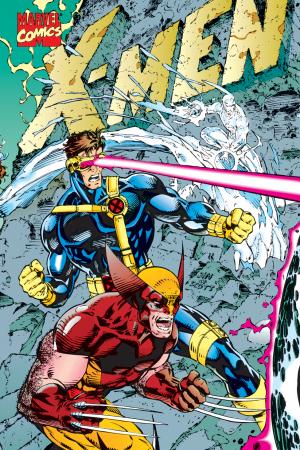 The thing to remember about 1991 is that relaunching the X-Men had never been done before. Even when the All-New, All-Different X-Men arrived, they still took over the primary series with 1975’s UNCANNY X-MEN #94. But in the summer of ‘91, Marvel had the ambitious plans to start a second X-MEN ongoing monthly series. Lee was coming off a white-hot run on UNCANNY X-MEN that turned him into a superstar. As for Claremont, he had been the guiding force behind the franchise for 15 years. The first three issues unexpectedly served as Claremont’s swansong for his initial X-Men run. But he was far from finished with the franchise.

One of the key reasons X-MEN #1 remains such an important issue in the mythos is that it redefined and reignited the conflict between Professor X and Magneto. From UNCANNY X-MEN #150 and onward, Claremont had put Magneto on a redemptive path. He was so sincere that Charles Xavier fully accepted Magneto as an ally and they restored their friendship. When Xavier was deathly ill and transported away from Earth in UNCANNY X-MEN #200, Magneto agreed to become the team’s new leader and mentor.

Of course it couldn’t last. But for a time, the X-Men and Magneto were truly on the same page. However, Magneto simply wasn’t Xavier no matter how much he wanted to be. He had a few moral lapses here and there, but he genuinely tried to live up to Xavier’s faith him. By X-MEN #1, Magneto was all done trying to be someone he wasn’t.

Yet Magneto couldn’t simply go back to being a cackling villain or the leader of the Brotherhood of Evil Mutants. Claremont had put so much humanity in Magneto that he became a three-dimensional character. That’s what made his new battles with Xavier so interesting, because on some level, Magneto was right. Humanity was never going to fully accept mutants, and mutants needed someone to protect them from the worst of humanity.

Magneto did fall back on his old tricks by building Avalon, a new orbiting satellite, which made the nations of Earth very wary about his intentions. However, Magneto initially had no desire to take part in Earthly conflicts. It was only when Magneto encountered mutant refugees and fugitives who revered him as a holy figure that he realized he couldn’t abandon his people. His new followers became the Acolytes, a more complex version of the Brotherhood.

Within this issue, many of Magneto’s personal ties with the X-Men were broken. Cyclops and Wolverine were all too ready to believe the worst in him. Only Rogue gave Magneto the benefit of the doubt after they became so close in the Savage Land in UNCANNY X-MEN #269-275.

More importantly, X-MEN #1 established Magneto as an adversary who could no longer be dismissed as a megalomaniac. He was also more than enough to handle the X-Men’s Blue team all by himself. His renewed war with the X-Men eventually led to Wolverine’s near demise in FATAL ATTRACTIONS, which in turn laid the groundwork for the AGE OF APOCALYPSE and ONSLAUGHT epics.

Almost everything that came after X-MEN #1 can be traced back to this story. That’s why it’s still an important milestone regardless of how many copies it sold.

Stay tuned to Marvel.com for more information about the upcoming HOUSE OF X/POWERS OF X events and more!