Piecing Together 5 Decades of Mutant History with 'X-Men: Grand Design'

With the launch of 'X-Men: Grand Design - X-Tinction' #1, we look back on Ed Piskor's masterwork so far.

Deciphering the X-Men's long and storied history is no small feat.

The group debuted way back in 1963 and, with the exception of a brief time from X-MEN #67-93 (which featured reprints), have been going strong with a mix of personal drama and incredible battles month in and month out for over 56 years. Add to that the nearly innumerable spinoffs, one-shots, guest appearances, flashbacks, retcons, and other appearances, and the band of merry mutants has one of the more intricate narratives around.

He combined his love of X-Men, research, and telling wonderful stories to develop this trio of two-issue limited series that walk readers through the X-Men starting at the beginning and chronicle their adventure through the 1990s. The first two-issue series launched last year, followed by the second, and now the first issue of the third is in stores!

The initial entry in GRAND DESIGN is a fascinating look at the early days of the Marvel Universe with a lynchpin plot point referring all the way back to the time Namor flooded Manhattan in 1941's HUMAN TORCH COMICS #5! 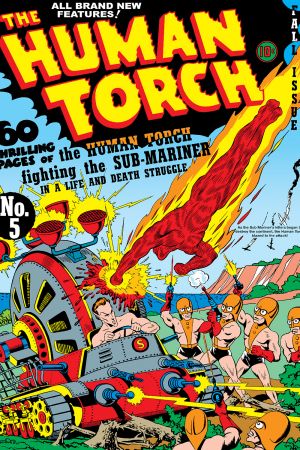 From there, Piskor not only took into account events conveyed in the first year's worth of X-MEN issues, but also flashbacks presented further down the line. Readers get early glimpses at Charles Xavier and Magneto as well as the heroes soon to be known as Cyclops, Marvel Girl, Beast, Iceman, and Angel.

Both a deep dive chronicle of the X-Men and an easy-to-read tale, that first issue of GRAND DESIGN only presents the original X-Men altogether in one of the last pages because it so carefully builds up the mythos of the group, including the impending arrival of the Phoenix Force, which doesn't actually occur until the second volume. 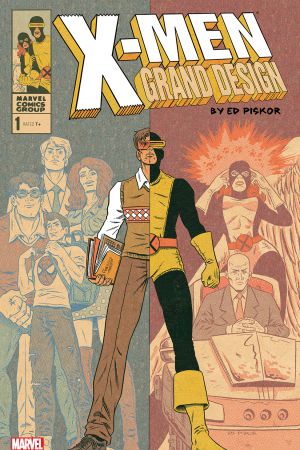 The second issue of the first series then digs into the team's successes and failures leading up to the game-changing GIANT SIZE X-MEN #1, which launched in 1975.

With SECOND GENESIS, the first issue spans the debut of the second squad of X-Men and their mission on Krakoa all the way through to Jean's fatal trial at the hands of the Shi'Ar. And, again, that's just the first issue! The second covers everything from more trips to space and the introduction of the Morlocks to the continued expansion of the line-up with more fan-favs! 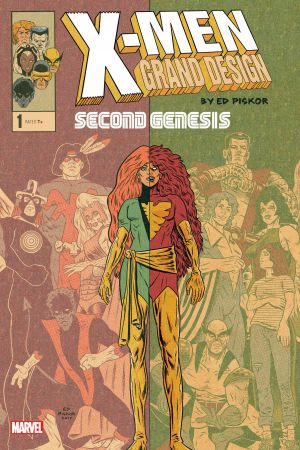 Now that X-TINCTION has launched, readers can look forward to Piskor's interpretation of MUTANT MASSACRE, mohawk Storm, their time in Australia, INFERNO, and on into the '90s! History has never been this exciting!

Make your mutant voice heard! Fans can now vote in the third annual X-Men election at marvel.com/xmenvote until February 3.

The Foundation of Krakoa Begins to Crack in Upcoming 'X-Men: Before The Fall' Comics

Learn about four can’t-miss one-shots that will usher in the X-Men’s next status quo: 'Fall of X'!