The client, Lana Baumgartner, has admitted to this writer that she is one-half of a mother-daughter crime team known as the Bombshells. At some point, recently, the client had a change of heart and stopped using her powers for a period of time. Eventually, she did don her costume again, but has been doing so to be a costumed crime-fighter alongside the younger Spider-Man and a self-identified mutant known as Goldballs. Unfortunately, her mother took no such hiatus hiatus, nor has she decided to utilize her powers for good. The client is not sure what identity her mom is currently committing crimes under, just that she is.

Understandably, this is causing significant cognitive dissonance for the client as she struggles to make sense of her old life of crime, her new life of crime fighting, and how to reconcile these choices with a parent who guided her into crime and continues to commit illegal acts.

While working with Baumgartner, we began our relationship by discussing confidentiality and where the lines were. I outlined my approach to working with minors and the “rules” I discussed with her mother and her mother’s agreement to them, meaning that the client is largely protected, but not fully as her mother does have rights to request certain information given her role as custodial parent. We also discussed the client’s ability to discuss criminal acts. Here, I stressed that I could not report her for already committed acts and unless the future crimes being discussed had a specific intent of causing fatal harm to a specific individual and a plan to do so, I would be under no obligation to report them either and, in fact, if I did, I would be violating our therapist-client relationship. The client appeared largely satisfied by these answers. 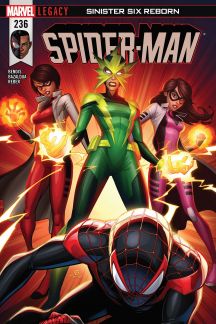 Most of our work since has been based on exploring and discerning her own morality. After years of largely just following her mother’s directives and assuming that if her mother is telling her to do it, there is nothing too wrong about it. This writer normalized that for her, stressing that while most people her age are not urged to commit criminal acts by their parents, they do tend to follow what their parents tell them and assume those directions are morally appropriate. Then, in their teens—again, like her—youth begin to push against their parents’ rules and start to assemble their own set of values, what they believe, and what qualifies to them as “right” and “wrong.”

We have recently spent significant time discussing the morality of protecting her mother versus turning her in, as well as the fallout of either choice on emotional and practical levels. My role as the client’s therapist has been helping to see the choices and to extend out how those choices may impact her but I have resisted giving advice or offering edicts. In the case of Baumgartner in particular, it is important for her to reach her own choices because, up until now, she has so often been denied control over her own choices and morality. To continue that will not improve her emotional life and will interfere in her maturation process. It is important I act as a facilitator, not as an arbiter.

Unfortunately, the trajectory of our sessions was greatly interrupted by a late session admittance by the client this week. She confessed to me that she has reconciled “on a professional level” with her mom and has returned to crime. Keeping with the spirit of radical honesty we have established in our sessions, I confirmed that I was disappointed to hear that and very worried for her but that I did not feel anger or hate towards her and had no intentions of abandoning her during this difficult time.

Given this turn of events, we agreed that it is a good idea for her to start attending the support group for children of super villains that meet monthly and is conducted by Doctors Brian Michael Bendis and Oscar Bazaldua. The next meeting is set for January 3, 2018 and summary notes will be found in file SPIDER-MAN #236.

Psy D. Candidate Tim Stevens is a Staff Therapist whose dad works in insurance and never once asked him along for some kind of heist.