See the Hulk go up against some of Marvel's heaviest hitters!

The term “super human” doesn’t really apply to the Hulk. When the gamma guy gets going, he becomes more of the “force of nature” type, laying waste to whatever or whoever gets in his way. Sure, he usually directs his incredible collateral damage causing abilities towards super villains like the Leader or A.I.M., but even super heroes find themselves left in the Hulk’s wake from time to time.

The Hulk proclaims himself the “strongest there is” despite there being plenty of other colorful characters in the Marvel U claiming the same thing. To put the green goliath’s bravado to the test, here are five of the Hulk’s biggest brawls with some of Marvel’s heaviest hitters. 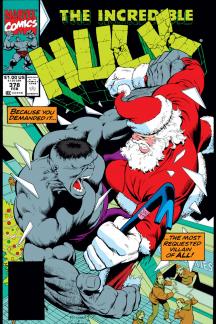 No, Hulk’s not really pounding on Kris Kringle. That’s actually the Rhino, down on his luck and trying to scare up a few kindly donations to get through his holiday humdrums. But when the Rhino’s temper started to flare because of some real naughty-list-material kids, the Hulk had to intervene. The two stopped decking each other’s halls long enough to notice a tearful kid watching the Hulk pummel Santa Claus. The two then called off the fight, performing a real holiday miracle.
WINNER: DRAW 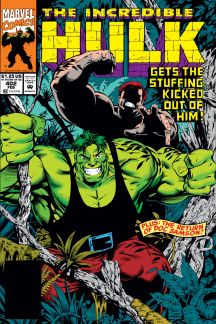 Clad in a t-shirt and jeans, the unstoppable Juggernaut launched a sneak attack on the Hulk. Not recognizing his attacker, a befuddled Banner struggled to gain the upper hand. The two punched their way through trees, a waterfall, and quicksand before the Juggernaut finally snared the Hulk in a sleeper hold. Don’t fret, Hulk-heads, for their next fight in INCREDIBLE HULK #457 would end very differently.
WINNER (THIS TIME): JUGGERNAUT 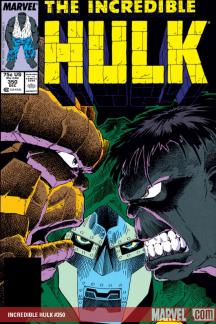 After ripping a Hulk-bot to shreds, a newly mutated Ben Grimm fought the newly gray-skinned Hulk. The two behemoths fought all through Central Park, uprooting dozens of trees and ruining even more peaceful strolls. The Thing could barely lay a hand on the whipsmart Hulk, who dodged every assault with previously unseen cunning. After nearly drowning the Thing, the Hulk put the finishing touch – and by “touch” we mean “punch” – on the blue-eyed hero.
WINNER: HULK 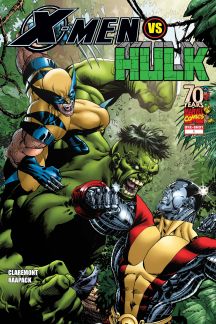 While Colossus tends to be the strongest member on any X-Men roster, the Hulk’s a bit out of his league. Colossus knew this before he threw his first steel-coated punch, but still entered into a fight with the Hulk anyway. He got in a few good blows, but none of them phased the Hulk. Were it not for another conveniently placed patch of quicksand, the Hulk would have crushed the Russian mutant like a tin can; instead, the diversion allowed Banner to calm down, restoring his humanity.
WINNER: DRAW 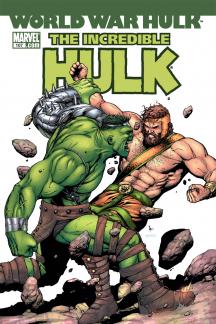 If anyone could stop a gamma-irradiated rage monster, we’d bet it would be an actual god like Hercules. But since that rage monster had just returned from exile on an inhospitable war planet and just so happened to have a thirst for vengeance, Hercules met his match. Even though the Hulk won the fight and his punches left Hercules bruised and on the floor, Hercules would have the last laugh in a few months when INCREDIBLE HULK changed its name to INCREDIBLE HERCULES.
WINNER: HULK

Meet the big green guy now for a limited time!

The Incredible Hulk Smashes His Way Into Avengers Campus

Meet The Incredible Hulk in his Quantum Suit for a limited time!

The Making and Evolution of She-Hulk

We spoke to Jennifer Bush-Kraft, wife of ‘She-Hulk’ writer David Anthony Kraft, about the Jennifer Walters we see in the Marvel Universe today.