See what the second Ultimate Spider-Man's been up to since hopping over to Earth 616.

When the Ultimate Universe version of Peter Parker seemingly passed away, another young man took his place. The half-Hispanic, half-African American teen named Miles Morales continues to use his powers for good to this day. In fact, after Secret Wars shook up all of reality, he’s now doing exactly that on Earth 616.

That new series kicked off by none other than Brian Michael Bendis and Sara Pichelli and began with the high school student fighting the demon Blackheart over his fallen Avengers comrades. 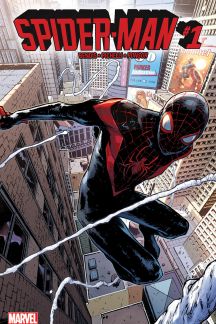 And yet, that seemed like the least terrifying thing the Brooklyn Visions Academy student faced in the first six issues of SPIDER-MAN. First, his mom – worried because his grades slipped a bit – called in his incredibly strict grandmother to watch over him.

The matriarch might have taken his phone away from him, but that didn’t even compare to his best friend, confidante and roommate Ganke revealing to new student Fabio Medina (otherwise known as the mutant Goldballs) Miles’ secret identity as Spider-Man!

Even worse? Black Cat and Hammerhead teamed up to take on this new Spider-Man they found in their midst. Though they got the drop on him, Miles used his venom sting on an epic level to incapacitate most of them and escape. 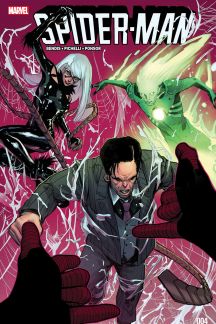 Since then, Miles has become and even more important figure in the Marvel Universe after Ulysses saw him standing over the body of Captain America in the pages of CIVIL WAR II. Though the event in question has not yet come to fruition, it’s still rumbling around in everyone’s heads thanks to Steve Rogers’ reveal as the head of Hydra in the pages of SECRET EMPIRE. In fact, he’s so convinced that he’ll commit this crime, he’s committed himself to working with Black Widow to take out the Hydra head!

In addition to Web-Slinging his way through his own solo title, Miles has become quite the team player since hopping over to the 616. He started in ALL-NEW, ALL-DIFFERENT AVENGERS before moving over to CHAMPIONS with a number of other younger, disillusioned heroes. That same group has decided to back Black Widow in her aforementioned mission to completely remove Captain America from the chessboard of life in the pages of SECRET EMPIRE.

Up next we close up SPIDER-MAN HOMECOMING by taking the most recent look back at the Web-Slinger’s early days in the pages of SPIDEY.