Look back at Kurt Wagner's past before 'Giant-Size X-Men: Nightcrawler' #1!

In one month, three legends will come together to figure out what's up with the Greymalkin Habitat, as X-architect Jonathan Hickman teams up with legendary X-artist Alan Davis for GIANT-SIZE X-MEN: NIGHTCRAWLER #1!

Known as much for his sulfuric teleportation abilities as his cheerful, swashbuckling demeanor as well as his faith in the X-Men and a higher power, Nightcrawler has been a stalwart member of the team since he made his debut back in 1975!

Since then, he's gone on his fair share of epic adventures, some of which we'll recount now! BAMF!

That epic entrance took place in the landmark GIANT-SIZE X-MEN (1975) #1! In that issue, Professor X needed to recruit a new batch of mutants to save his original students from a living island called Krakoa. Charles finally met up to Kurt in Winzeldorf, Germany where an angry mob wanted to kill him for looking different. The townspeople were about to drive a stake through his heart when Professor X showed up and used his mental powers to dissuade them!

Later in that issue, he worked with his fellow newbies (as well as Cyclops) to save the others, thus beginning his legendary tenure with the team that put him in the mix for so many classic tales ranging from "Days of Future Past" to "The Dark Phoenix Saga" and beyond.

In 1985, Nightcrawler showed his mettle as a real life swashbuckler when he got transported to other dimensions in his first self-titled limited series. Faced with threats ranging from animal-themed pirates to shark-headed sorcerers, Nightcrawler still managed to keep his positive demeanor throughout the inter-dimensional ordeal, which also included versions of his teammates from a story Shadowcat told Magik in the classic UNCANNY X-MEN (1963) #153. 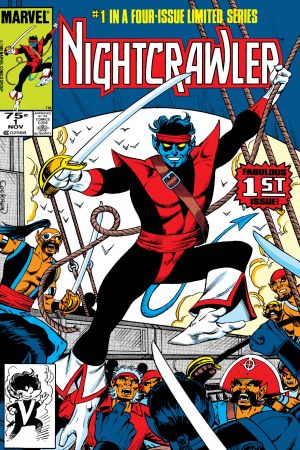 That Time He Became A God

On one of his days off from playing hero, Nightcrawler found himself in a terrible storm that brought down his plane (in the pages of 1990's EXCALIBUR #31). He soon washed up on an inhabited island that planned to sacrifice a local woman to some sort of god. Kurt refused to stand for this, saved the woman, then came to realize that the supposed god was born from the spores of Krakoa! 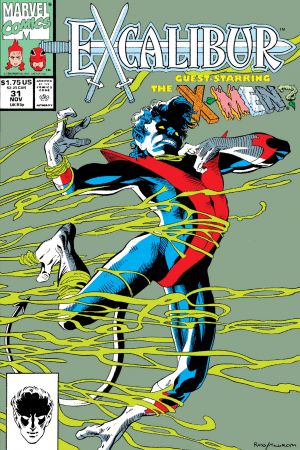 Calling himself the Son of Krakoa, the being sent strange copies of the X-Men after Kurt, but he bested them before doing the same to the so-called Vega-Superior. Having done this very publicly, Nightcrawler was considered the new god of the native people, who re-dubbed the place Wagner Isle.

Kurt scored his longest running series with the launch of NIGHTCRAWLER in 2004. The 12-issue run featured the teleporter dealing with everything from hospital demons and subway ghosts to a new girlfriend named Christine Palmer and a wild tour through his past orchestrated by Nightmare. 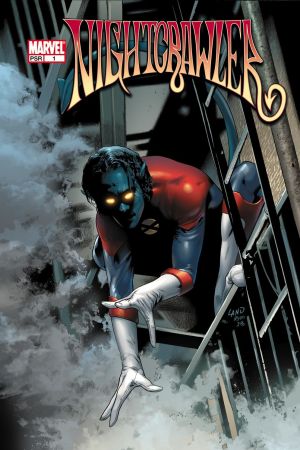 Everything came to a head in the last issue when a certain demon appeared and offered him what he wanted most in the world—if he would simply step aside during an upcoming war between good and evil. To that, Nightcrawler responded with a mean right cross. Take that!

Back And Better Than Ever

Nightcrawler briefly died at the hands of Bastion during the SECOND COMING story as seen in X-FORCE (2008) #26. After spending some time in a Heaven-like place, he returned to the land of the living in AMAZING X-MEN (2013) #1-5. Before officially crossing over, though, he enlisted some of his X-pals to teleport to his new domain in hopes of stopping his demon father Azazel from destroying paradise. Thanks to equal parts heroics and trickery, Nightcrawler made it back to the mortal plane and even managed to trap his father there. And all it may (or may not) have cost was...his soul. 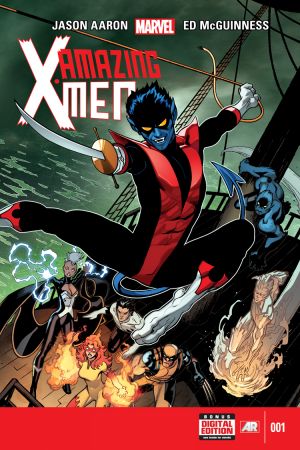 Pre-order GIANT-SIZE X-MEN: NIGHTCRAWLER #1 at your local comic shop now, then pick it up on March 25!

In this article: Nightcrawler

Chris Claremont teams up with artist Scot Eaton for a prelude to his original run on 'Excalibur' this February!

Read some of our favorite comic stories from the world of Marvel Noir on Marvel Unlimited!