The Complicated History Between Loki and His Father

Catch up with all the 'War of the Realms'-related action happening in today's 'Thor' #12!

When it comes to screwed-up family situations, Loki's just about got the market cornered! He was born to Laufey of the Frost Giants in the land of Jotunheim, but taken in by Odin and Freyja. Growing up on Asgard, he lived a very different life than he would have otherwise, especially alongside his adoptive brother Thor!

Always feeling like an outsider, Loki leaned in to his trickster nature, which has informed most of his decisions moving forward in life. Over the years, he's vacillated between loyalties between his biological and adoptive families, including in the lead-up to WAR OF THE REALMS. And despite recent (violent) events, Loki and Laufey meet up in today's THOR #12.

With that in mind, we're looking back at their relationship over the years!

Loki's earliest days were initially recounted by a pair of legends in JOURNEY INTO MYSTERY #112, wherein Stan Lee and Jack Kirby recounted Odin's adventures in Jotunheim against Laufey. First, the Asgardians gained the upper hand, forcing Laufey to retreat back to his castle. Then Odin gave chase and destroyed his enemy.

After killing Laufey, Odin found baby Loki nearby and remembered that the king felt great shame at his son not being born a giant. Respecting his royal heritage, Odin declared that Loki would be his own son moving forward—the half-brother of Thor! 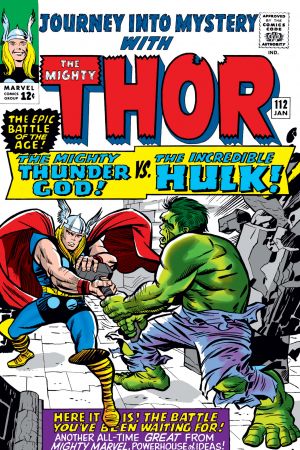 Laufey actually spent the ensuing years out of the picture, though his absence clearly left an impression on Loki as he grew up never feeling like he fit in. In fact, Loki even traveled back in time to kill his father after Odin's forces attacked as seen in 2009's THOR #12. That same issue retold the story of the adopted Loki into a boy who lived through his father's abuse, but never forgot it. Later, Laufey came back on the scene with Jason Aaron's THOR series, and that all began to change.

Roxxon's people discovered a mysterious object in the depths that attracted the attention of Malekith and his new allies the Frost Giants. Though both Jane Foster's Thor and the Odinson responded to the Giants attacking, the conflict allowed Roxxon's CEO Darrio Agger to meet and make a deal with the Dark Elf. In exchange for the object of obsession, Malekith would give Roxxon mining rights to all of the conquered realms! 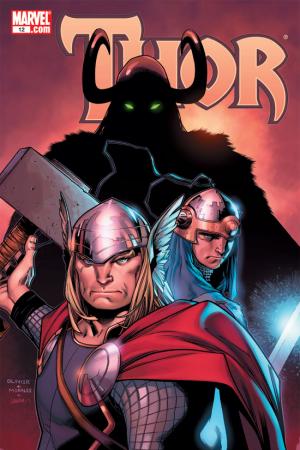 The object in question turned out to be Laufey's skull. After collecting the blood of a hundred murdered Light Elves, Malekith used his magic to resurrect the one-time king. In doing so, he not only returned Loki's father to the land of the living, but also cemented an alliance between Malekith and Laufey's forces along with other members of the Dark Council as seen in MIGHTY THOR. 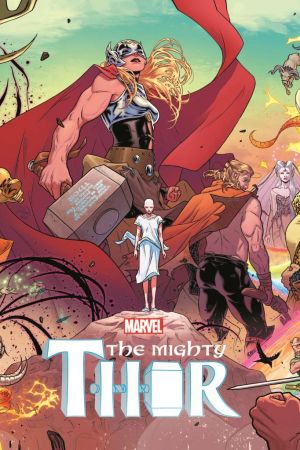 Loki soon joined the group and reunited with his father! Even though the son survived a gauntlet of Frost Giants in Bloodcicle Canyon, Laufey still looked down on Loki for talking his opponents into harming themselves and each other. Considering his kin an abomination, Laufey still worked with Loki and continues to do so, but you never quite know where either of them will wind up—or where there relationship will be when WAR OF THE REALMS concludes!

Read WAR OF THE REALMS #2 at your local comic shop now!

In this article: Loki, War of the Realms

Marvel Studios SELECTS: Loki and the Frog of Thunder Arrive

The June drop is now available at Target!

Since his introduction in 1952, Loki Laufeyson has assumed various titles and acted as both friend and foe to many – including himself.