And now that we’re just a few days away from X-Men: Dark Phoenix hitting theaters on June 7, it’s a great time to look back at the comic origins of the Phoenix. But there's sooooo much history and great storytelling behind Jean Grey and the Dark Phoenix that we had to divvy this up into three parts! Today, read Part Three of our reading guide  -- you can read Part One -- The Beginning by clicking here and Part Two -- Enter the Dark Phoenix right here.

In the overall saga of Grant Morrison’s NEW X-MEN, he built up numerous stories with Jean, with the Phoenix’s growing return taking the greatest role as the series rolled along.

In issue #128, Jean sat with Professor X to gain some insight into the growing power she felt. Through an experiment, they found that her powers were far greater than they knew – and the Phoenix had returned. Charles then asked to talk to the Phoenix:

In issue #139, Jean found Cyclops in a rather awkward state, inside Emma Frost’s mind while Emma was dressed like Dark Phoenix and Scott was… into it. After kicking Scott out, Jean—and “the Phoenix”—had a talk with Emma. Professor X wasn’t so sure it was quite the Phoenix, but it doesn’t matter since Jean’s power was off the charts. And she flaunted that power at Emma, digging up pain and trauma in an effort to find out what was going on between Emma and Scott.

In issues #146-150, Magneto made his grand moves and everything came to a head. Jean, her power still growing, went to space to save her teammates and found herself with Wolverine, snapped and trapped on Asteroid M. With no food, air, or oxygen, and the asteroid drifting to the sun, Wolverine ended Jean’s suffering and opened them up to the blazing fires of the star. And with death, rebirth. The Phoenix Consciousness lived again, saving Logan, saving the day, dying again.

A story mostly set 150 years in the future, wrapping up all of Grant Morrison’s X-Men stories, it saw a Phoenix egg hatch, giving life to Jean and the Phoenix again. Fire and life incarnate! 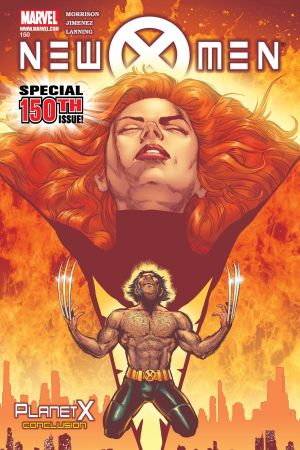 Jean, as the White Phoenix of the Crown, saved the future and the past—which was our present—and gave Scott a nice ending.

The Shi’ar brought the Phoenix Force back before it was fully ready for rebirth in hopes of killing it for good.

But it’s the Phoenix. C’mon, bruh.

The Phoenix Force resurrected Jean Grey, who wasn’t really feeling it. Jean tried to convince the Phoenix Force to let go, move on, and transcend to the White Hot Room (a sort of home and safe space for the Phoenix within the M’Krann Crystal) together, but it wanted power.

Phoenix took Logan to the North Pole and away from people where she convinced Wolverine to kill her before she lost control. But she was resurrected. Kill, rebirth, kill, rebirth. It’s brutal. 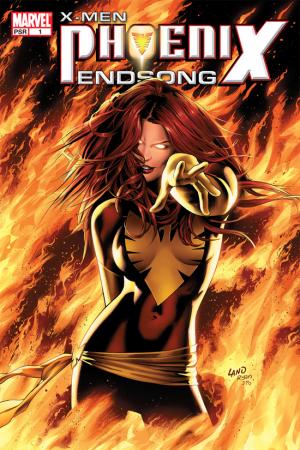 Jean’s plan weakened the Phoenix Force, and she cast herself down into the ice, hoping to freeze the power. Unfortunately, the Phoenix Force broke out, manifested as if it was Jean, and coaxed Cyclops to feed it, as it fed on Cyke’s optic blasts.

The Phoenix Force found a new host in Emma Frost, but only temporarily.

Jean was freed from the ice, accepted her connection to the Phoenix Force, and used the power of love to convince the Force that they must move on and go back to the White Hot Room.

Once again, Jean as the Phoenix saved everyone and sacrificed herself.

There was a time-displaced young Jean Grey who, along with her fellow young and original X-Men, operated alongside modern X-Men—including some of their modern selves.

This young Jean had premonitions and visions of the return of Phoenix Force and turned to other heroes and X-Men for help and guidance. Jean trained and planned in order to turn away the Phoenix Force, which she had yet to bond with. This story weaved with the Phoenix Resurrection story of the older Jean Grey, and while young Jean never bonded with this Phoenix, they did connect in the White Hot Room.

Young Jean travelled to the past, meeting the older version (albeit younger) of Jean shortly after becoming Phoenix. The two Jeans connected and even adventured together, with Phoenix even successfully battling Galactus. This took place during the younger Jean Grey’s solo series and hinted at the events of the Phoenix Resurrection story. 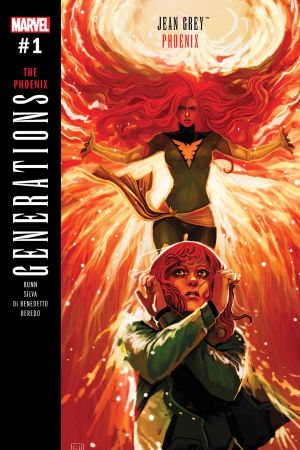 The Phoenix came back to Earth, exhumed Jean’s body and gave her life, then tried to merge again. Jean subconsciously struggled against the Phoenix Force, creating psychic barriers and gaps in her memory. With the help of the X-Men, Jean remembered who she was and what she lost.

Jean convinced the Phoenix to move on without her, allowing them both to start anew.

TL;DR – Jean’s awesome. The Phoenix is scary, but super cool. Together, they saved everyone, sometimes they destroyed everyone. They did a lot together, and now they’re apart.

Part One -- The Beginning
Part Two -- Enter the Dark Phoenix