The First Time the X-Men Fought the Sentinels

Look back at the 1965 debut of the mutants' greatest foe!

Over the years, the X-Men have faced more than their fair share of deadly foes, but few have done more damage than the Sentinels!

By the time the robots first appeared, the merry mutants had already taken on the likes of Magneto, the Brotherhood of Evil Mutants, the Avengers, and the Juggernaut, but with UNCANNY X-MEN (1963) #14, one of their most persistent and deadly foes debuted!

In that blockbuster issue by Stan Lee, Jack Kirby, and Jay Gavin, "the most unusual teen-agers of all time" got some surprise time off from Professor X after healing from their Juggernaut-related injuries.

Meanwhile, renowned anthropologist Dr. Bolivar Trask began kicking up anti-mutant sentiment by calling them more dangerous than war and nuclear bombs! The press picked up the story and ran with it, publishing tales of mutants overtaking the human race and subjugating their genetic inferiors!

In an effort to stem the tidal wave of bigotry, Charles Xavier arranged to debate Trask on live television. On that very show, Trask revealed his robotic minions. Claiming that they were fully responsive to him, Bolivar demonstrated their mechanical strength on Professor X himself who had not yet publicly revealed himself to be a mutant. 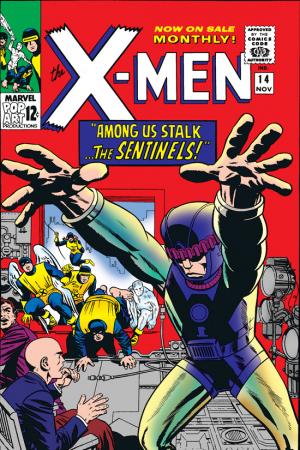 When Trask tried to demonstrate the full extent of the Sentinel's weaponry, one of them attacked him. Claiming superiority over their human inventors, the machines decided to forge their own path. Witnessing all of this first hand, Xavier then used his mental powers to call his X-Men to help stop this potential threat...

As most of the Sentinels flew off with Trask to build more of their kind, another stayed back at the station to guard the humans. Soon, Iceman, Beast, and Cyclops burst in to fight the thing, but it wound up falling over on its own because a nearby crystal messed up its ability to receive transmissions! They stuck around to investigate the malicious mechanics and were soon joined by Jean Grey and Angel. 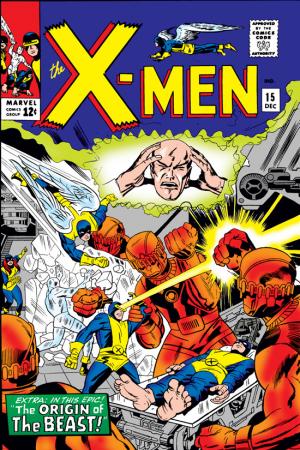 The full squad eventually found out where the Sentinels took Trask and gave chase following into the next issue. As the X-Men dealt with the building's defenses, Beast and Iceman got captured followed shortly after by the rest of the kids. While his students broke into the facility, Professor X attacked the Master Mold in his astral form before going off to investigate the fallen Sentinel in the TV studio again.

The story concluded in the pages of UNCANNY X-MEN (1963) #16, wherein the X-Men finally escaped and beat up on some of the Sentinels. While Xavier brought the transmission-interrupting crystal to the Master Mold location, the giant forced Trask to make more and more Sentinels. However, knowing that this very process could allow for the enslavement of humanity at the hands of the Sentinels, he destroyed the equipment which led to the destruction of the building itself! 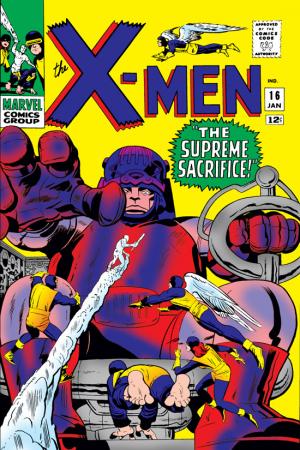 The X-Men escaped, hoping to put the threat of the Sentinels behind them forever. However, that proved far from the truth; over the years, Trask's monstrous inventions have returned over and over again in various forms to plague mutantkind.

Read these issues and more on Marvel Unlimited right now! Then pick up the latest mutant story with HOUSE OF X and POWERS OF X!