There are thousands of Super Villains in the Marvel Universe.

To celebrate the best of the worst, we've compiled a selection of the greatest Super Villains in Marvel history. 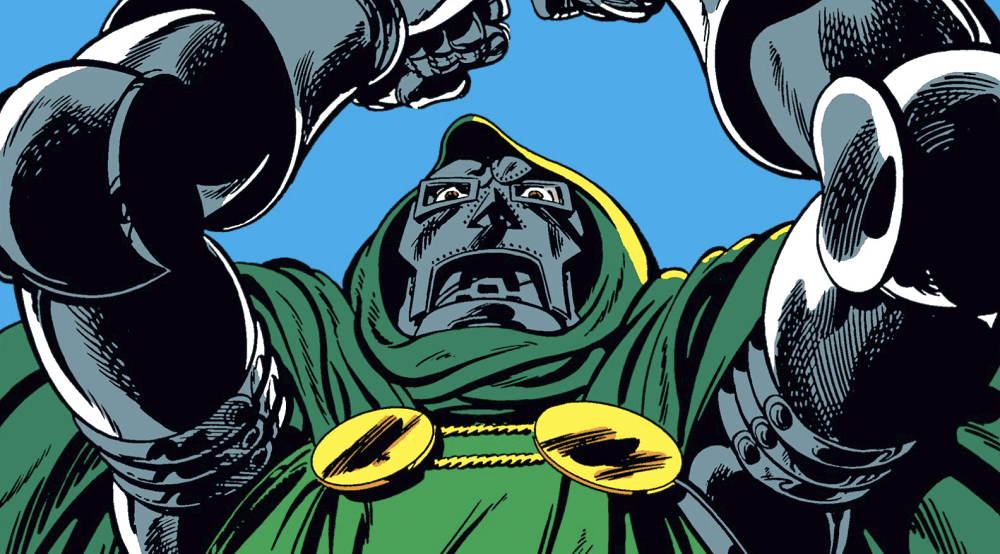 The ruler of Latveria has long made bystanders, heroes, and even villains of the Marvel Universe quake in fear. Smart, egomaniacal, ruthless, but animated by a moral code all his own, Doom carries the everlasting threat that soon anyone could be bowing to him in supplication. Or, just as likely, anyone could be reduced to dust for their impudence.

In the wake of his time as the Infamous Iron Man, when he chose to approach the world with a more positive outlook, he has added yet another feature to his list of traits: utterly unpredictable. Will he be an antihero when he re-emerges once again? On the side of good? Or will he re-embrace total villainy? It all seems equally possible. 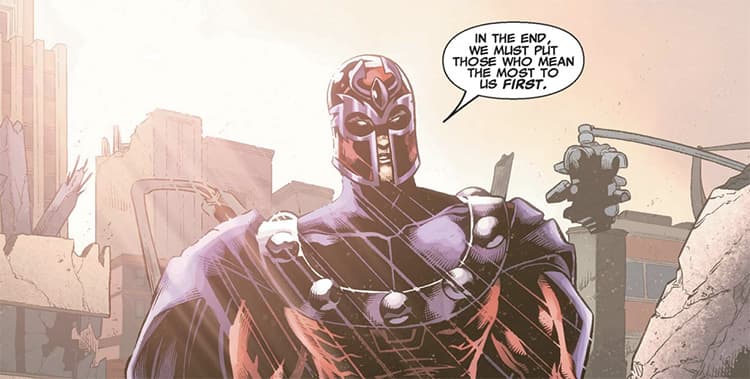 The Master of Magnetism tries. He really does. He wants to do things the right way. He has tried to follow Xavier’s path, tried to work with Cyclops. But it never seems enough. No matter how many times Magneto tries to believe in humanity, tries to follow the straight and narrow, human beings keep forcing him back to more radical methods.

As scholars of Magneto know, every time he tries to go good and is forced to return to evil, he comes back more brutal than ever. So nice job, people of the Marvel Universe: you've done it again.

To review, Dr. Otto Octavius has tried to take over the world, cheated death by seizing Spider-Man’s body, become a version of Spider-Man that arguably did the Super Hero-ing and the Peter Parker-ing better than the real deal, got evicted from Parker’s body into a brand new physically fit model of his previous Octavius body, seized control of Hydra bunker, and made himself a whole new look. And that's just recently.

Now back as the “Superior Octopus” Doc Ock can remember what it felt like to adored, what it felt like to be respected, and how it felt to be on top of the world. Do you really think he has any interest in letting Spider-Man mess all that up without punishing him for it?

One of the most despicable villains to ever grace Earth-616: Johann Shmidt. A man whose twisted morals and inhumanity have burned through to his very bones.

A longtime adversary of Captain America, the Skull has confronted nearly every Super Hero at one point or another. Most recently mixed up in a Secret Empire scheme alongside his Hydra allies, the Red Skull saw defeat. But given the relentless evil within him, it is certain that he'll return once more soon.

Discover more about the history of the Red Skull with his explore page: Red Skull (Johann Shmidt)

Wilson Fisk is the Kingpin of Crime.

He has consistently—with small breaks to keep things interesting—overseen all the organized crime in New York City in the Marvel Universe. He has nearly broken Daredevil on multiple occasions. He has dodged every bullet Punisher has ever fired in his direction. He even has taken punches in the face from Spider-Man without breaking stride. Most recently he even got elected Mayor of New York City, outlawed street vigilantes, and put Matt Murdock under his theme as the lieutenant mayor the City, a position devoid of any meaningful power.

What we're saying, if you can’t tell, is that Fisk is a bad man.

Get more info on this bad man with his character page: Kingpin (Wilson Fisk)

The God of Mischief, the Prince of Lies.

Loki cannot help but be bad even when he tries to be good. Manipulation comes to him as easy as breathing. On top of that, he has an ego. One so big, yet so fragile. So easily made jealous, often murderously so. His repeated beatings—often literally—at the hands of his step brother Thor only make it worse.

Loki, however, does not play just one note. We have seen him try to make good as a kid and teen Loki, raise hell as Lady Loki, and be his usual terrible self in his usual body. That makes him easy to empathize with at times, easy to be afraid, and incredibly difficult to predict. 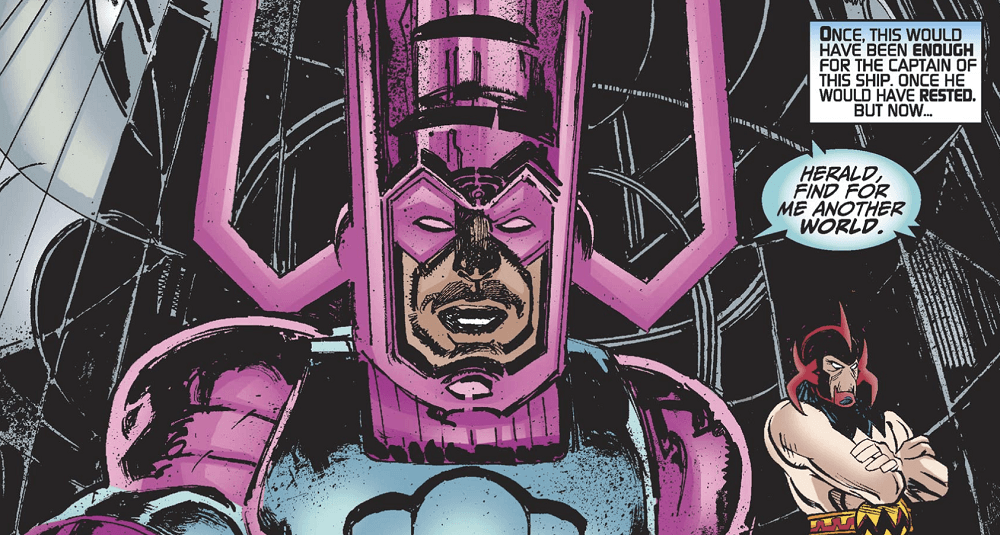 It seems wrong to put Galactus on this list. After all, he has always existed beyond issues of good and evil. Galactus stands eternal and has no interest in humanity’s petty concerns. He could not care less for how humanity views his behaviors. He does what he does because he must. When he arrives in your corner of the universe, he comes to eat planets, not to make friends.

Earthlings will forever see him as evil, but of course, he will never care about the opinions of Earthings.

Learn more about Galactus on his explore page: Galactus 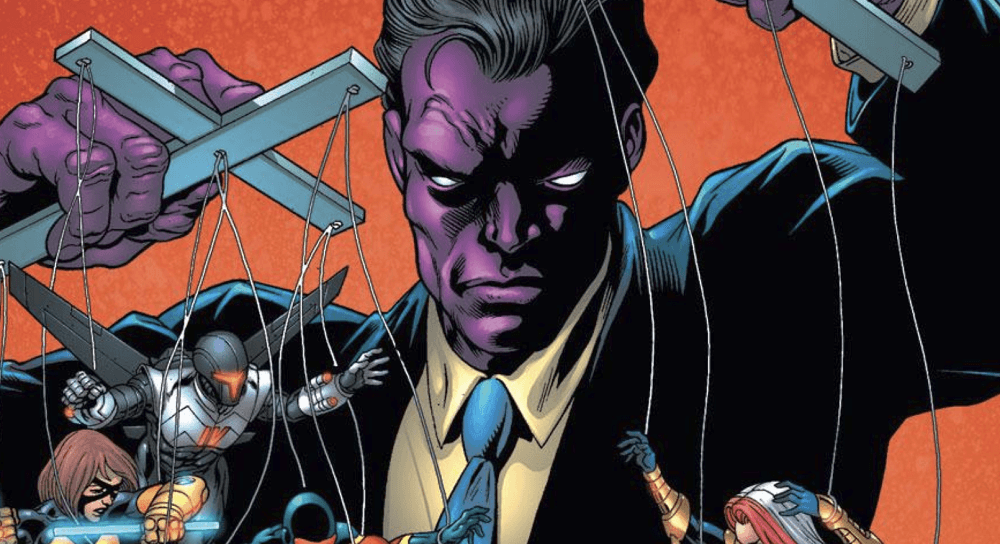 Whatever he says goes. And Purple Man does not say nice things.

Over the years, readers have gotten used to seeing him as a Jessica Jones antagonist, Killgrave hardly keeps his monstrous nature to one hero. Luke Cage, Daredevil, Nate Grey AKA X-Man, and many more have fallen to his will. The list of his victims runs long and extends with every moment Killgrave walks free.

Only the worst of the worst could lose all access to their super powers and get more dangerous, not less. And Norman Osborn did just that last year.

Stripping himself of his Goblin powers—and madness—the man who killed Gwen Stacy led Spider-Man on a worldwide chase that ended with them pulping one another with their fists. Spidey ended up on top, but the victory was pyrrhic. In focusing so much on his nemesis, Peter Parker let his company escape his attention leading to its eventual degeneration.

Then, as an encore, Osborn merged with the Carnage symbiote to become the Red Goblin. Just as obsessed with destroying Spider-Man as the usual Green Goblin with all Carnage’s ability to conjure weapons out of thin air.

These robotic monsters—be they fully metal, half human, or nanites—exist to kill.

Their victims are typically mutants, but often they aim for anyone with super powers or literally just anyone at all. They possess no other purpose. They were built to murder, early, often, and with widespread effect.

Learn more about Sentinel history with their explore page: Sentinels

Sing, Lady Death, the wrath of the Mad Titan Thanos, whose anger wrought pains a thousandfold upon the universe...

The madness of this Titan has become myth, but the ruinous might of his reach is much more than fantasy. One of the most powerful beings in the Multiverse, Thanos seeks the Infinity Stones in a neverending quest to prove his lethal clout to his unrequited love, the Mistress of Death.

Lose yourself in the incredible history of Thanos with his explore page: Thanos