The History of Captain Marvel: Part 2

See how Carol Danvers went from head of security to Super Hero!

When last we left Carol Danvers in Part 1, she had the unfortunate designation of Security Chief at a base that the Kree Captain Mar-Vell continually brought trouble to. The worst of it came when his rival Yon-Rogg used a device called the Psyche-Magnitron, which eventually exploded. The alien hero shielded Danvers from the explosion, saving her life. They would later meet again, but that was about it...for the time.

It must have come as a surprise to readers when Carol Danvers returned with her own title, MS. MARVEL, in 1977. While the liberated Danvers haggled with J. Jonah Jameson about becoming the editor of one of the Daily Bugle's magazines, a similarly-haired hero with super strength and some form of pre-cognition began taking on threats like the Scorpion...

Carol had been super stressed because of a fall from grace in the security field, so she fell back on her second love: writing. While that career seemed to be taking off, she had to deal with unexpected blackouts. At the same time, the new hero called Ms. Marvel began her career as a crime fighter with ties to the Kree.

Though she remembered her encounter with Yon-Rogg, Carol had no idea that she'd actually gained her own incredible abilities on that Psyche-Magnitron day, thanks to the radiation passing through Mar-Vell's Kree physiology into her. When writer Chris Claremont began shepherding the character with issue #3, she got clobbered by the Doomsday Man, and her two personalities started blending together.

As MS. MARVEL continued, the lead character not only developed a solid cast of supporting characters, but also became a larger part of the Marvel Universe. She joined forces with a certain wallcrawler in MARVEL TEAM-UP #62 and even assisted Earth's Mightiest Heroes in AVENGERS #171 and #172 to fight Ultron and the evil Tyrok.

After that second fight, Wonder Man asked if Ms. Marvel would come back to the mansion for good, but she declined, saying she had her own life to live (and series to lead).

Ms. Marvel appeared again not long after in AVENGERS #175-#177 to offer her assistance against the god Korvac, an enemy of the original Guardians of the Galaxy. 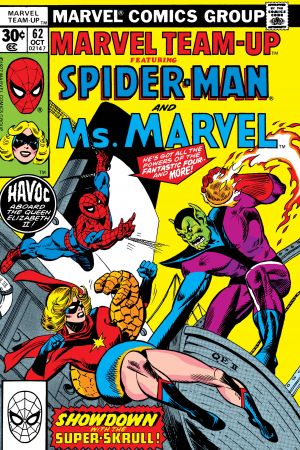 Big changes were then in store for Ms. Marvel. After fighting alongside Captain Mar-Vell against Ronan the Accuser and the Supreme Intelligence in MS. MARVEL #19, Carol decided to move away from her Kree side to fully embrace her humanity, resulting in a brand new costume with the lightning bolt logo in issue #20, thanks to some unstable molecules from Mister Fantastic and design assistance from Janet Van Dyne.

With the end of her ongoing series in 1979 with issue #23, Ms. Marvel transitioned to becoming an official Avenger in AVENGERS #183 when Scarlet Witch took a leave of absence. During her first tour of duty with the premiere super team, she fought Absorbing Man, a Chthon-possessed Scarlet Witch, the evil wizard Modred, the Elements of Doom, Grey Gargoyle, Inferno, and Taskmaster. 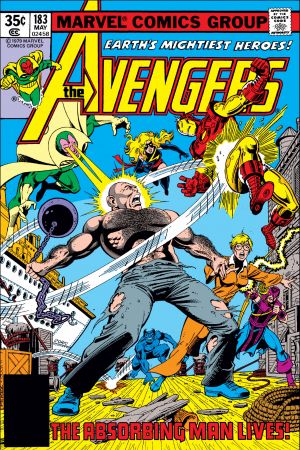 In issue #197, Carol collapsed, only to find out she was mysteriously three months pregnant. The next day, the same tests said she was six months along... And things only got weirder from there. She went into labor at the very end of issue #199 and then had the baby in issue #200 with some help from Dr. Don Blake and the robot Jocasta. Feeling used, Carol quickly returned to her Ms. Marvel costume while her son started growing rapidly, learning how to talk and even naming himself Marcus in a matter of hours after being born. Carol's first stint as an Avenger came to a close with the bicentennial issue.

Even crazier? Marcus grew to full adulthood that same day and began working on a machine while a wild assortment of time-displaced threats attacked Avengers Mansion. When the battle died down, Marcus explained his existence. As the son of Immortus, he lived in Limbo, but had been abandoned when Immortus left. He couldn't simply go to the Earthly plane because it would wreak havoc on the space-time continuum. So he found the most powerful woman he could and decided to be born through her into the world in hopes that time and space wouldn't be quite so disturbed that way. 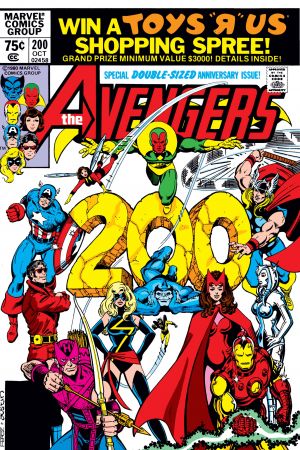 Another mind-blowing chapter in the long tale of Captain Marvel! Come back on Friday for the next installment of Carol's chaotic life story!

Read CAPTAIN MARVEL #1 at your local comic shop now! Get ready for "Marvel Studios' Captain Marvel" on March 8! And stay tuned to Marvel.com for Part 2 of the History of Captain Marvel!