The face of Peter Parker revealed, Spider-Slayer and more!

Still stuck in the Savage Land in AMAZING SPIDER-MAN #104, the wondrous web-head somehow managed to snatch victory from the jaws of an alien monster and rescue both Gwen Stacy and J. Jonah Jameson. Back home again, Spidey saw action alongside his old sparring partner the Human Torch versus the slippery Sandman in MARVEL TEAM-UP #1. 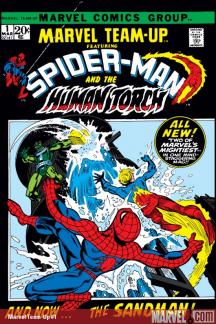 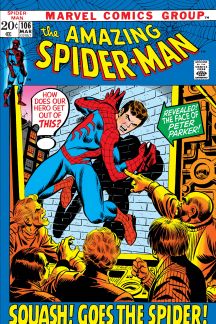 Spidey put up with Johnny Storm again in MARVEL TEAM-UP #2 to protect the Negative Zone portal at the Baxter Building from the Frightful Four. Later, the mystery of Peter Parker’s high school tormentor Flash Thompson deepened in AMAZING SPIDER-MAN #108, and so Spidey stepped in to save the day with a little help from Doctor Strange in AMAZING SPIDER-MAN #109.

Morbius the Living Vampire flew in for a bite in MARVEL TEAM-UP #3, but not even still more assistance from the Human Torch provided the wallcrawler with the manpower to take him down. It fell to the uncanny X-Men in MARVEL TEAM-UP #4 to shine some light on the situation and help Spidey put the final nail in Morbius’ coffin. 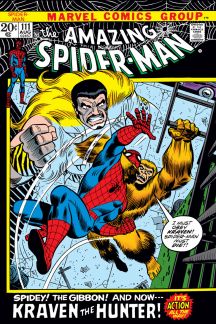 By the time the dust cleared and Ock ended up back behind bars, a tussle with both the android Vision and the hulking Monstroid in MARVEL TEAM-UP #5 seemed like a walk in the park to our young wallcrawler.