Spidey teams with Adam Warlock, Nova, the Wasp and many more, while battling a bevy of foes. 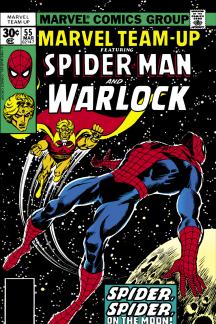 Electro and the Blizzard attempted a hostile takeover of the Daily Bugle in MARVEL TEAM-UP #56, but when the Vulture challenged Spidey to a duel in SPECTACULAR SPIDER-MAN #4, the young champion made things cold for the high-flying villain in SPECTACULAR SPIDER-MAN #5. Later, the Black Widow aided the webslinger in taking down the Silver Samurai in MARVEL TEAM-UP #57, and J. Jonah Jameson threatened Peter Parker about his secret identity in AMAZING SPIDER-MAN #169. It took a clash with the mind-bending Dr. Faustus in AMAZING SPIDER-MAN #170 to finally clear poor Peter’s head. 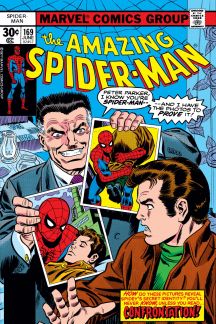 In NOVA #12, the Human Rocket accepted the wallcrawler’s input on the murder of his uncle, a case which they solved together in AMAZING SPIDER-MAN #171. The dreaded Equinox made things hot and cold for Spidey and Yellowjacket in MARVEL TEAM-UP #59, prompting the Wasp to fly in for the save in MARVEL TEAM-UP #60. Protests on Peter’s college campus in SPECTACULAR SPIDER-MAN #9 opened up a mystery involving the White Tiger, one that expanded in SPECTACULAR SPIDER-MAN #10.

The invincible Iron Fist received a mortal blow from the Steel Serpent in MARVEL TEAM-UP #63, and when the webslinger agreed to aid from the Daughters of the Dragon in MARVEL TEAM-UP #64 to inflict damage on the newcomer, he knew he made the right choice. Finally, just to make everything a bit more interesting, Spider-Man met Brother Power and Sister Sun in SPECTACULAR SPIDER-MAN #12, and the nearly indescribable Razorback in SPECTACULAR SPIDER-MAN #13.