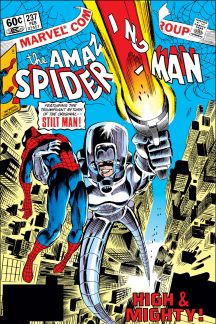 The all-seeing Watcher guest-starred in MARVEL TEAM-UP #127, and the wallcrawler and Captain America joined forces to rid the city of Vermin and his rats in MARVEL TEAM-UP #128. The Hobgoblin, a new baddie using the Green Goblin’s motifs, attacked Spidey in AMAZING SPIDER-MAN #238, and ramped things up in AMAZING SPIDER-MAN #239 before flying off to cackle another day. 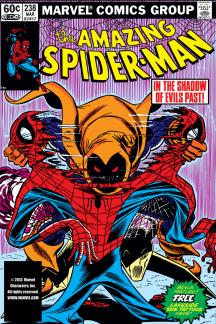 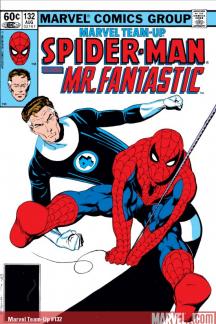 Following Spidey’s near-brush with joining Earth’s Mightiest Heroes in AVENGERS #236 and AVENGERS #237, the Black Cat checked out of the hospital in SPECTACULAR SPIDER-MAN #84, and attempted to go straight by helping her Spider catch the Hobgoblin in SPECTACULAR SPIDER-MAN #85. The wallcrawler met up with the mutant Kitty Pryde to hunt Morlocks in MARVEL TEAM-UP #135, and with Wonder Man to manhandle the Mauler in MARVEL TEAM-UP #136. And, at the end of the day, Spidey found his only real friend might be Frog-Man in AMAZING SPIDER-MAN #247. 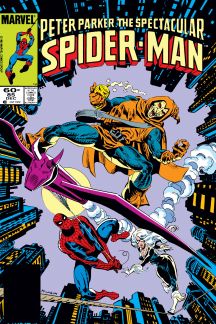