After scuffles with the hate-filled Nekra in WEB OF SPIDER-MAN #46 and the macabre Mysterio in AMAZING SPIDER-MAN #311, Spidey’s world turned completely upside-down when New York City became infested with demons during the Inferno event in PETER PARKER, THE SPECTACULAR SPIDER-MAN #146. 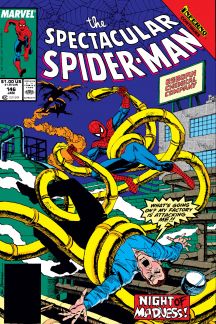 Jonathan Caesar manipulated events from behind prison bars in AMAZING SPIDER-MAN #314 to evict Mary Jane Parker from her apartment, so she and Peter moved in with Aunt May. Spidey learned more about his and Gwen Stacy’s clones from Miles Warren’s journals in SPECTACULAR SPIDER-MAN #149, and helped Mary Jane’s friend Lorraine hold off a drug pusher in WEB OF SPIDER-MAN #49. 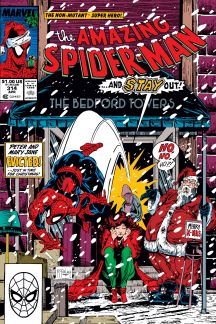 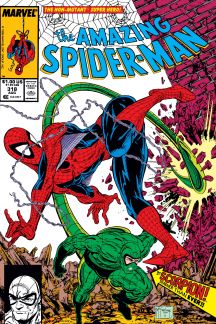 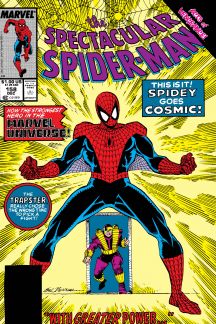 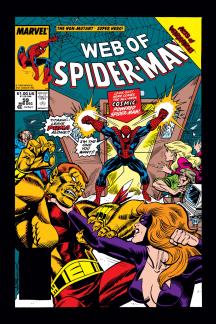