Spidey has a fateful battle against Harry Osborn as the Green Goblin and faces Maximum Carnage! 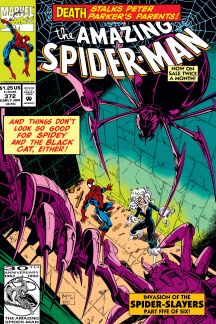 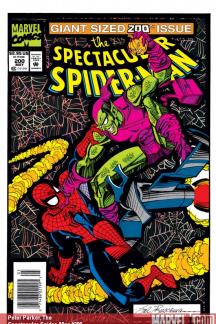 Venom’s own “son” Carnage escaped in SPIDER-MAN UNLIMITED #1 and immediately began gathering evil individuals to his side to sow chaos. They attacked Spidey and his allies in a church in WEB OF SPIDER-MAN #101 and invaded Central Park in AMAZING SPIDER-MAN #378 while the wallcrawler reluctantly teamed with Venom in SPIDER-MAN #35 to balance the scales. The Black Cat also paired with Venom to clash with Carnage and his gang in SPECTACULAR SPIDER-MAN #201. 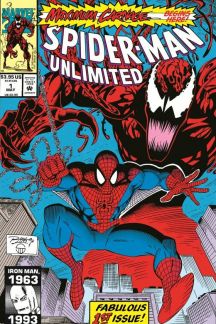 With most of New York in agony from Shriek in SPIDER-MAN #37, Cloak returned to Dagger’s side to help our hero in SPECTACULAR SPIDER-MAN #203 and ultimately corral Carnage in SPIDER-MAN UNLIMITED #2. 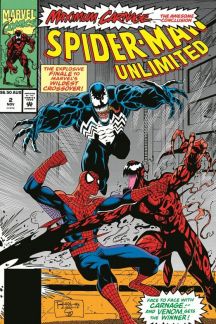 Electro needed to get back on top in SPIDER-MAN #38, so he concocted a new scheme to do so in SPIDER-MAN #39, but when it backfired in SPIDER-MAN #40 he turned to his old foe the webslinger for help. The mysterious Shroud aided Spidey in confronting the Screaming Masks of Cytorrak in SPECTACULAR SPIDER-MAN #207, Doctor Octopus tried to save the life of an old flame in SPIDER-MAN UNLIMITED #3, and Jameson’s wife Marla inadvertently transformed her assistant into the menace called Sandstorm during weapons tests in WEB OF SPIDER-MAN #107. 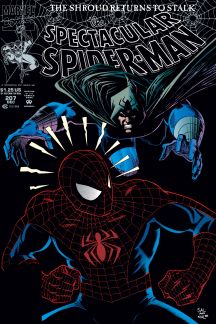