For over 50 years, Spider-Man has been a sensational standout in the Marvel Universe and the web-slinger swung onto the silver screen once more in 2017’s “Spider-Man: Homecoming” and will do so again in Marvel Studios’ “Avengers: Infinity War” in 2018! In celebration of his memorable history, we present Spidey’s spectacular step-by-step story…

With Spider-Man in his past, Peter Parker moved to Portland, Oregon, only to encounter the threat called Tendril in SPIDER-MAN: THE FINAL ADVENTURE #1-4. Meanwhile, the new official Spider-Man, Ben Reilly, took a job in a coffee shop in SENSATIONAL SPIDER-MAN #0 to make ends meet, while Mysterio planned a comeback. Later, Spidey battled Sandman in AMAZING SPIDER-MAN #407, the deadly Poison returned in SPIDER-MAN #64, and a couple of eco-terrorists stirred the pot in SPECTACULAR SPIDER-MAN #230. 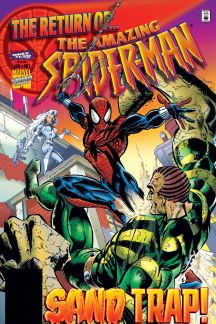 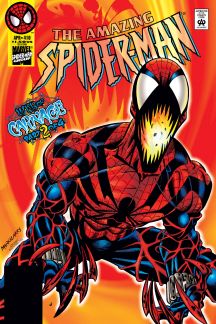 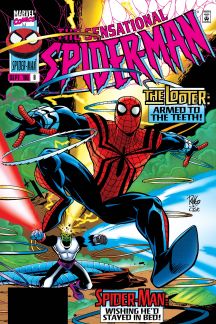 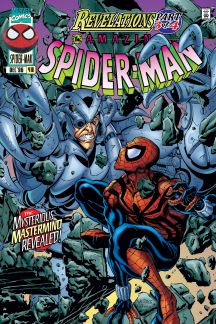 Recovered from his sickness, Peter donned a spare mask to help Ben versus the Host in AMAZING SPIDER-MAN #417, put his head together with his double for a serious talk in SPECTACULAR SPIDER-MAN #240, and stood up against Gaunt while Mary Jane went into unexpected labor in SENSATIONAL SPIDER-MAN #11. While the two heroes battled Gaunt, the baby sadly arrived stillborn in AMAZING SPIDER-MAN #418, and Peter faced the real culprit behind all of his and Ben’s misery, the long thought dead Norman Osborn, in SPIDER-MAN #75. In that debacle, Peter once more took on the role of Spider-Man when Ben lost his life to Osborn’s treachery.

Later, Peter and Mary Jane dealt with not only the loss of Ben but also their child in SPECTACULAR SPIDER-MAN #241 while the Chameleon waited offstage to reveal his next scheme.