The Comics History of the Shadow King

Looking back at some of the greatest nightmares the telepathic threat has caused through the years.

You can’t have a great hero without a great villain and for the main character in FX’s “Legion,” David Haller, that is none other than the powerful, complex and often terrifying menace known as the Shadow King. With Season 2 of the series airing right now, David and the Shadow King’s conflict has only escalated, with the villain unleashed on the world in a bigger way.

Of course the Shadow King, like David himself, originated in Marvel’s X-MEN family of comics, with the Shadow King actually debuting first, in the pages of UNCANNY X-MEN, before David’s eventual debut in NEW MUTANTS #25.

Let’s look back at some of the most important and memorable moments in the history of Shadow King, otherwise known as Amahl Farouk, from his many comic book appearances…

The mutant who would become known as the Shadow King, Amahl Farouk, was first seen in UNCANNY X-MEN #117. At that point, Professor X thought that his team of X-Men had perished and felt both depressed and reflective. He recalled a time in his youth after Moira MacTaggert broke off their engagement when he traveled the world to blow off some psionic steam. While in Egypt, a young Ororo Munroe picked his pocket and when Charles went to use his mental powers to stop the tiny thief, he felt a strong psychic attack that lead him to a nearby pub. 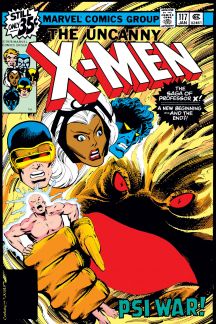 That’s where he first met Amahl Farouk and the two began communicating through their minds. Xavier compared being in psychic contact with Farouk to “swimming in a sea of maggots.” Farouk said Charles should join forces with him, but Xavier saw him as a criminal who should be punished, which lead to a battle between the two on the psychic plane. As the more experienced telepath, Farouk used some of Charles’ worst memories against him and easily recognized Xavier as a novice during their battle. However, the less experienced party decided to focus on pure power over mental parlor tricks and blasted Amahl in the astral plane so fully that it killed the man in the real world, ending his threat.

Or so Xavier thought…

In fact, the villain survived as a psychic entity — and indeed, we’d eventually learn Farouk was only the latest among other forms he’d used going back much further — and he went on to sense the powerful mutant Karma in NEW MUTANTS #6, taking over her body when she was caught in an explosion. He then stealthily used her body and their combined powers to fortify himself on the physical plane once more. The New Mutants at first only saw their manipulator as Karma, and thought she had betrayed them. Eventually, her body came to look more like Farouk’s corpulent appearance. 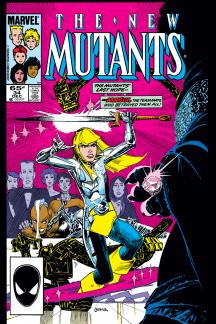 In NEW MUTANTS #34, the Farouk-possessed Karma was now running a club that offered its patrons a taste of darkness. They assumed they could go back into the light, but the Shadow King claimed that his powers included corrupting their souls more fully. He showed part of that power by keeping most of the New Mutants, along with Storm, in his thrall. Thanks to a clever plan concocted by Magik and Warlock, the mutants were freed and the truth discovered about Karma’s possessor. Once Farouk jumped out of Karma and into her fellow New Mutant, Doug Ramsey, she battled the Shadow King on the psychic plane. The evil one once again gained the upper hand early, but Karma persevered. She attempted to capture his psychic form and deliver him to Professor X, but the slippery villain escaped once more into the astral plane.

He didn’t stay away for too long, though. He eventually made his presence felt in UNCANNY X-MEN #253 when he met Forge on a vision quest. Describing himself as “A ghost. A demon. A nightmare,” Farouk challenged Forge for a caged image of Storm. Forge just barely managed to escape being taken over by his foe, but walked away knowing Storm was both alive and in danger. 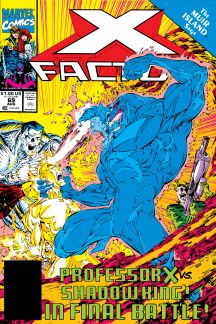 The Shadow King would return to give the X-Men nightmares in the Psi-War crossover, beginning in X-MEN #77, and then go on to take over an alternate reality version of Charles Xavier in NEW EXCALIBUR #8. He’d even give Wakanda trouble in X-MEN: WORLD’S APART #1, #2, #3 and #4, as he possessed the Black Panther and faced off with Storm once more. 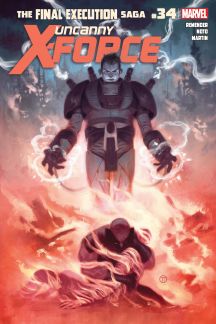 The Shadow King would then show up to torment X-Force in UNCANNY X-FORCE #10. He even joined together with other villains to become part of Daken’s Brotherhood of Evil Mutants in several issues, culminating in UNCANNY X-FORCE #34. Alongside his compatriots, Shadow King tried to manipulate Evan, a clone of Apocalypse, into becoming his full self, but with Farouk in control.

Most recently, Shadow King plied his nefarious trade in ASTONISHING X-MEN. When the Shadow King attempted to take over Psylocke, she sent out a distress call that brought Bishop, Angel, Gambit, Fantomex, Old Man Logan, Rogue and Beast in for help. After they saved her, Psylocke explained that the Shadow King intended to build a web out of those with psi powers. “He wants to fill the world with poison and watch us rot from the inside out,” Psylocke elaborated.

Psylocke sent Logan, Rogue, Gambit, Fantomex and Mystique (posing as Beast) to face the Shadow King on the astral plane, while Bishop and Angel remained behind to defend their corporeal bodies. At first, they had no idea that this conflagration actually existed as a competition of sorts between the Shadow King and Charles Xavier. When Cyclops killed Professor X, Farouk snatched his spirit and began challenging him to a variety of contests. 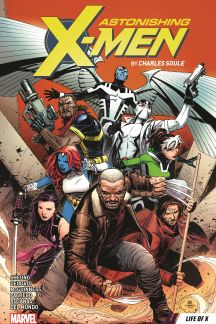 The Shadow King had all the advantages. He chained Professor X up while taking control of Logan and Gambit in the real world and sent them against their friends and comrades. He even managed to start spreading his corruption throughout London. However, Charles had his own trump cards in the form of Rogue, Fantomex and Mystique, three fluid warriors who could help distract the Shadow King long enough for Xavier to finally break free and use the full measure of his power to seemingly destroy his longtime adversary. Making matters worse for the Shadow King, he didn’t just lose, but he also facilitated the return of Charles Xavier to the land of the living by way of Fantomex.

The Shadow King might be down for now in the pages of the comics, but that purveyor of corruption never seems to stay away for too long. So keep your eyes open — and your mind guarded! — while reading the X-books and also be sure to tune into FX’s “Legion” Tuesdays at 10:00pm ET/PT on FX to see what kind of trouble the TV incarnation of the villain is making for David Haller and that show’s group of mutant heroes!