The Origins of Jean Grey and Cyclops' Daughter, Rachel Summers

See where it all began for Rachel as you read this week's Phoenix-powered 'X-Force' #9!

One of the Marvel's most enthralling (and temporally complicated) characters made her triumphant return in this week's X-FORCE #9 by Ed Brisson and Dylan Burnett! That's right, Rachel Summers is back!

If you're not familiar with this fiery redhead, she debuted in 1981's iconic UNCANNY X-MEN (1963) #141-142 by Chris Claremont and John Byrne, and she's become an important player in all things X ever since.

In the DAYS OF FUTURE PAST reality, Scott Summer and Jean Grey had a child named Rachel who grew up in a world where mutants were interned and made to wear power inhibitors. As a teen, Magneto and the other grown-up mutants convinced her to use her telepathic abilities to send Kate Pryde back into her teen body to prevent the assassination of Senator Robert Kelly.

While Kate did her best to explain the future to the X-Men of the '80s, Rachel and the others made their way through a tunnel into the heart of Manhattan until Sentinels attacked! She not only witnessed the death of her love Franklin Richards, but felt it with her inherited mind powers. In retaliation, she blasted a Sentinel and then protected Kate while Colossus, Wolverine, and Storm finished them off.

Aiming to destroy the Sentinel control center located in the Baxter Building, Rachel and her compatriots carried on. She also informed them that, even if Kate succeeded in the past, it might not change their present, but instead create an alternate timeline. While Wolverine, Storm, and Colossus went inside the building, Summers continued to keep Pryde safe. And though she could not see Logan and Ororo die at the hands of Sentinels or Piotr's ensuing rage, she could feel it all.

In NEW MUTANTS (1983) #18, Rachel made her first appearance in the present and made her way to the X-Mansion. After remembering the moment the government attacked that place and killed Professor X in her own timeline, she was understandably shaken. That feeling intensified when she knocked on the door and was greeted by Illyana Rasputin! Though this time period was supposed to be before she was even born, but she remembered Illyana as the exact same age! Freaked out, Rachel ran off and next appeared in UNCANNY X-MEN #184-185 where she wondered if she'd time traveled to the right past!

Though weakened by the trip through space-time, Rachel's raw power still made her the perfect mark for the energy vampire Selene. When the villain attacked, Summers ran off and wound up in Nick Damiano's night club. He took her home and gave her shelter. For his trouble, he got completely drained by Selene, leading to an apartment-destroying battle between her and Rachel. The latter reached out to Professor X who traveled with Nightcrawler, Colossus, Rogue, and Storm to track down the two powerful mutant signatures. They chased Selene away and Rachel broke down, convinced she'd made her way to the wrong reality. 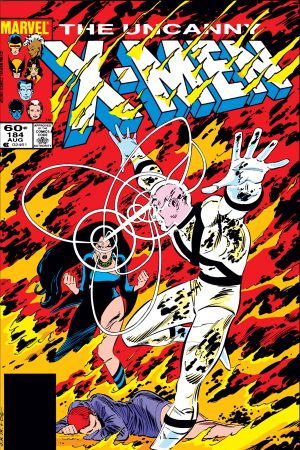 When one of her sessions with Professor X got interrupted by X-Men business, Rachel discovered Scott's phone number and called, but couldn't speak to him, crying at the sound of her father's voice before being hung up on. A few issues later, in issue #188, when she heard that Jean Grey had been killed, the psychic feedback alerted the grown-ups to her mental eavesdropping.

After apologizing for her outburst, she explained more fully where she came from, but also noted the importance of the X-Men carrying on as mutant Super Heroes. After projecting her world into the minds of Profess Xavier, Colossus, Nightcrawler, Rogue, and Storm, she explained that she managed to time travel physically instead of mentally, like Kate Pryde. All of this helped this particular group of X-Men realize that they needed to carry on Professor X's dream of all beings living in harmony.

From there, Rachel Summers became a regular part of UNCANNY X-MEN. In issue #199, she remembered some of her past as a drugged Hound to hunt down mutants in her own past. She also absorbed a portion of the Phoenix Force from Jean Grey's things and took the name as well. Later, she became a founding member of Excalibur and traveled the spaceways with the Starjammers before returning to Earth! 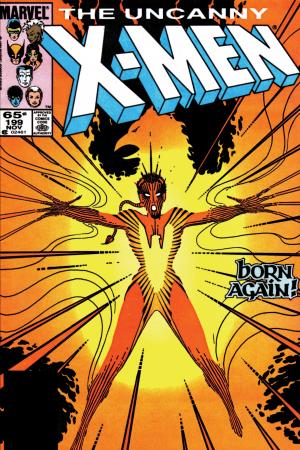 Let's take a look back at the time leading up to 'X-Men Legends' #1.