The Powerful Implications of 'Powers of X' #2

Spoiler alert! See how today's X-Men issue reverberates throughout the past, present, and future of mutantkind...

warning! This article contains spoilers for POWERS OF X #2, so read on at your own risk, True Believer!

The game has changed, but it remains to be seen if all of the players have been revealed. Jonathan Hickman and artist R.B. Silva’s POWERS OF X #2 followed up on the revelation in HOUSE OF X #2 that Moira MacTaggert is a mutant who has lived her life ten times with the full memories of her previous lives... And though Moira X may be the last Moira, she’s also the only version of Moira we’ve ever known.

Early in the issue, Moira lives up to her promise to break the rules by accompanying Charles Xavier on a trip to Island M, the stronghold of Magneto. With Charles’ help, Moira shows Magneto what will happen if they don’t work together...

Longtime X-Men fans may recognize Magneto’s trial from UNCANNY X-MEN (1963) #200. However, the image of Magneto fighting the Shadow King appears to come from UNCANNY X-MEN (1963) #275. It’s worth noting that we’ve never really seen the full story behind Magneto’s encounter with the Shadow King. But it’s unlikely this detail was included by accident. As mentioned last week, Moira spent a considerable amount of time under the Shadow King’s control at Muir Island. And who knows—he may turn out to be another important factor in this tale. 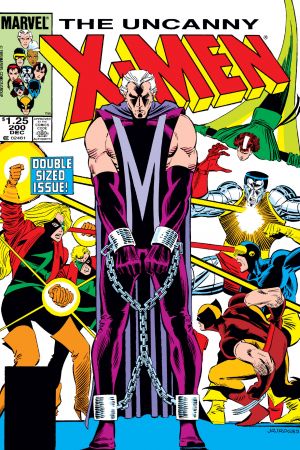 The newfound alliance between Magneto and Charles deviates from X-Men history as we know it. It can be difficult to reconcile this moment with everything that happened between the two men over the years; perhaps Moria’s tenth life is retroactively changing the past.

In the present, Moira is still absent. However, Charles and Magneto have given Cyclops a near impossible mission to stop Mother Mold from coming online. Mother Mold can create Master Molds, which in turn can create armies of Sentinels. But more to the point: they believe Mother Mold marks the point where Nimrod came online. The X-Men first encountered Nimrod in UNCANNY X-MEN (1963) #194, but that advanced Sentinel has only a passing similarity with the Nimrod seen here 100 years in the future.

The original Nimrod was so advanced that he was almost human, and he actually assumed a human identity as Nicholas Hunter and lived among ordinary people. The Nimrod of the future shows none of that capacity for emotion or empathy. Instead, he callously slaughters two men. This raises the question of whether the two Nimrods are entirely different entities. 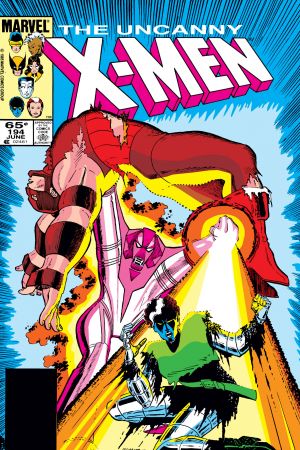 Perhaps the most astonishing reveal in the issue is that the leader of the X-Men of the future is...Apocalypse. While there is also an outside possibility that this is Evan Sabahnur grown up, Apocalypse’s mannerisms are more in line with his original persona. Once again, there's a wide berth for imagination to solve how Apocalypse joined the X-Men considering his survival of the fittest creed doesn’t match their own. Only time will tell.

As strange as it may sound to hear Wolverine call Apocalypse “boss,” there’s a line that suggests this isn’t the Wolverine we know. Apocalypse tells Rasputin and Cardinal that “War has a way of limiting perspective. It's a shortcoming of that seed,” while referring to Wolverine. Considering that Rasputin and Cardinal share traits of Magik/Colossus and Nightcrawler/Azazel, they may be “seeds” as well. The other new X-Men are also very familiar to us: Xorn, Magneto, and Krakoa in the body of Doug Ramsey.

Hickman and Silva saved another surprise for the end of the issue. 1,000 years into the future, humanity’s remnants made contact with the Phalanx. The X-Men have several encounters with the Phalanx, most notably in THE PHALANX COVENANT. Additionally, Ultron seized control of the Phalanx in ANNIHILATION: CONQUEST.

The reappearance of the Phalanx in the future suggests that they are far more advanced than before. They introduced themselves by saying, “We ate your worldmind.” While the humanoid machines crave the ascension that the Phalanx can provide, it may be a choice that they come to regret as HOUSE OF X and POWERS OF X continue to play out.

Read POWERS OF X #2 at your local comic shop now! Then head to Marvel.com/X for more on the new era of mutankind...

In this article: X-Men, Powers of X