The Real-World Science Behind the X-Men

Scientists from Stanford and Princeton weigh in on Havok's power set!

The mutant called Alex Summers is celebrating his 50th birthday after making his debut in 1969’s UNCANNY X-MEN #54. And just a few issues later, Alex would eventually become the X-Men team member known as “Havok.”

The brother of both Cyclops and Vulcan, Havok is a mutant who can absorb cosmic energy and shoot it back out of his chest as destructive blasts of plasma. When he was first introduced as the younger brother of Scott Summers in 1969, he was graduating Landon College and very much unaware that he was a mutant. But before he could celebrate this academic achievement, he was kidnapped by the Living Pharaoh, a villain who believed that Alex was the only person alive that could challenge his powers. Naturally, the X-Men thwarted the Living Pharaoh and his goons, but Cyclops ended up framed for the Pharaoh’s murder.

The action was moved to Egypt where Alex’s mutation first manifested itself, knocking the Living Pharaoh off of a pyramid. Confused by what he had done, Alex was told by Scott that he was also a mutant. While Cyclops did not understand the full extent of his brother’s power, the Pharaoh filled in some of the intellectual gaps. Cosmic rays power the mutations of both Alex and the Pharaoh, but as Alex’s abilities grew, the Pharaoh’s potency waned. 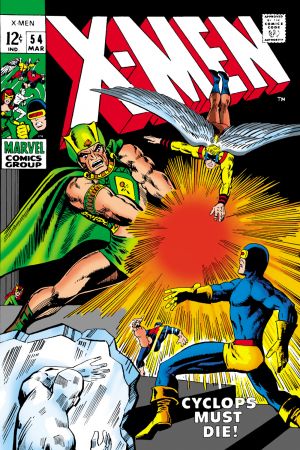 To find out about the real-world science (if there is any at all) behind Havok's super powers, we caught up with Professor Mark A. Cappelli, head of the Plasma Physis Lab at Stanford University!

“[The comics] suggest that the mechanism is that he harvests cosmic energy (e.g., gamma, etc.) and that the body metabolizes it to somehow generate electromagnetic energy that radiates from his body,” ponders Dr. Cappelli. "What [I understand is that] Havok radiates this beam from his chest and the beam ionizes the air. This is where the plasma comes in—it does not exude from his chest but is formed by the EM waves emanating from his chest.”

In the comics, Alex came to realize that was indeed extremely powerful; the only problem was that he couldn’t initially control his mutation. For example, he destroyed an entire Egyptian temple without meaning to and feared what his repurposed cosmic energy could do to an innocent human. His hero name, Havok, refers to the amount of chaos he can create simply by tapping into the rays that give him his power.

“It is true that intense EM energy can ionize air (for example, high tension wires will ‘hum’ because of the EM waves traveling along them—this hum is the corona ionization of the air,” Cappelli continues. “If you take a long-exposure image of a high voltage line that is humming at night you will see a faint glow). How the ionized air forms a directed beam is unclear.”

Later accused of being a demon by the Egyptian authorities, Alex let off a blast of cosmic rays before he could be taken into custody. After that, he fled and placed himself in isolation, ruminating on the fact that not even Scott’s powers were as dangerous as his. 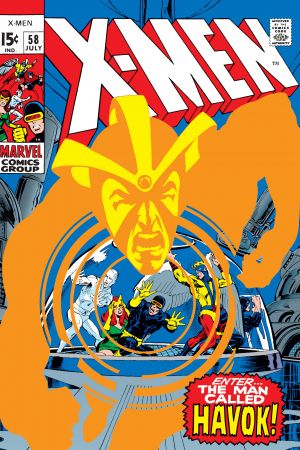 “As is the case for many of these characters, the creative mine produces some fantastic scenarios that are not backed up by the physics (but make for good entertainment!),” Cappelli concludes. “One might suggest that his body, during the metabolism of the cosmic energy, charges up positively to direct the positive air ions (N2+ - ionized nitrogen molecules or O2+ oxygen) to the target. But then one has to concoct a mechanism for this charging. But in this way, he forms an ion beam and not a plasma. Another possibility is that this electromagnetic wave is so intense that it generates a pondermotive force on the plasma as well.”

Following a deal with Larry Trask (son of Bolivar Trask, creator of the Sentinels), Alex donned his iconic super suit with the spiraled white circle in the chest area that allows him to channel his plasma blasts. The concentric circles on the suit allowed Alex to measure his energy input and notified him when he needed to “cool down.” Trask gave him the name of Havok, which Alex considered to be a bit “corny.” When Larry broke his promise to leave mutants like Polaris alone, Havok destroyed a neo-Sentinel.

For further intel into the hero's power, Patrick Crumley, the outreach coordinator of the astrophysics department at Princeton University, polled his department for a way in which plasma could be used a weapon similar to Havok’s mutation. The following explanation was provided:

“Plasma would be shot out using something like a plasma rail gun, and the ball of plasma that would propagate is called a spheromak, basically something that looks like a smoke ring but is made of plasma.” Science!

In this article: Havok, X-Men